Not Everyone Is A Star Athlete And That's Okay
Odyssey
CurrentlySwoonLifestyleHealth & WellnessStudent LifeContent InspirationEntertainmentPolitics and ActivismSportsAdulting
About usAdvertiseTermsPrivacyDMCAContact us
® 2023 ODYSSEY
Welcome back
Sign in to comment to your favorite stories, participate in your community and interact with your friends
or
LOG IN WITH FACEBOOK
No account? Create one
Start writing a post
Sports

Not Everyone Is A Star Athlete And That's Okay

You are perfectly perfect the way you are. 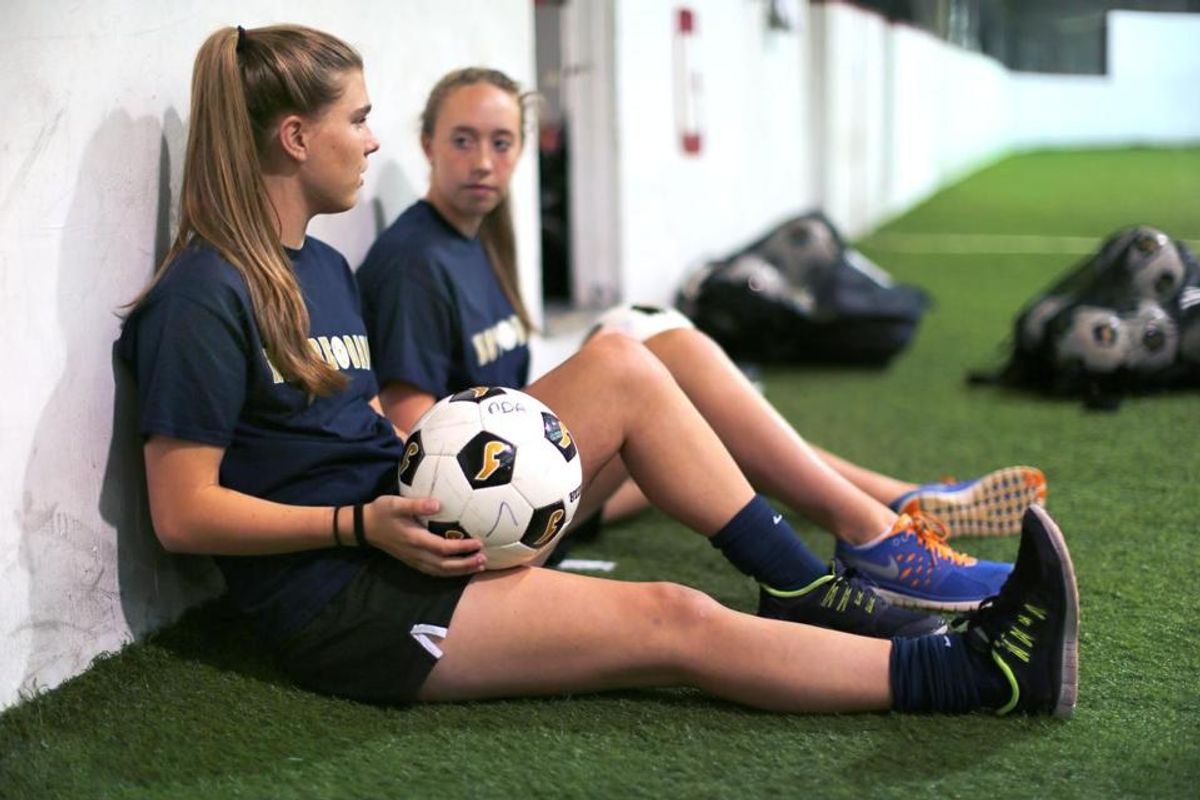 With the Rio Olympics in full swing, athletic pride is at an all-time high. Competitors from all over the world have their eye on a gold metal. Their reputations are on the line. But should they be?


As a human species, since our creation, we have been competing with one another, to be the fastest, the strongest. If you're not first you might as well be last. Athletic ability is praised above practically every other quality. There are entire franchises built upon athletes and their successes. It's no wonder why kids as young as three are pushed into sports, from gymnastics to tee ball. We grow up competing against one another and it comes as no surprise when athletic ability gets by far the most praise. No child wants to feel left out so they compete harder. They push past their limits and then keep pushing. And some push hard enough to become an Olympian. Don't get me wrong, Olympic athletes deserve a spotlight for all of their hard work and unwavering dedication. But it's time to stop the madness.

Even at the Olympic level, the best of the best, getting anything less than gold is an unspoken disappointment. Somewhere along the way we as a people decided that you have to be the best, not second best or third best and not just the best at anything, the best athletically in order to feel worthy and whole.

I was an athlete and I don't agree with this. Here's how I see it: tell a person they aren't good enough for long enough and they will start to believe it. In the world of athletics, you are never good enough. Your great yesterday is only your good today. Success lasts a second before it is jerked away and given to the next "best." So why, why do we as a society place so much emphasis on something so temporary? Our bodies were never made to sustain high-level athletics, they just weren't. Why is it so widely accepted that our feeble bodies ability to perform athletic tasks be used as a determinate for our success as a person?

At the end of the rope of athletic success is a body plagued with overuse injuries and a mind too corrupted to know when enough is enough. Stop determining your worth on whether or not you were the star basketball player or if you got a full ride scholarship to a DI college. These things come at a steep price that many don't understand. We all can't be star athletes and that's okay.

We need math whizzes and book nerds to keep this green planet of ours turning. Stop apologizing for who you are. Don't feel less because you can't run a six-minute mile or throw a baseball the fastest. Some people are athletically gifted and some are not and maybe that's why I never made it in the world of athletics. I refused to compete for my worth and I got beat out. God is the judge of my worth now and I'm okay with that; I'm not looking for the world's acceptance.

Don't focus on what you can't do, focus on what you can do. Let's make a conscious effort to stop measuring our worth athletically because athletic ability comes and goes in a flash. Do yourself a favor and read a book or two, take a road trip, discover new places and stop worrying about if you measure up. You are perfectly perfect as you are.

Nicole Marie Nigro
Individual Creator
9313
c1.staticflickr.com
Where to start...... Let me start with the cliche that life throws us curveballs and what we do with it is what counts.