A Stand Against Bullying

Changing perspectives for a different approach. 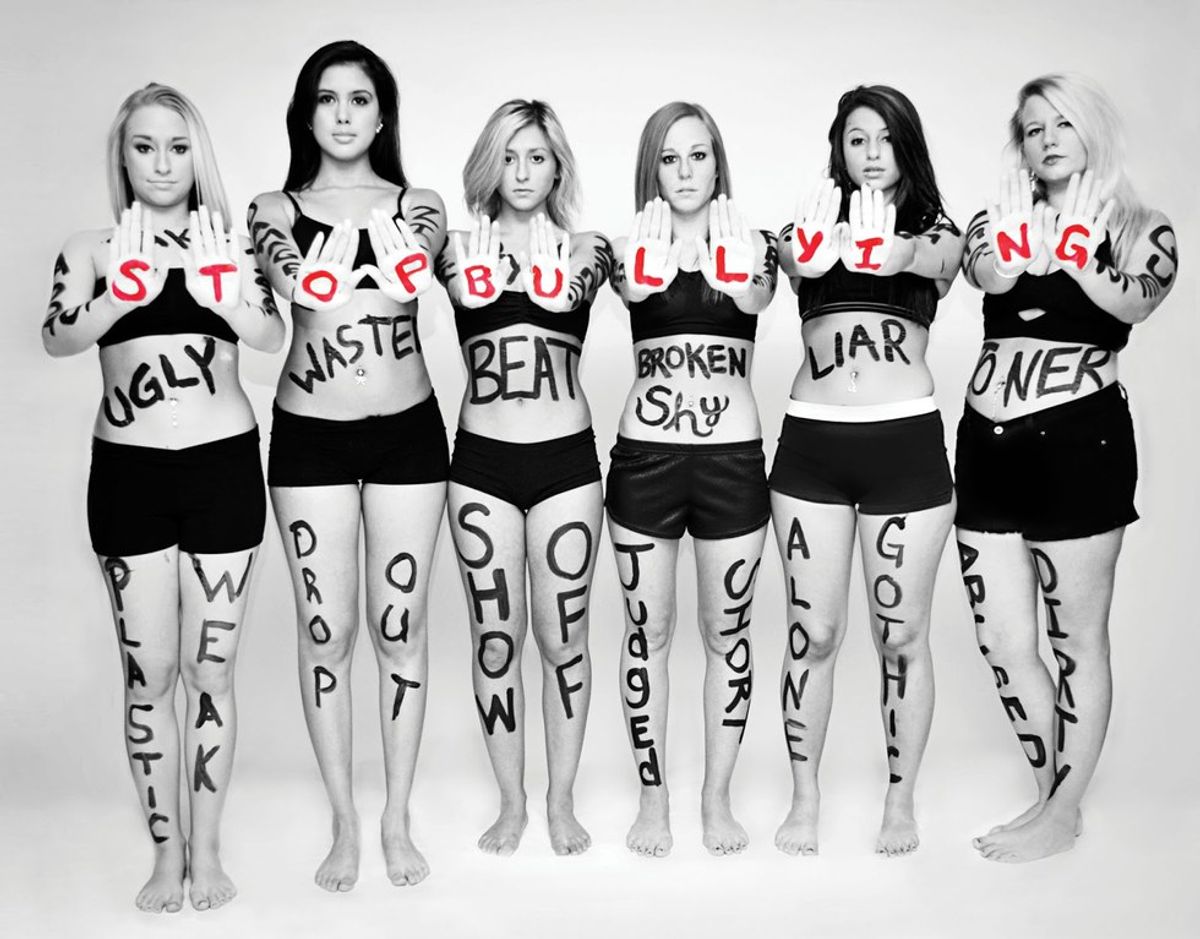 Something we can all agree on is that this seems like a never-ending, worldwide issue that needs to be resolved and brought to light. Bullying is an act— it is a cover up for those who are unhappy with their own lives and it seems as if it is impossible to stop the unfortunate minds behind it.

Bullies have small, simple minds and they think they are in control when they truly are not; sadly, they know no other way to deal with their problems than to bring people down with them. The root of the problem? The parents, the adults in their lives, and most importantly the people they idolize. To the ones parenting the accomplices of this monstrous and nauseating act, who truly have no clue what parenting a child means but are instead more familiar with the meaning of “checking out” on their child, it's time you get your act together. This problem begins with YOU, the ones who have the most important job in teaching their child right from wrong, ethics and morals, and to refrain from contributing to the problems in our society. There are what seem to be endless stories on the news about bullying and the people who took their lives because of it.

To the ones being tormented, you are the better person. As tough as it is, you must stand up against this issue and show that these bullies won’t get what they want out of you. They will try so hard to intimidate you, but you yourself has to be the one that can’t be intimidated. It is disgusting that people could come to terms with themselves knowing they are mentally, sometimes physically destroying somebody else, but that is the irony of it— these bullies are not coming to terms with themselves, and this is why they do this. They’re unhappy with themselves, their lives, and they envy the people they torture. But what do they get out of it? NOTHING. At the end of the day, they go back to the same problems that eat away at them and they waste nothing but time trying to ruin somebody else instead of trying to piece themselves back together.

The truth about this subject is that no matter what you try to do to stop it, nothing ever seems to work. Seeing someone you love being so affected by bullying causes such a heartache that you cannot even bear, and knowing those horrible, underachieving, hopeless people we all call bullies don’t care hurts even more. Aggression towards this issue will do nothing but give the bullies satisfaction, so instead it is important to approach this issue in a way that will destroy them... and I say destroy them because they will accomplish nothing knowing the victim is paying no mind to their immature act. It is sad to see in 2017 that there are still people existing in this society who would push you to the ground and walk without hesitation, leaving you to fend for yourself alone.

Bullies are the people who help no one but themselves, and those are the people who will go nowhere in life; getting satisfaction out of seeing others fail or get hurt will not bring you any higher. To the victims and families dealing with this situation, it is hard, but dealing with it in a different light will make things much better. Continue to be the better person and keep fighting to put this everlasting issue to rest. Stand up against the bullies and just know all you will gain from it, and everything they will lose (if losing even more for them is possible). There is no way to ever understand what goes on inside their twisted minds, so just know that they envy you and wish to be you, and use that to rise above.