Why Sorority Recruitment Is Basically 'The Bachelor'
Odyssey
CurrentlySwoonLifestyleHealth & WellnessStudent LifeContent InspirationEntertainmentPolitics and ActivismSportsAdulting
About usAdvertiseTermsPrivacyDMCAContact us
® 2023 ODYSSEY
Welcome back
Sign in to comment to your favorite stories, participate in your community and interact with your friends
or
LOG IN WITH FACEBOOK
No account? Create one
Start writing a post
Student Life

Why Sorority Recruitment Is Basically 'The Bachelor'

All is fair in love and pref round... 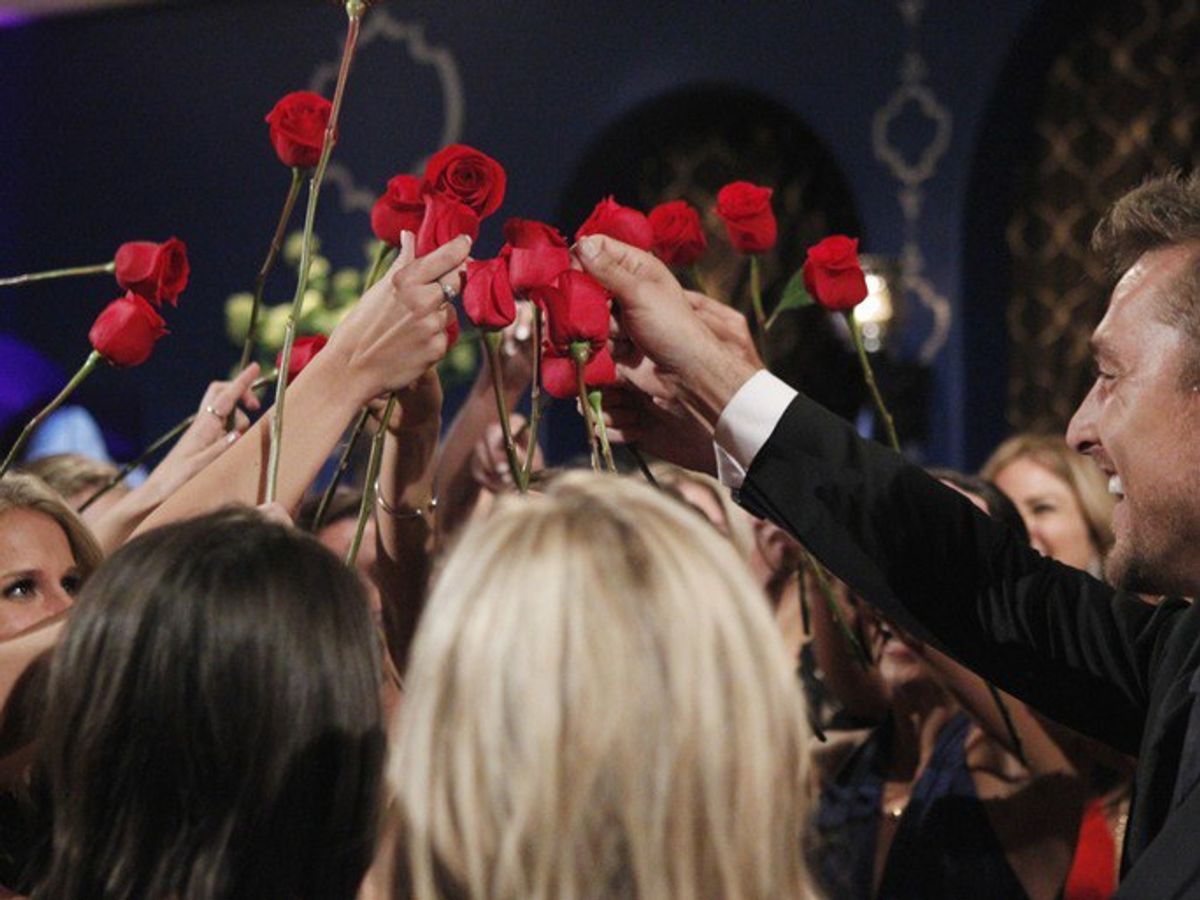 PSA to all "Bachelor" fans: this article will include spoilers in regards to the beautifully tragic season 20 finale. So now that that warning is out of the way…

Ben Higgins, I hate you. But I really do love you at the same time. You toyed with my heart and led me in a million directions. I wanted to kill you but I also never wanted the season to end. Sorority recruitment -- I could say the same to you. No one has ever made me question my self-worth more than you have. But you were so exciting!! Half of me wanted it all to be over that very second, but the other half wanted the uncertainty of the imminent new phase of life to never end. This, my friends, is why sorority recruitment is more similar to the Bachelor than you ever thought possible. Still not convinced? I have valid reasoning I swear. (Much better reasoning than our good old pal Ben…)

1. Walking into your first ever round.

Or when you’re just completely insane.

2. When you run out of things to say so you try to get creative.

Or you just are looking for anything to differentiate yourself from the rest of the pack. (A for effort Samantha)

3. When you completely forget how to speak during your last round of the day.

Or when you first meet Ben you’re so taken aback by his beauty that you’re speechless.

4. When your friend gets called back to your favorite house and you didn’t and she didn’t even like them that much.

Or when you just really want a one on one date and a girl who’s already had one gets another one.

5. What it looks like when you look around approximately 70% of the time during recruitment.

Or when you just really, really love this guy who's dating 20 other women at the same time as you and you’ve only known him for a month.

6. Talking to your rush crush.

Or talking to the “love of your life.” Ugh, Lauren B why must you be so charming and cute. It’s kinda hard to hate you.

7. When you start to tell a girl during philanthropy that you haven’t washed your hair in three days because you heard it’s good for your roots.

Or when you just get really drunk the first night and finally realize you maybe could have potentially started off on a bad note.

8. When you go over everything you said during rounds for the eight hundred and second time that night.

Or, once again, when you’re completely insane.

9. When you’re so stressed on bid day that you and your friends decide to go for a run.

PSA: me and my friends actually did this and it forced us to stop talking about recruitment for a whole half hour since we could barely breathe, let alone talk. And afterwards you're so tired you, almost, forget what you'll be doing later.

10. When you get bid promised by a sorority and they snub you and don’t give you a bid.

Or when A STUPID BOY TELLS YOU HE LOVES SOMEONE ELSE MORE THAN HE LOVES YOU. (I’m still bitter about it, OK?)

11. When you get the best redemption EVER by joining a chapter that you LOVE and couldn’t imagine yourself anywhere else.

Ben, will you change your mind when you watch this babe of a human get fawned over by 28 hunky as hell men??

Disclaimer: these are not all of my personal experiences (even though number seven unfortunately, definitely is) and I am in fact #teamjojo (in case you didn’t realize that already).

So next round of PNMs -- whenever you’re nervous during rounds or feel like you’re going to puke before you find out what chapters you’re going back to every morning, just imagine Ben Higgins (or whatever-hopefully-better-at-decision-making Bachelor comes next) is waiting for you to make it to bid day. It may not be a rose, but a bid is pretty damn great alternative.