The struggle of the sophomore slump
Odyssey
CurrentlySwoonLifestyleHealth & WellnessStudent LifeContent InspirationEntertainmentPolitics and ActivismSportsAdulting
About usAdvertiseTermsPrivacyDMCAContact us
® 2023 ODYSSEY
Welcome back
Sign in to comment to your favorite stories, participate in your community and interact with your friends
or
LOG IN WITH FACEBOOK
No account? Create one
Start writing a post
Student Life 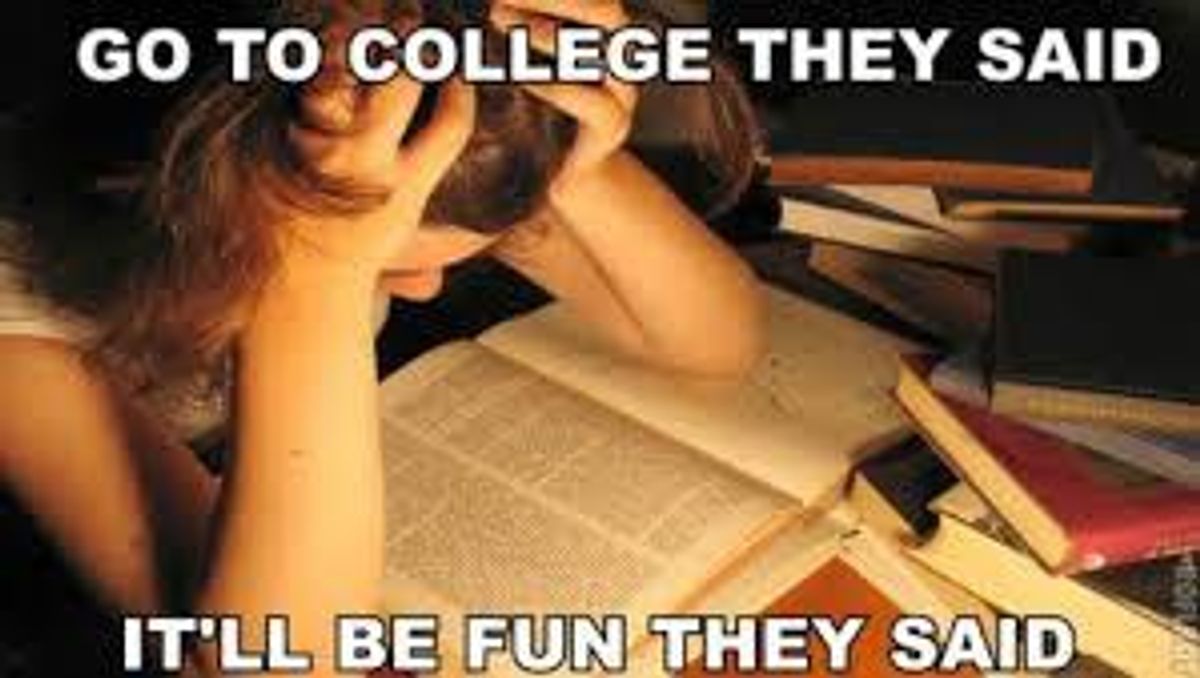 Also wrong. Just because you are not longer a freshman, unfortunately doesn’t make you immune to packing on the lbs your second year at school. Some people are so psyched that they didn’t gain the obligatory 15 pounds freshman year that they just assume they’re in the clear for the rest of their time at college. Sophomore year might even be an even more difficult to keep your health in check. If you now live in an apartment with your own kitchen you might have to pay for your own groceries and skip the meal plan. This could be either a blessing or a curse when it comes to eating healthy depending on how much time/money you’re willing to spend. Cooking healthy meals takes a lot of time and it is expensive! Meanwhile fast food is dirt cheap and very quick. So don’t be fooled by the catchy saying, you can most definitely still gain weight even if you have been spared the “freshman 15”.

For many, sophomore year means ditching the dorms and becoming a real human and live in a real life apartment. Whether it be on campus or not the transition from a dorm to an apartment is a big one and takes some getting used to. You no longer have paid staff to clean your bathroom, you have to cook for yourself, and all while being a college student! The apartment experience really does depend on the types of roommates you have. Luckily I get along with mine (right now) but you will inevitably get annoyed with your roomies sooner or later. Your roommates are going to forget to buy toilet paper, or not put another bag in the garbage after taking it out, or not take the garbage out at all. It will drive you crazy. You will survive. What I miss most about living in a dorm was that I was basically living with my ten best friends my freshman year. Now my closest friend is about a seven-minute walk from my apartment. Not ideal.

“Put That Beer Pong Down”

During the first few weeks of my sophomore year I have come to the realization that frat parties aren’t as magical as they were when I was a freshman. I remember my first frat party * sighs nostalgically *. It was all so cool and foreign. Plus I no longer had a curfew so needless to say I was excited to be going out as a college student for the first time. I was star struck. There was cool music, there were cool guys and free beer (even if it was luke-warm natty light). My first semester of college I learned the hard way that going out three days a week does in fact take a toll on you (and your GPA). Although I was having a great time, I found that with every frat party I went to throughout my freshman year the magic of them was slowly wearing off. At the end of my first year I couldn’t help but think to myself “I am too old for this.” Don’t get me wrong you will probably find me at your local frat party this weekend, but I do miss the magic.

Being broke is basically a rite of passage as a college student. The four years you spend as an undergraduate student is probably the only time in your life it will be socially acceptable to be dirt poor. Everyone knows the struggle and no one will judge you for eating Ramen for every meal for a week straight. Something I noticed is that my parents were much more eager to give me money during my freshman year than they are my sophomore year. My phone calls home last year were a lot different than they are now. Last year, my mother would answer the phone enthusiastically, so happy that her loving daughter decided to phone home. If I even hinted that I was pressed on cash, she would send me money in a hot second. After a year of that, my mom isn’t so enthused about shelling out money to me. When you’re a freshman, your parents miss you and are happy that you still need them. But after a year, they’re used to having you away from home and are getting tired of giving away money. This is why you have to make the most of your freshman give outs and try to save up for when you’ll really be needing it.

Being a sophomore is awesome because this isn’t your first rodeo, you know what to expect but you don’t have to be worrying about your resume or internships just yet. Being a sophomore is difficult because you know what to expect therefore more is expected from you. Classes get harder and being a freshman isn’t a viable excuse anymore. My advice: make the most of it! You’re almost half way through the best four years of your life. Don’t waste it!