Two Solutions To Police Brutality
Odyssey
CurrentlySwoonLifestyleHealth & WellnessStudent LifeContent InspirationEntertainmentPolitics and ActivismSportsAdulting
About usAdvertiseTermsPrivacyDMCAContact us
® 2023 ODYSSEY
Welcome back
Sign in to comment to your favorite stories, participate in your community and interact with your friends
or
LOG IN WITH FACEBOOK
No account? Create one
Start writing a post
Politics and Activism

Addressing the Social Injustice of Excessive Force by Police 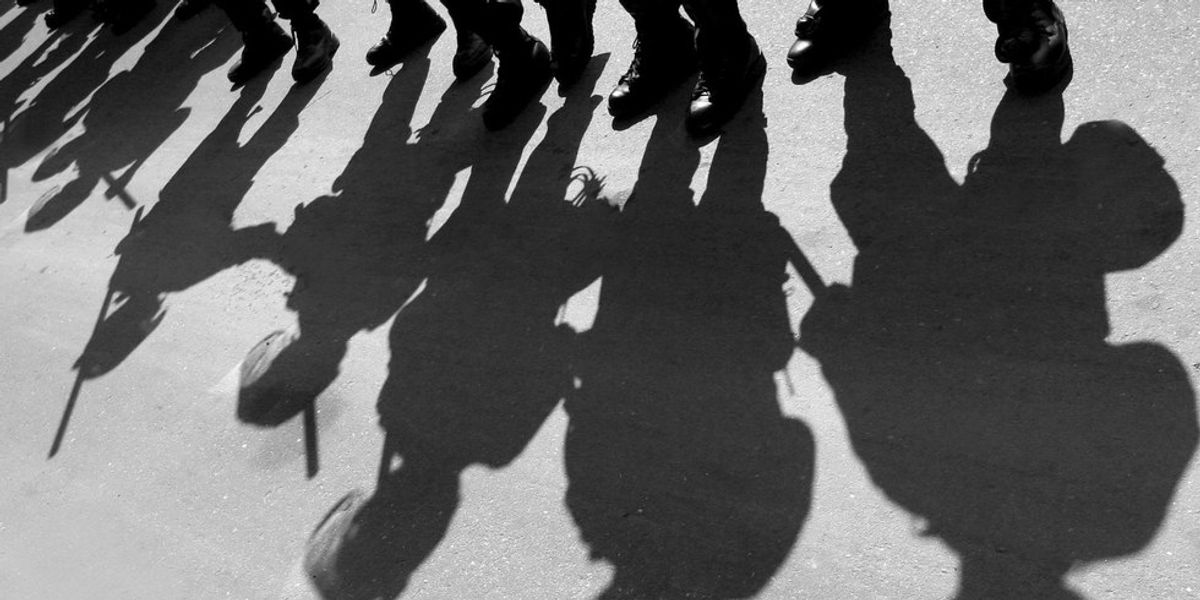 The election of Donald Trump for President has set a precedent of the kind of rhetoric that is now deemed acceptable by many in our society. The level of racist, sexist, genderist, and xenophobic attacks on minority individuals has increased astronomically due to this perception that because Donald Trump will be the new President, the man who insulted every group imaginable and incited hatred against others, people feel they now have the right to treat others physically, emotionally, and verbally as “less than.” This is unacceptable. Every person who knows this is now obligated to call out such behavior if they see it happening. If this is happening to you, know that I stand with you. I will fight with you for your right to live a happy and healthy life without fear of other’s persecution against your religion, sex, gender, ethnicity, or race.

There is also a large body that is obligated to fight for your human rights---the police. Now, more than ever, we need to think of the police as our protectors and justice enforcers of society. Given that 832 people have been killed by police so far this year, many in ways that were unjust, un-American, and unconstitutional, changing our mentality of the police will be a challenge. However, it is vital that this mentality to becomes reality. The following two solutions are just the start of imposing policies designed to mandate police behavior.

The first solution is more, and better, training in dealing with all risk type situations, and learning how to deescalate those situations in ways that do not resort to violence. In addition, police need more training in dealing with persons with mental illnesses. Right now police officers are so “trigger happy” that their first instinct is to reach for their guns. Yes, there are times when using guns are necessary, but given the current death toll, surely several of those cases could have been solved without guns. For example, say a young black teenager runs away from the police, even though they are innocent and unarmed, because they have been socialized to fear the police. Instead of running after the teenager, the police shoots the teenager from behind and end up killing them. Running from the police is a crime; however, that crime should not be punishable by a death sentence. Police need to be retrained so they can distinguish between those situations that actually require gun use, and ones that do not.

Police also need to be held accountable for their crimes if there is significant evidence to prove them guilty. Taking the police off the force is not a fitting punishment for any unnecessary violent behavior against another person. Even though police are upheld to higher standards of behavior, that does not mean they should receive a lighter sentencing due to their occupation. Police must be tried and sentenced according to the same standards as ordinary citizens.

These are the two obvious solutions, but another necessary one is encouraging understanding, empathy, compassion, and trust between police and society. We must work together to address the problem of police brutality, and together, we need to rebuild the mentality that the police are our protectors and justice enforcers.