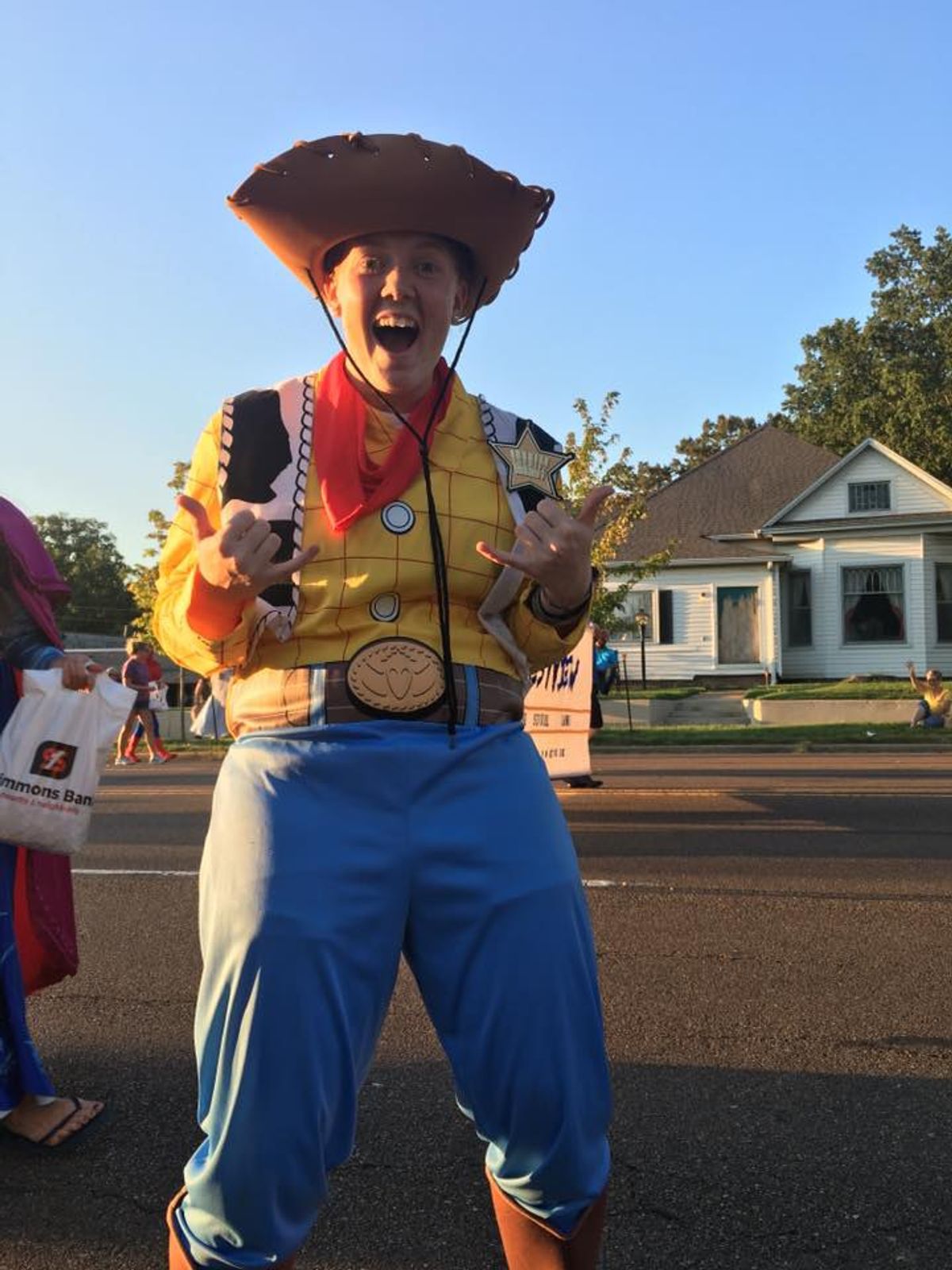 The Tennessee Soybean Festival held annually in Martin, TN has been a long-standing tradition that continues to expand. One of the most simplistic yet exciting events throughout this time period is the Soybean Festival parade. As a general event, parades across the country have somewhat lost their flair; however, I can assure you that this parade is not one soon to be forgotten.

As a former softball player for Coach Donley Canary at the University of Tennessee at Martin, I had the honor of walking in the parade two years in a row and attending the parade for many years after. Thanks to Coach Canary and his excellent coaching and leadership skills, he instilled and continues to instill the purpose for community service and involvement in his players. In a town like Martin, TN, being involved in the community via service acts just as walking in the Soybean Festival parade dressed as Disney characters is not just about doing a good deed because your coach told you to; the purpose travels much deeper than that.

Walking in the Soybean Festival parade has been a UT Martin softball tradition for many years. Though costumes have changed and players have come and gone, the purpose has always been the same. Representing the University and softball program for the Soybean Festival is not just about getting free pizza, wearing a thick costume, throwing out candy and spending precious time away from things you’d rather be doing, like studying or getting ready for the nightly concert; the parade represents communal and social values that lay the foundation for the small, close-knit town of Martin, TN.

As a freshman on the UT Martin softball team, I was less than thrilled and more than anxious when Coach Canary said we’d be dressing in costumes to walk up and down University Street. I mean, I could barely make my way around campus for goodness sake. However, the promise of free food and being with my teammates gave me the encouragement I needed to at least put a smile on my face, and, after all was said and done, I was thankful for the opportunity and even more thankful that I made it through the night without tripping, falling, or making some little child cry.

It was not until the next year, though, when the rush of being a freshman athlete had faded away, that I honestly realized the importance of what Coach Canary wanted us to realize about traditions, the town, and the way things were done in Martin.

The Soybean Festival parade presents not just the UTM softball team, but all of Martin, TN with an opportunity to do just that—to get involved, to showcase what’s special about Martin, and to encourage the people who live in the town to hold tightly to the values that matter.

The parade is a time to come together. Families and friends gather on the street with Wal-Mart bags and baskets ready to collect the mass amounts of candy that is sure to be thrown. It’s a Mayberry-esque feeling, where friends gather on each other’s porch steps, share lawn chairs, and collectively chase around the children in an effort to keep everyone safe while still attempting to grab the most candy.

The parade is a time to celebrate the best parts of our community that are so very often taken for granted, like our county’s beloved mayor and his beautiful family, the old-school tractors reminding us of our heritage and the Martin mini cheerleaders, who are just happy to have a chance to showcase their skills.

The parade is also a time for experiences, like a California-native getting to pet a horse for the very first time. Like a little boy catching tootsie rolls from Toy Story’s Woody. Like local high school students promoting a drug-free lifestyle. And like a little girl finally meeting Cinderella and having the best night of her life thus far!