It came to a point where looking at feeds made me feel so sick because I was constantly questioning my relationship with people on the other side of the screen based on their feed for no reason. 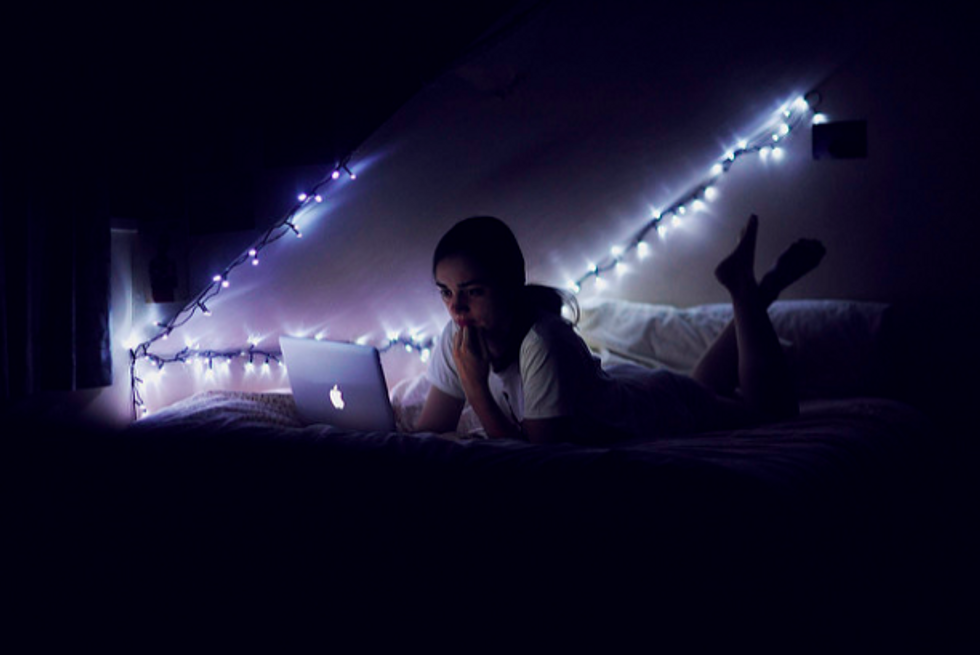 As a business major, I really wanted to see the marketing strategies behind groups so why not volunteer to work with their accounts and see what happens behind the scenes? However, I really stepped into the dark side of having so much social media while having multiple accounts.

I'm not the best person when it comes to caring about social media. I only have like 600 followers and a lot less on Twitter and Facebook because I rarely use them. I wanted this experience to make me be able to see what people wanted to see on social media and what makes them want to follow people.

I started by following a lot of people that go to my university since the groups I worked with were campus oriented and it was new and exciting for the first two days. Having new feeds to scroll through in my spare time wasn't exactly "fun" in a word, but it was time-consuming and something to do while I was waiting on something else. But after a couple of days, I found myself starting to follow more and more people I shouldn't.

The people who you wouldn't follow from your personal account, a crush's ex, or someone you just really want to secretly lurk on; it was all right there and it was easy to access from a public account. It was just so tempting to see what they were up to!

You could follow a huge mass of people and no one would really care because it was a group's Instagram and normally people wouldn't associate that with just one person. It is unprofessional to follow people for personal reasons but by following a lot of people who go to your school and will follow you back, you are still promoting, I told myself.

However, it got really unhealthy because I just started seeing all these pictures that I wouldn't normally see and I started getting really paranoid about my relationships with people. I also was getting sick of some of the people on my personal feed so I unfollowed half of the people I followed because I just wasn't happy with what I was seeing anymore.

Of course, I kept people around whose feeds I enjoyed or we had a personal connection but everyone else had to go. I also really didn't like the appearance of my feed anymore so I started deleting a lot of my pictures even if they had emotional significance and I ended up not posting anything for over a month when I used to be on the habit of usually posting at least once or twice a month.

Social media had just become a dark burden on my mental health. It came to a point where looking at feeds made me feel so sick because I was constantly questioning my relationship with people on the other side of the screen based on their feed for no reason. It was just dumb paranoia and feelings of self-conscious.

I started limiting myself on who I followed and now I try to contain an open mindset when I use the social media for my groups. I really try not to personalize myself into anything with who I follow, especially on group pages. I try instead to put it into creativity with my media. I want to work harder to make the feeds that I want and that's what I want to care about with social media.