So The U.S. Women's Soccer Team Didn't Win...
Odyssey
CurrentlySwoonLifestyleHealth & WellnessStudent LifeContent InspirationEntertainmentPolitics and ActivismSportsAdulting
About usAdvertiseTermsPrivacyDMCAContact us
® 2023 ODYSSEY
Welcome back
Sign in to comment to your favorite stories, participate in your community and interact with your friends
or
LOG IN WITH FACEBOOK
No account? Create one
Start writing a post
Sports

Losing at the Olympic level. 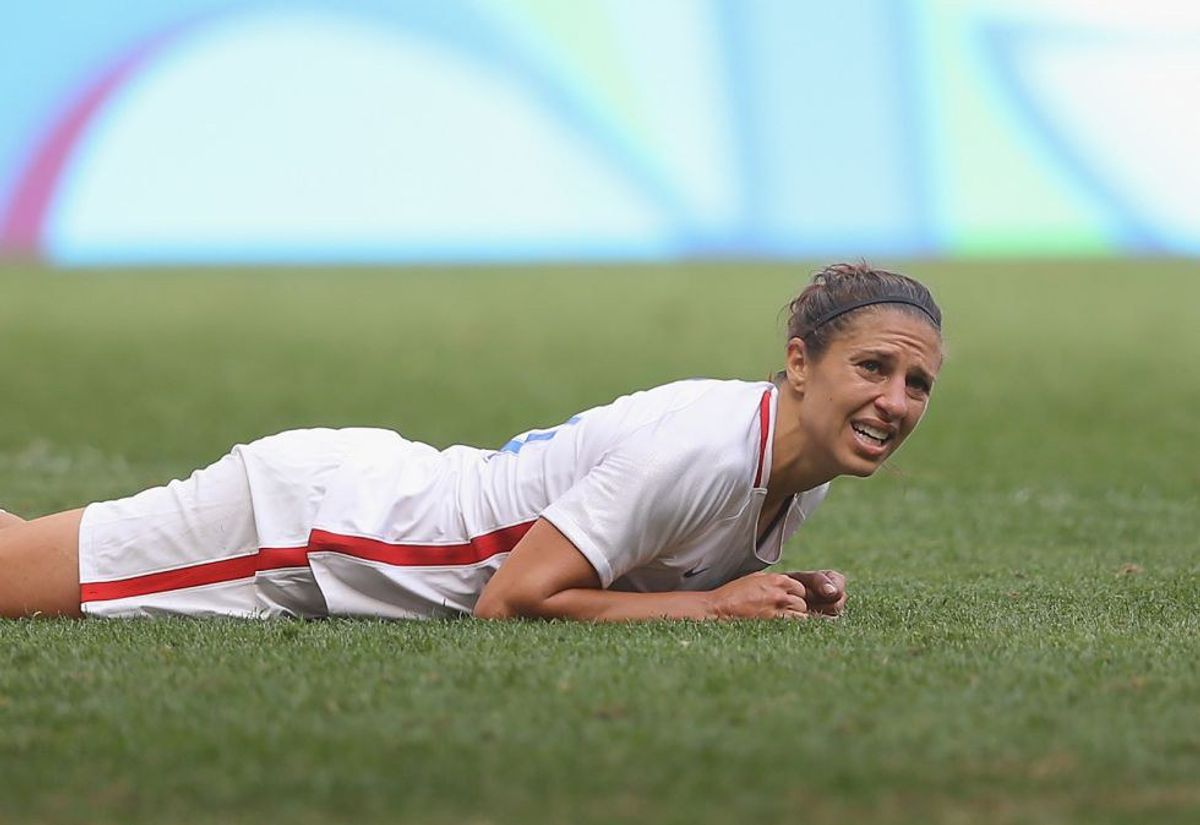 If you're anything like me, you spend any free time glued to the TV during the Olympics. Yes, every fourth summer I rush home to watch our swimmers, runners, volleyball players, gymnasts, and our soccer players show the world who's on top in their respective events. Sometimes though, we're not the ones on the podium, and The Star-Spangled Banner is not playing for the world to hear.

Like the majority of patriotic sports fans this past Friday, I was glued to the TV as the USWNT took on their old coach, Pia Sundhage, and her team, Sweden. If you were tuned in then you probably heard announcers talk about how Olympic matches rarely went into extra time. Then you probably, like me, heard about how (before now) the games had never gone into penalties. And then they did.

Perched on the edge of your seat and clutching your chest as each player went up to kick, you may have uttered a foul word when the Swedish keeper blocked Alex Morgan's opening shot, and gained your confidence back when Solo blocked a Swede's shot. But when Christen Press's shot missed above the crossbar, that sinking feeling in your stomach told you this might be the end of the road. When it was, you probably sat there dumbfounded.

Not only are we used to America dominating in everything, but our beloved USWNT is the reigning world champions, both in the Women's World Cup and the past Olympics. So imagine the shock and heartbreak supporters felt after that narrow defeat. Obviously what I as a fan feel is nothing compared to those women who put their hearts out on the field and still had to come home empty handed--I can't even imagine how wild their emotions were going--but it makes you wonder, what do I do now?

Sure, as a soccer (insert other event here if necessary) fan, I have other teams that I recognize as good, and like to see succeed, but I never wanted to root for them on the world's greatest stage. I never thought I'd have to, but maybe I will.

It's just a loss. One loss. Yes, it was in an elimination round, and yes, it royally sucks, but that's far from the last of us. Worst Olympics ever? Maybe technically, but the team I watched out there was far from bad. So we didn't make the semifinals, so what? Maybe the other teams are starting to catch up to us. Maybe our coach had a bad game (it happens to everyone, not just players). Maybe there was just some really bad luck on our side when it came down to calls by the referee, or during the PK's. Who knows what it came down to, but it is what it is and we have plenty of time to work for next time. Because the United States will be back on top in no time at all, and better than ever. Always are.