Why Small Boobs Are Better Than Big Boobs 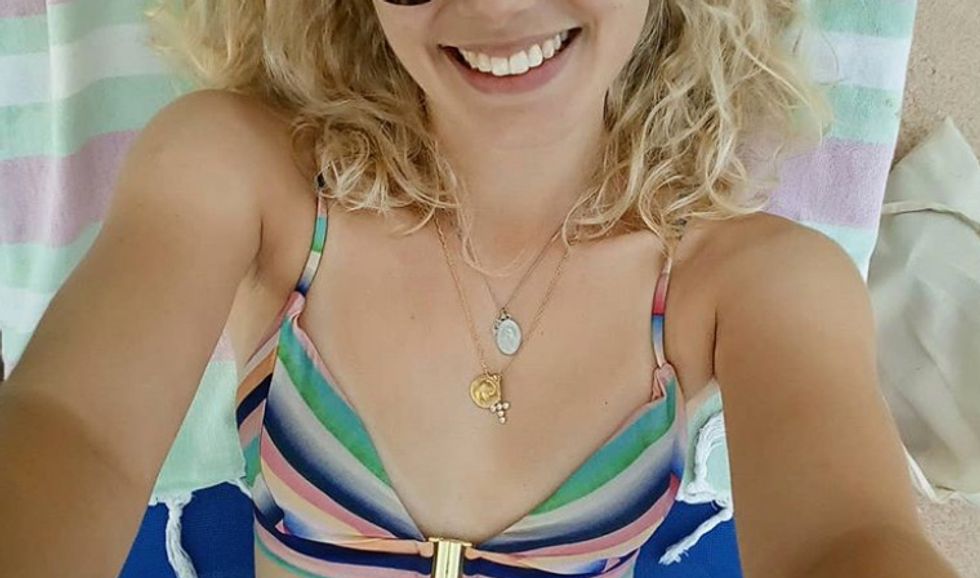 Since I started puberty I grew and progressed like all of the other girls. But there is something I noticed that is very obviously missing. Where in the hell are my boobs?

I wasn't exactly blessed by the boob fairy when she went around handing them out. I envied girls with larger chests for most of my life because boys seemed to pay more attention to them, and they always looked so much more grown up than I did. And don't even get me started on the Itty Bitty Titty Committee jokes. Yes, I am the president of the IBTC. No, we are not accepting new members. I have heard all of the jokes and none of them are funny.

I heavily considered asking for a boob job for several birthdays and have invested what could have been my life's savings into push-ups and padded bras. It's a wild ride, but all of that is expensive and pretty unrealistic.

I just desperately wanted bigger boobs for the longest time, but, what I didn't think about until fairly recently was how much more inconvenient bigger chests are. Once I figured out what they through, I proudly reclaimed my seat at the Itty Bitty Titty Committee meetings and embraced my flat chest.

Not only do big boobs bring struggle, tiny ones actually have a few perks like these:

1. Sleeping on your stomach.

I never thought about how uncomfortable it must be to sleep with real boobs on your chest. It has to hurt at least a little and just be next to impossible to do in the first place.

Laying face down is effortless and painless for me. I can breath, I can move around as much as I want, and I can get into the comfiest of positions. It's actually how I prefer to sleep. I'm not sure I would be able to pull that off with actual boobs.

It is extremely rare for anyone to notice that I am not wearing a bra. I wear relatively loose fitting clothes so you wouldn't even be able to see the bra if I had one on. If I don't feel like using those human torture devices then I don't have to. I don't have much of anything for it to keep up and support. A relatively loose fitting shirt covers up my nips and keeps me comfy.

3. Your boobs don't hurt when you run.

There is nothing painful about exercise when you have tiny boobs. Nothing is jiggling or flopping around while you run. Nothing gets crushed if you do a push up. Your sports bra keeps it all in and contained. Actually, I don't even have to wear a sports bra. I could wear a bralette and not have to worry about where my boobs will go and who will see them. It's all carefree movement.

I hear that boob sweat is a huge struggle when you have bigger boobs. There's more places for it to make tiny uncomfortable sweat pools. Plus those little boob sweat rings that tend to form on your shirt for the world to see. Not to mention having larger boobs has to increase your body temperature so it has to be uncomfortable on hot days to begin with.

There's nothing weighing the bra down and sending it directly to my waist. If I need to wear a strapless bra to class up an outfit a little, I don't have to worry about it falling down or coming off somehow during the day. I keep the straps with me in my purse or something, just in case, but rarely have I ever had to use them unless the strapless bra is pretty old.

I don't have to pray that my boobs won't sag to my knees after 40 years. They'll be right where they've always been. Plus, with smaller, non-saggy boobs, people tend to think you're younger than you actually are because your boobs aren't resting on your stomach.

My cousin's best friend had such big boobs that she had a slouch, and she had crippling back pain every day. She used to joke that she wished they came with a shelf. I can only imagine what it's like to feel weighed down like that every day.

Lace, polka dots, stripes, oh my! Not to mention that they actually tend to be a little cheaper. It actually makes bra shopping kind of fun instead of an actual torture device.

9. All of the cute clothes.

I can wear whatever I want without worrying about my bra showing and ruining the look because I don't have to wear one! I also don't have to worry about showing too much boob or accidentally having a nip slip because my boobs don't have free range of movement.

Now, none of this is to say that having a larger chest is a bad thing. Embracing what you've been given is important, no matter who you are or what your body type is. Everyone is beautiful in their own right. I just happen to be showing some love to the flat chested girls like me, trying to keep up.