A Slice Of Life From A Lifestyle Comic
Odyssey
CurrentlySwoonLifestyleHealth & WellnessStudent LifeContent InspirationEntertainmentPolitics and ActivismSportsAdulting
About usAdvertiseTermsPrivacyDMCAContact us
® 2023 ODYSSEY
Welcome back
Sign in to comment to your favorite stories, participate in your community and interact with your friends
or
LOG IN WITH FACEBOOK
No account? Create one
Start writing a post
Entertainment

A Slice Of Life From A Lifestyle Comic

How Hmong-American artist Duachaka Her is striving for relatable characters. 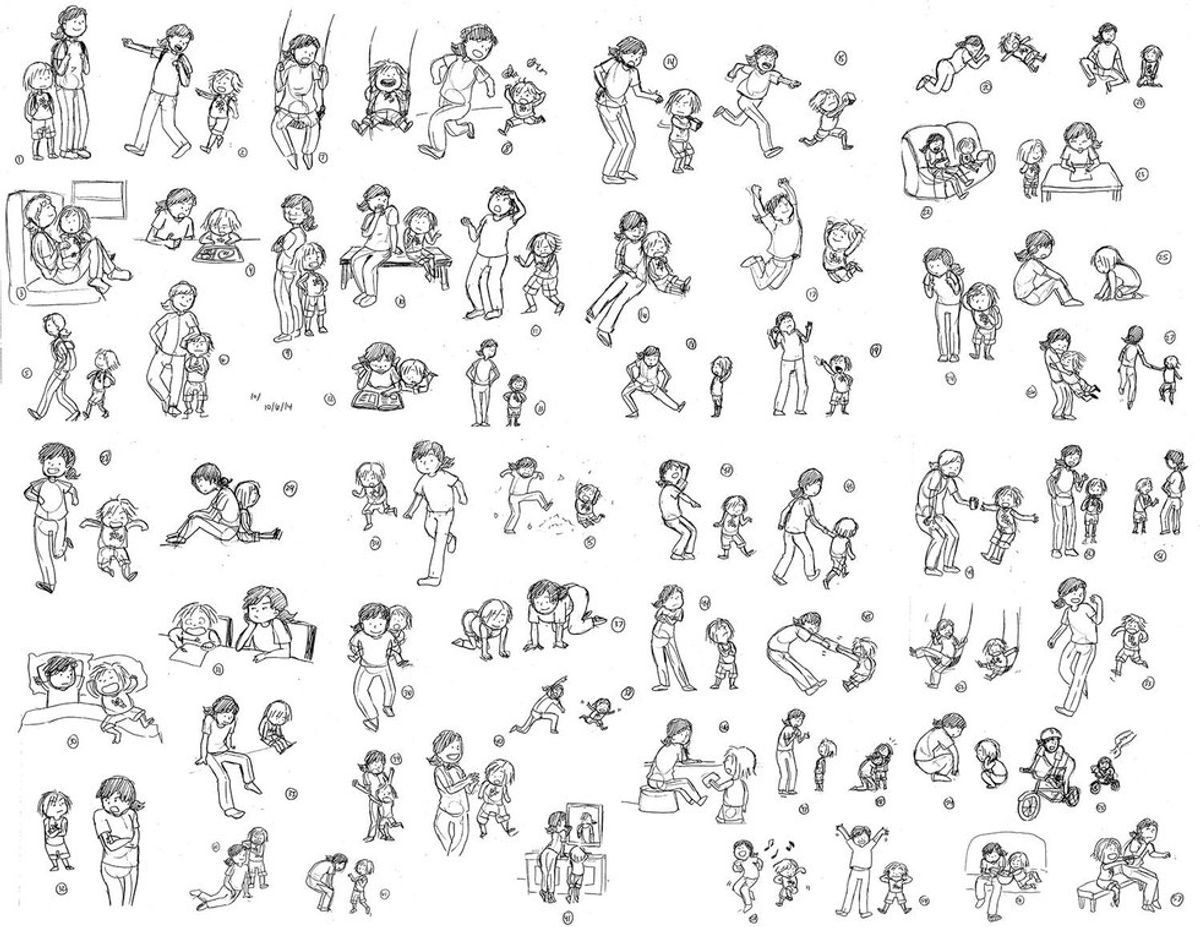 With an art practice built on an unwavering work ethic, Duachaka Her has combined inspiration and personal experience to create characters that anyone can look upon a page and see themselves within.

“Growing up as a Hmong-­American kid, I never really saw any characters that I was able to personally relate to. Some of the stories I write today include characters of diverse backgrounds who go through similar experiences as I did growing up. I want readers to be able to pick up my books and see themselves in the characters.”

Though she’s creating consistently now, Her didn’t always like to draw because “it took too long.” In fact, it was her family who pushed her towards an interest in art so she could join them in it. Looking up to them, she felt they were better at drawing, driving her to improve to keep up.

“It wasn’t until my older sister and cousin forced me to draw with them that I eventually started to take an interest in art.”

As she grew up, she watched the Saturday morning cartoons and anime on the television and read manga from bookstores and libraries. Inspired by others creations, she decided she wanted to create her own characters and stories.

As she grew up, she began a series of developing projects. In 2006, originally titled Dorobo, the story featured a girl falling into an unknown world and adventuring within it. As her earliest major project, the story’s main function was its story.

“To this day, I look back at this project and am just amazed by how much I didn’t care about the art or layout of the book, but rather just getting the story out of my head!”

In 2008, "Dorobo" was re-told in a group of Her with her cousins and siblings. Across the span of three summers they wrote, storyboarded, animated, colored, voice dubbing, editing and final retouching the entire film. While the piece had the flaws of an early project, it was an important part in developing the ethic to stick to art as a career.

“Working on this project at a young age definitely contributed to my work habit today. I don’t know if I would’ve been this dedicated to making art had it not been for this project.”

Over time, those early projects led her current works. A comic book, "The Collection", featured the stories about growing up Hmong-American and how it felt with a culture different from the norm, being different, and learning to accept yourself a concept inspired by "The Absolutely True Diary of a Part-Time Indian" by Sherman Alexie.

Today she is still creating, working on art that draws from multiple aspects of her own life: family, heritage, and day-to-day stories. Inspired by the lack of relatable characters and the content she strives to see in the world, Her keeps working to have characters with diverse backgrounds so readers back find themselves within the pages of a book.

“I think what keeps me creating is the fact that I don’t see enough work being created about what I want to see out in the world… Growing up as Hmong-American kid, I never really saw any characters that I was able to personally relate to.”

With Her creating, perhaps there’ll be less people able to say such a thing as they search for relatable and diverse stories in the future.

Nicole Marie Nigro
Individual Creator
3819
c1.staticflickr.com
Where to start...... Let me start with the cliche that life throws us curveballs and what we do with it is what counts.