If Zodiac Signs Were "Parks and Recreation" Characters

If Zodiac Signs Were "Parks and Recreation" Characters

I'm going to tell you which Parks and Rec character you're most like based on the arrangement of the planets at the time of your birth. 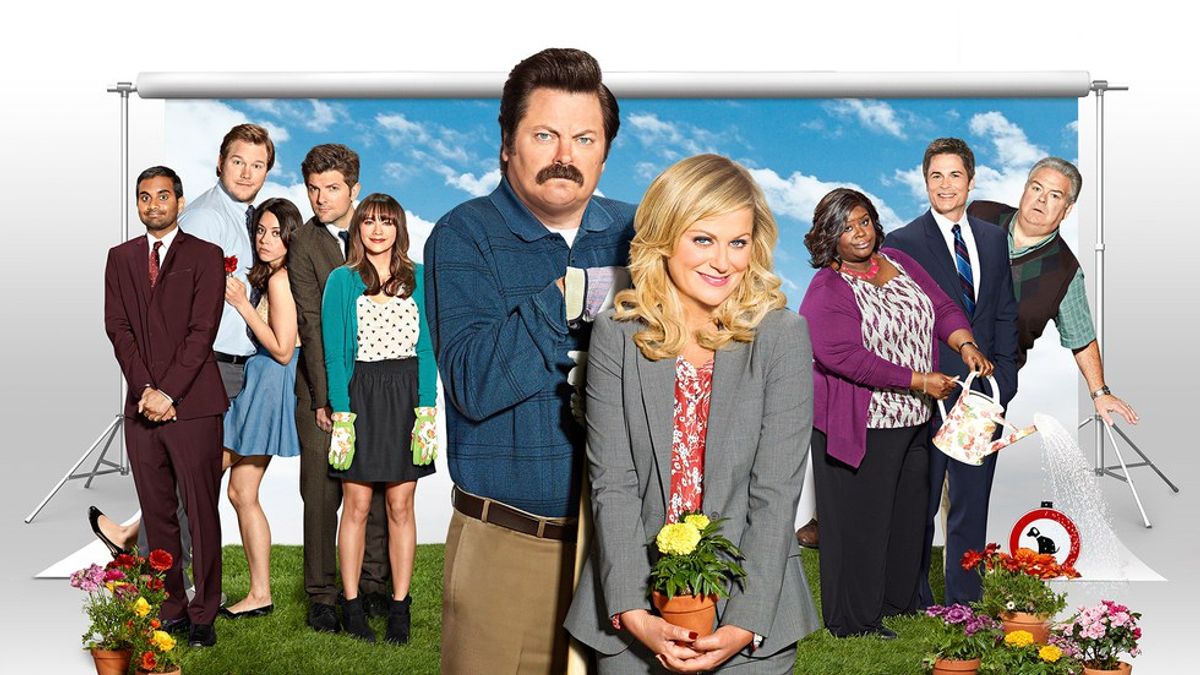 There are two kinds of people in the world: people who are open about their fascination with their astrological sign and people who pretend they think it’s stupid but love to hear what small finger tattoo they should get based on their sign. For years, I was the latter. But after a while, it became clear to me that anyone who can’t resist clickbait articles with the title "Which 'Game of Thrones' Hottie Should You Marry Based On Your Sign" needed to just suck it up and stop pretending not to care. I understand, logically, that the stars do not dictate whether or not I’ll get a promotion, but it’s just so romantic to think that they could. Also, I realize that no two websites that claim to really understand the signs and have perfect explanations of all of them will ever agree on everything, so I just chose one and based everything on that. You’re going to love it. So if you’re the kind of person who pretends not to care, but clicked on this article anyway, I highly recommend converting. It makes things so much easier.

A fire sign, symbolized by the Ram and ruled by Mars, a person who is an Aries focuses on the things that give them a thrill and are secretly very well suited to lead the way. You know what gives April a thrill?

Ruled by Venus, all a Taurus wants is a happy and secure life and marriage. Sound like anyone we know?

The twins—with an intense mental energy, a Gemini is always looking to get ahead of the crowd and to explore a little bit of, well, everything. Donna Meagle pretty much has that covered already, but she’s still going. She’s honestly got us all beat.

A little bit moody, Cancers really just want constant reassurance and love and to feel safe all around. While the Ann Perkins that dated Andy was always in control, the post-Andy Ann Perkins we know and love lived life a little more fluid (appropriate for this water sign), and needed a little extra help to get through the day.

Ruled by the hot-burning Sun, a Leo’s goal is simple: to be a star. If this isn’t Tom Haverford, no sign is.

This sign is Jerry to a T. Virgos always strive to do the right thing, they are compassionate and caring, and they just want to love and be loved. Plus, the symbol is the Virgin. While we know that Jerry’s daughters had to come from somewhere, if we interpret it less literally, the Virgin is a symbol of purity. And there is no one purer than Gary Jerry Larry Terry Garry Gengurch Gergich.

A sign that values consistency, ease, and simplicity, there is no man simpler (in taste, not mental capacity) than Ron Swanson.

Scorpios are ruled by Pluto, which isn’t even technically a planet any more (RIP), and symbolized by the Scorpion, which not only seems appropriate to those of us who understand Councilman Jamm, but which would probably please Jamm greatly. They’re also intent on triumph, which I assume applies both to physical combat and battles for a private bathroom.

A fire symbol ruled by Jupiter, king amongst the planets, a Sagittarius is looking to live the good life and make a difference in this world. If you think there is someone who is more fiery in these ways than Leslie Knope, please sit down. You’re wrong.

All of the other signs have such cool symbols: the twins, the scale, the virgin, the lion. Then there’s Capricorn, symbolized by a goat. But who better to represent Capricorns, a group of people who just want to admired and loved, who want someone to feel proud, and who have a powerful resilient energy, than Andy Dwyer?

An Aquarius loves to be unique and original. They have a high level of energy, and they’re always looking to figure out life’s mysteries. There is literally no Parks and Recreation character more unique, curious, and energetic than Chris Traeger.

Always looking to live their dreams and turn fantasy into reality, a Pisces has erratic energy levels and hates to feel alone. Also, the Pisces’ stone is the bloodstone, which is considered to be the most beautiful of the Jaspers. Its energy is pure like blood and holds vitality, strength, passion, and courage. If you saw my earlier article regarding why Jean Ralphio is the best, you’ll know why I believe this fits him so well. There's not a really great gif for this, but there are 40 of them here if you're curious!