'Shut Up And Dribble'? Absolutely Not
Odyssey

'Shut Up And Dribble'? Absolutely Not

Like many others, Lebron James is more than an athlete. 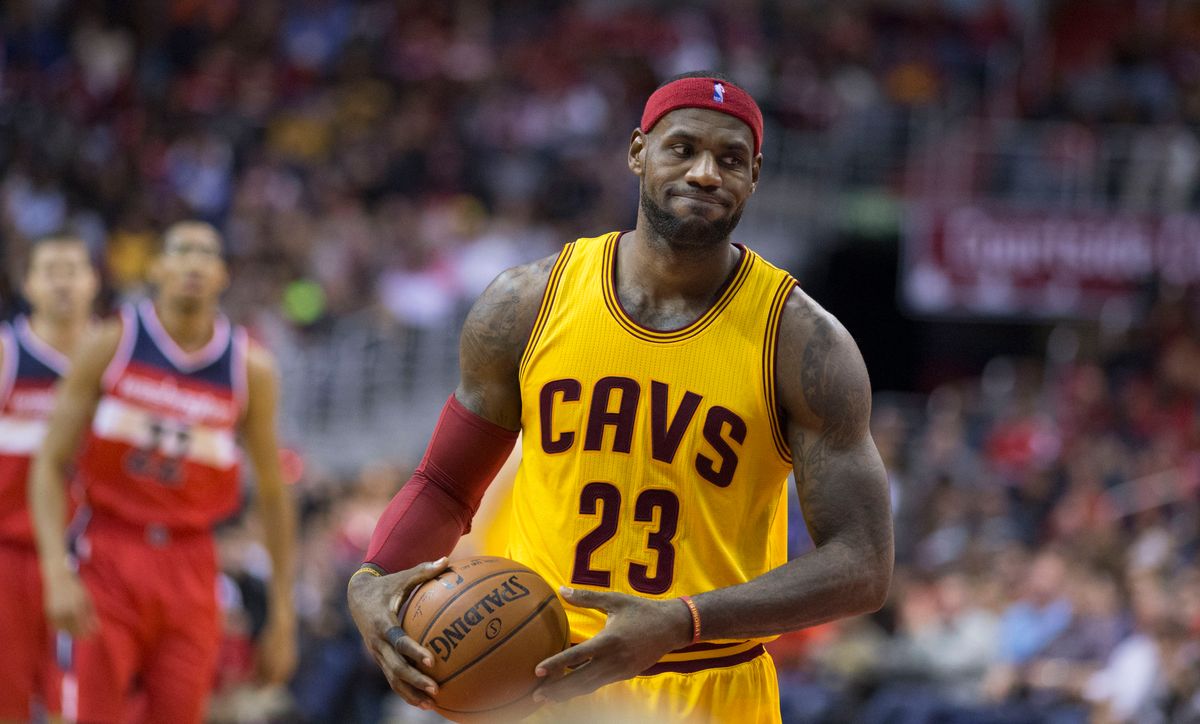 Fox News Journalist Laura Ingraham butted heads with Cleveland Cavaliers forward Lebron James over the NBA's All-Star Weekend after an interview that James did with "Uninterrupted."

The interview with James and fellow NBA star, Kevin Durant, was performed by Carli Champion and included a wide variety of topics that eventually lead to discussing politics and Donald Trump.

"The No. 1 job in America, the appointed person is someone who doesn't understand the people. And really don't give a f--- about the people," James said during the interview and added that some of President Trump's comments are "laughable and scary."

He went on to say more than that but Ingraham was only interested in airing the quotes that would make him look his absolute most ignorant. James went on to say:

"When I was growing up, there was like three jobs that you looked to for inspiration or you felt like these were the people that could give me light. It was the president of the United States. It was whoever was the best in sports and then it was, like, whoever was the greatest musician at the time. You never thought you could be them, but you could grab inspiration from them. If there was a neighborhood African American cop, and he was cool as hell coming around, I felt like I could be him. I never felt like I could be the president of the United States, but I grabbed inspiration from that. At this time right now, with the president of the United States, it’s at a bad time, and while we cannot change what comes out of that man’s mouth, we can continue to alert the people that watch us, that listen to us, that this is not the way."

Neither James nor Durant was rude or out of line when discussing Trump, and, yet, Ingraham absolutely slammed James in a way that was so unprofessional that I think I came to the conclusion that she works for Fox News because they're the only network crazy enough to hire her.

(I mean, her ludicrous behavior falls right in line with everything Fox loves to broadcast.)

"The Ingraham Angle," like the rest of Fox News, isn't even real political analysis. It's entertainment attempting to wear the mask of political discussion. Fox News is like political TMZ.


Ingraham called James' comments "barely intelligible" and "ungrammatical" during her show, "The Ingraham Angle." She continued on to say, "It's always unwise to seek political advice from someone who gets paid $100 million a year to bounce a ball." Then added,

"Keep the political comments to yourselves... Shut up and dribble."

So because someone disagrees with you and your employer's OBVIOUSLY biased political views, they are no longer allowed to give their opinions on the matter? This only further pushes Fox News in the direction of "right-wing" propaganda.

Many jumped to the conclusion that Ingraham was being racist towards the athlete, but anyone who has ever watched Fox News knows that that's just not the case.

In fact, Ingraham has used "Shut up and..." phrases tons of times over the years during attempts to silence celebrities that speak out against the right wing.

Fox News isn't racist, they do this to anyone and everyone who disagrees with conservative values.


I have watched my fair share of Fox News programs to know that while they are borderline racist at times, race is never how they choose their target. They go off of political alliance and that is it.

You could be the smartest person in the world and if you tell them you don't like Trump for POTUS, they'll label you "dumber than a doorknob."

They don't care about the facts, only promoting the "Conservative Republican" agenda.


Lebron James is an athlete who, obviously, has a lot of influence on his audience, which ranges from kids to full-grown adults. But because he publicly spoke against the President (and not for the first time either), Ingraham took it upon herself to speak false information just to try to make him look stupid.

As mentioned in the first paragraph, the interview James and Durant did was with "Uninterrupted."

However, Ingraham identified the interview as ESPN. She also said Lebron left high school a year early for the NBA, then tried to use that to say he isn't intelligent enough to have political views.

There is a slight problem with that though.


Other than it being insanely rude and, once again, unprofessional, it's also false. Lebron James did finish high school and then he went to the NBA right away to make the money he and his family needed.

The network that idolizes the man that made the term "fake news" go viral is ironically the biggest distributor of fake news.

But Lebron isn't sweating any of this and he certainly is not going to back down:

“I would not shut up and dribble because I mean too much to my two boys here,” James told reporters, “their best friend right here, my daughter that’s at home, and my wife, and my family, and all these other kids who look up to me for inspiration, and try to find a way out.”

I would end this piece by saying something along the lines of "hopefully Fox News has learned their lesson here" but this far from the first time Fox and their anchors have put their foots in their mouths and it certainly won't be the last as long as they continue to push their lopsided, highly inaccurate commentary.