Shree Chauhan Is In This Country Of Her Own Accord
Odyssey
CurrentlySwoonLifestyleHealth & WellnessStudent LifeContent InspirationEntertainmentPolitics and ActivismSportsAdulting
About usAdvertiseTermsPrivacyDMCAContact us
® 2023 ODYSSEY
Welcome back
Sign in to comment to your favorite stories, participate in your community and interact with your friends
or
LOG IN WITH FACEBOOK
No account? Create one
Start writing a post
Politics and Activism

Shree Chauhan Is In This Country Of Her Own Accord

How White House Press Secretary Sean Spicer ticked off an Indian American, and what it says about her citizenshp. 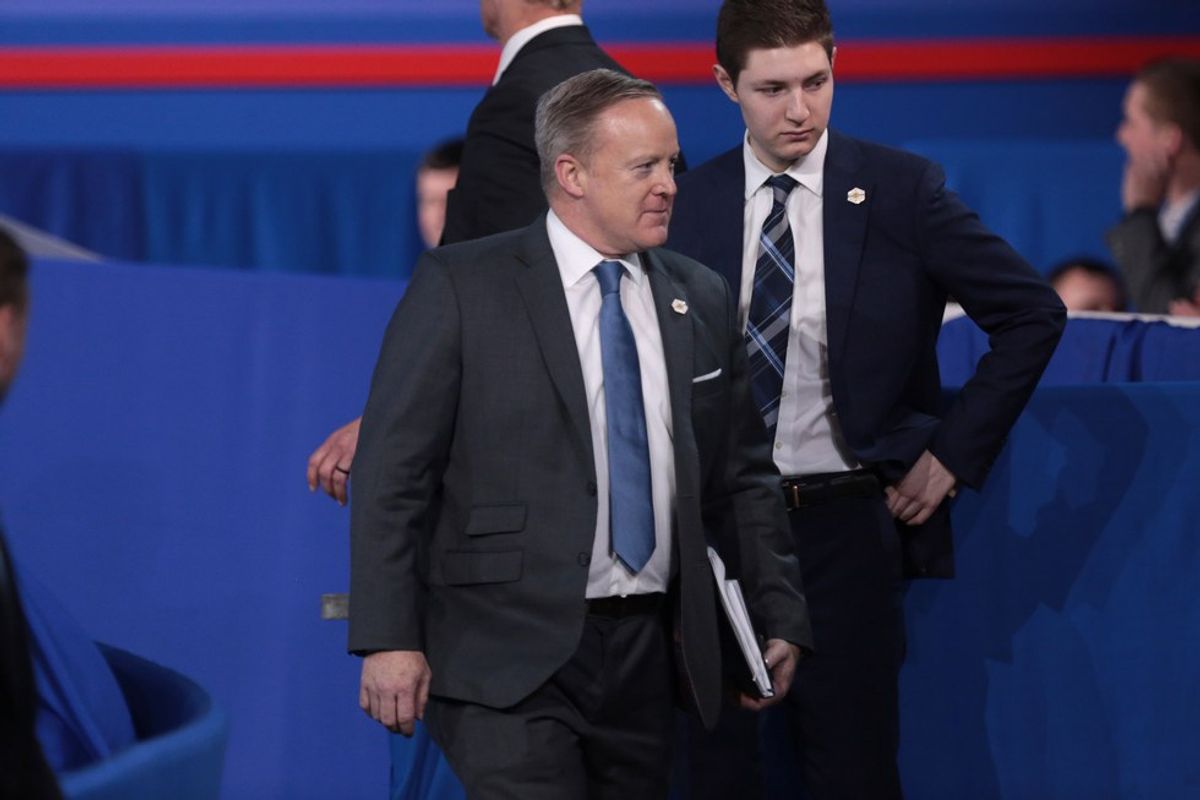 As a person who reads and writes about important people and their decisions a lot (and sometimes not that nicely), sometimes I wonder what I would do should I come face to face with one of my subjects. What would I say? What would I do? Would I ask for a handshake and just keep it moving?

Shree Chauhan got that opportunity when she ran into White House Press Secretary Sean Spicer at an Apple store in Washington, D.C. And, it’s safe to say, she didn’t keep it moving. Chauhan asked everything from “How does it feel working for a fascist” to the administration’s alleged ties to Russia.

Spicer, in response, didn’t pull out his super soaker like her counterpart on SNL, but instead offered Chauhan one, badly tone-deaf remark.

“Such a great country that allows you to be here,” Spicer said to Chauhan.

The insinuation that Chauhan, due to her heritage, is somehow “allowed” to be here, is what Spicer’s comment seems to bring. As if white people are playing nice by letting one outside of their circle to live with them. As if men and women who look like Chauhan haven’t carved their own lives on their own terms, in this country for decades to begin with. Such a comment devalues her worth as an American. It makes her, and the millions of others who look like her, subject to being seen as less American than Spicer and the people who look like him.

"It's one thing to have a Twitter egg tell say you do not belong in America, it is quite another to have the Press Secretary of the United States of America do so," Chauhan writes. "I am still astounded. And while I am fearless, I wonder how this administration will use its power to silence ordinary people like me."

In many respects, this administration has already tried to silence many. However, thanks to brave souls like Chauhan, that might not stand for any longer. In a piece for Medium, she urges citizens like her to use this video as a sounding board for people to stand up and be heard.

“That work will never be successful as an independent venture," Chauhan says. "More people must rise up against the Trump regime before it is too late. I hope that people see this one-minute video and think about how they can get more civically engaged.”