The Shorter, the Better. 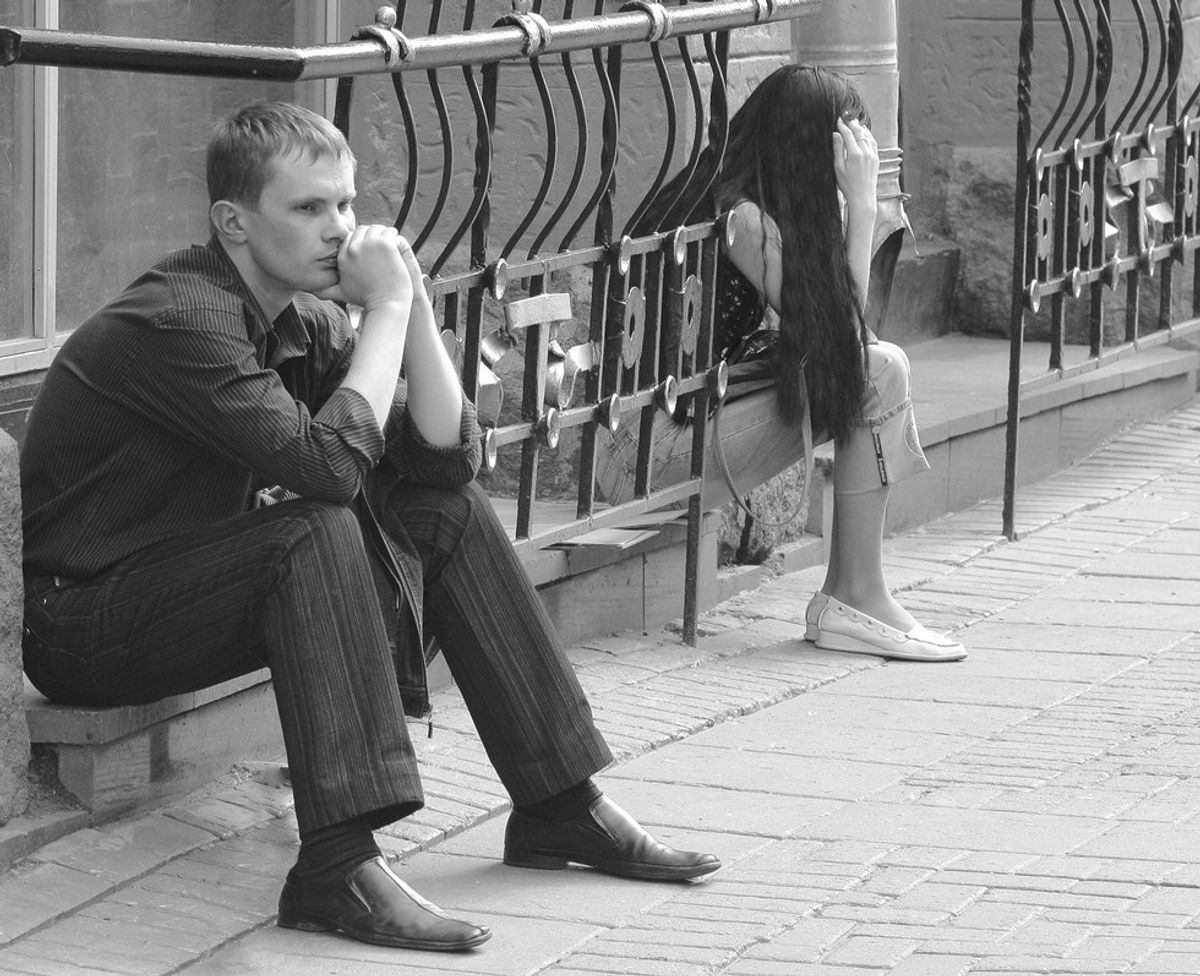 The aroma of the coffee grounds escaped from the red Folgers canister like a trapped bird frantically bolting out of an unknown building. However, as Christian prepared his morning cup, the strong fragrance of coffee was lessened by an intoxicating scent of melancholy. It was habit to drink his coffee black and steaming, but his first sip was chilled and tasted something like a mixture of water with a hidden hint of caffeine. The lights did not reflect off the black and white tile floors as brightly as they did every morning ay 5:30 a.m. Christian’s senses were dulled by a mood of desolation that lives inside his apartment and his self on this certain day every year for the past four years. May 26th.

A lack of motivation laid him back down into his empty bed. He closed his eyes and wished for a dreamless sleep to escape from the prison of sadness that he was trapped in against his will. He faded quickly.

He opened his eyes to find a beautiful body filling the vacancy of his bed. His eyes stared at a full curly head of dark hair. Then his stare traced down a tan backbone, his eyes adjusting at every vertebra. It was the same back he had stared at every morning for a decade. A small faded tattoo of his favorite Bible verse printed on her thigh confirmed the identity of the body next to him. It was his wife, Liz.

He extended his arm to touch her body. He felt heat radiate from her skin. His hand moved up her arm and touched her long curls. She was here, in bed with him. Her head turned, and exposed her glowing face. Their eyes met each other in a sleepy sort of gaze. Christian’s heart melted at the sight of his lover’s eyes.

These eyes lifted his soul and his despair was out of sight and out of mind. Many questions flooded his brain at the view of her. But the questions seemed irrelevant compared to the joy he was feeling.

A genuine smile hadn’t surfaced from Christian’s face in over ten years, but he could not hide his dimples when he grabbed Liz by the waist and pulled her closer to him. She was as graceful as he remembered, maybe even more graceful now. She smiled the smile that he had fallen in love with so many years ago.

“Hello Love,” Liz whispered in his ear. Those words sent chills down his spine. The palms of his hands met the cheeks of her face, and again he pulled her closer. “I’ve missed you,” were the last words she could say before he placed his lips on hers. He had not felt this spark since the last time they kissed.

The thought of the last time they had kissed opened a floodgate in Christian’s mind that allowed the memories to outpour into every corner. He remembered the first time he laid his eyes on Liz's beautiful soul at his cousin's wedding in Washington. He remembered the hole-in-the-wall restaurant where their first date occurred and the spaghetti that they shared, which now pained him to swallow. He recalled the rundown old apartment which they both hated but also loved because of the love they filled it with. He remembered seeing her tears of happiness as she read her vows on their wedding day. He thought about the time they traveled to California with nothing but a van, $78, their dog, and her old guitar. The memories would not stop passing through.

He had never loved someone the way he loved Liz. And the thought of being without her took his breath away, which had made it hard to breath for the past four years, almost suffocating him.

He zoned back into the present and felt Liz’s arms wrapped around him. Liz’s embrace was Christian’s refuge and peace. He had not been able to truly rest since the final time he was in her presence.

The last time he was in her presence marked the moment he constantly tried to erase from his memory. This was the only recollection of her that he would ever try to forget. With the memory on his mind, he glanced at the calendar and remembered what event May 26th had held in the past. His initial questions resurfaced and doubt reemerged. He pulled away from her embrace with tears forming in the corners of his eyes.

“What's wrong?” She asked in her angelic tune. “Just that today marks an anniversary of sorts..” He replied, finally releasing his sense of confusion.

“What for?” She replied.

“Today was the day you died.” As those words slipped out of his mouth, his wife blurred from his view.

His eyes opened, and there he laid in his bed alone with the same depression he had fallen asleep to. His arms outstretched to the place where Liz had laid, and the bed had lost its warmth. He continued to lay there as he felt tears race down his face, each leaving their mark with a damp trail from his eye to a puddle where they collected on his pillow. He realized it was just a splendid dream reminding him of his tragic story.