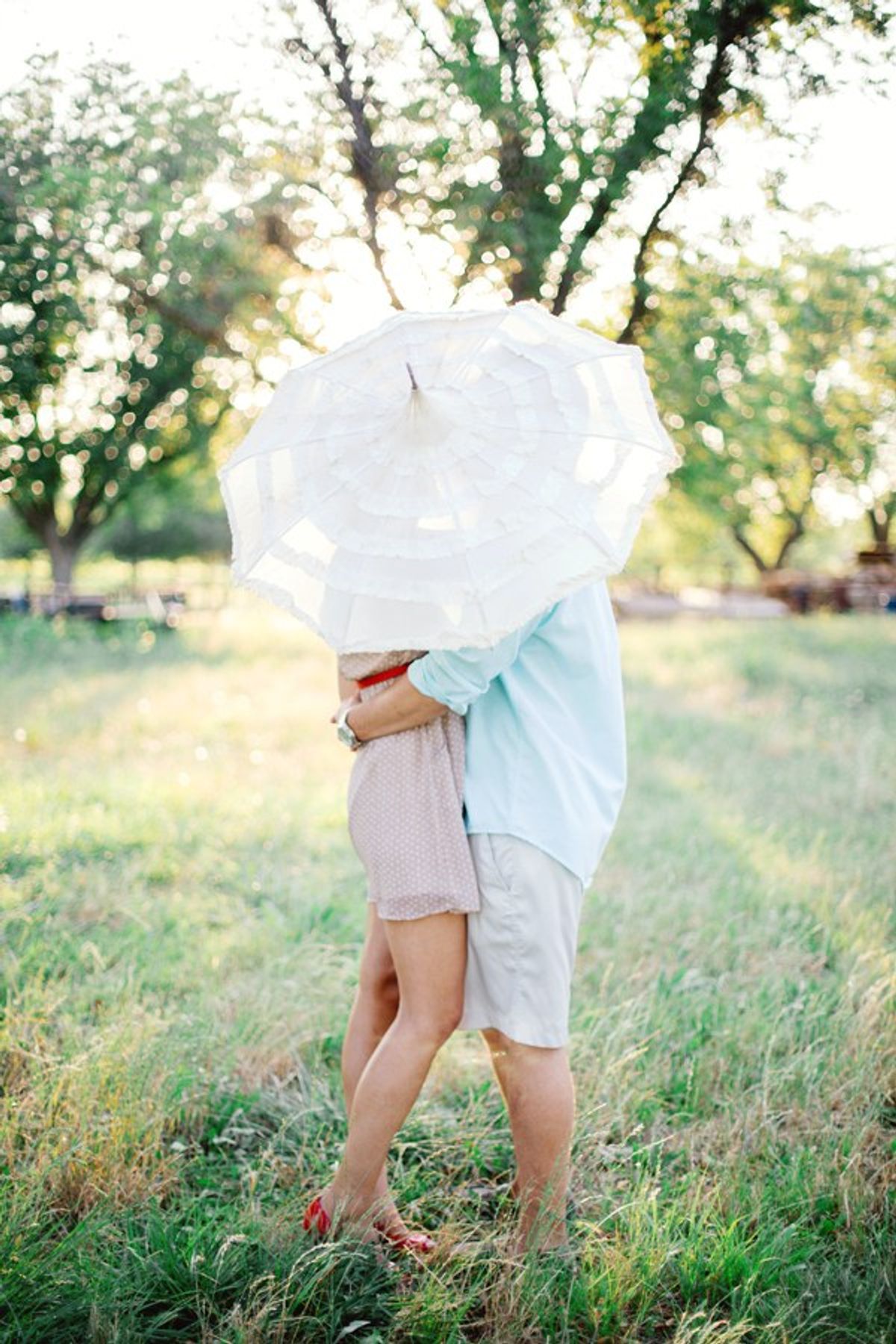 "Oh, it's beautiful. Are you sure? You're going to be wearing it everyday for a long time, make sure you love it."

In my family, on your sixteenth birthday, you get to go shopping for a very special ring. Not just a piece of jewelry that we can show off, but a symbol of a promise that we decided to make to God, to ourselves, and to our future spouse. Some call it a Promise Ring, others, a Purity Ring.

In our world today, people seem to consistently brag about who they hooked up with and the fact that they "did it," or they brag about how many times with however many different people. The people who haven't had sex are feeling guilty and bad about themselves, when in actuality it should be the other way around. If you watch old TV shows or movies, and you work your way up the timeline to current entertainment, there is one huge subject matter that changes: Sex. In the 1940s, that word was not allowed to be said on screen; love scenes had to go through a certain judging process before being approved for the public to view. In the 1950s television series, "I Love Lucy," they couldn't even say the word pregnant! Now look at it: there is sex in every single (no exaggeration) show and almost every movie. And if it's not shown, it's heavily implied.

Nowadays, people say "sex" and have sex like they would say "Hi" or like they would have an ice cream cone. It's just normal now. And what is not normal is a virgin. That's right, the V-word. It's not a bad word, but the world would lead you to believe it is.

God wasn't just sitting around in heaven and decided to make up these rules on a whim. Quite the contrary: we are human, we have the ability to know right from wrong and to make a free choice as to which we will follow. Animals do not. They just follow their instincts. It takes a human soul, with human knowledge to take their instinct and form it for good. Therefore, we will have sexual urges, it is only nature and it can be good, but waiting and doing it in the setting that God planned for it will be 10 times more fulfilling and real than if we do it with every person we encounter. I could sit here all day and write about why God made this commandment, but there are just two reasons that I want to discuss: God created man and women. He created them to love and live with and for each other. And when they decide to give themselves up completely to each other in every way, they are also making a way for new life. Sex isn't just about pleasure, it's about helping to bring new life into the world. Now people have "protected sex" which is exactly the opposite of why it can be beautiful.

It was also created so that a man and women, once married, could give each other the best gift they have, themselves, wholly and unconditionally. If they have given themselves out of pleasure to someone else, this gift is gone and can never be re-given.

Know that you, whether a guy or girl, are worth the wait. You are to be treated as a child of the King.

"I promise, God, that I will be chaste and pure. I promise to You, myself, and my future husband. And every time I may be tempted, may I remember this promise."

Madison Franz
The Narrative
1115592
Photo by Brooke Cagle on Unsplash

Madison Franz
The Narrative
653417
Photo by Manny Moreno on Unsplash