Settling The LeBron Vs. Jordan Debate

Settling The LeBron Vs. Jordan Debate 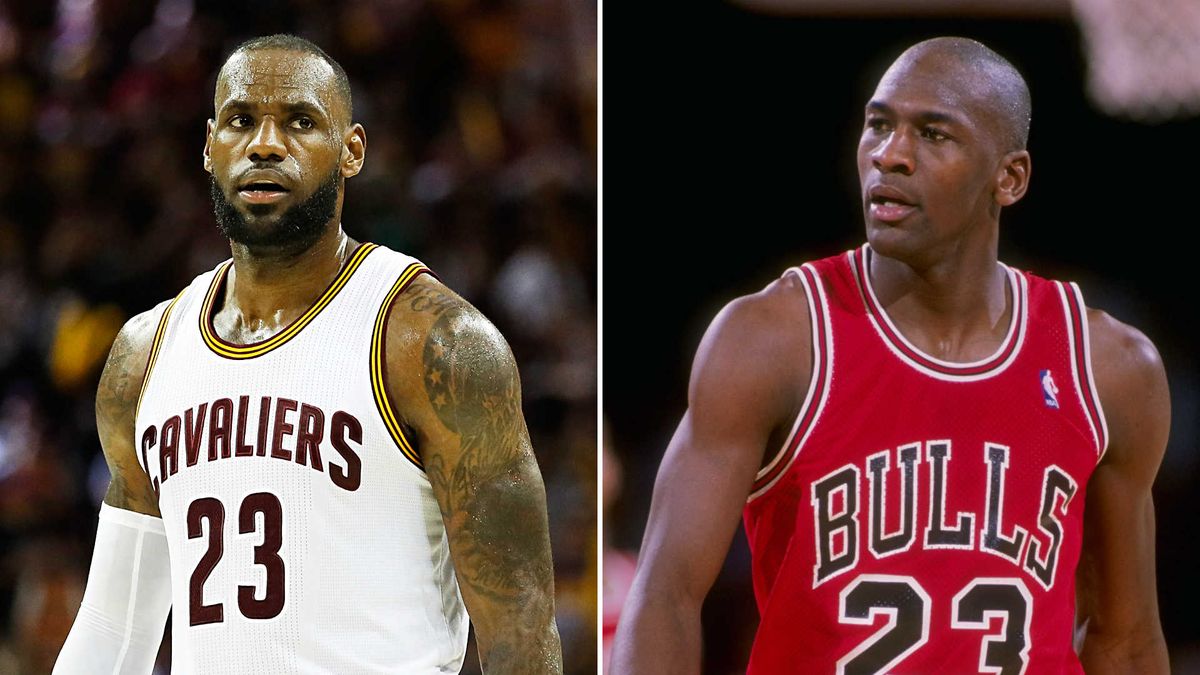 Lebron James has absolutely murdered the Toronto Raptors in each of their previous series, beating them the past three years. This year was no different as James and the Cleveland Cavaliers promptly swept the Raptors in four games. Lebron put on a show once again averaging 34 points, 11.3 assists, and 8.3 rebounds per game.

The Lebron vs. Jordan debate has come into play frequently and the main argument I’ve run into is, “Jordan has six rings bro, how many does Lebron have?” I am here to let you know that if that is your only argument, you’ve already lost the debate.

First off, Lebron James is the most all-around player in the history of the NBA. My best comparison to Lebron’s game is Magic Johnson, not MJ. Lebron can not only rebound better than Jordan (Lebron’s 7.4 rebounds to Jordan’s 6.2) but can also get his teammates involved better than MJ did (Lebron’s 7.2 assists to Jordan’s 5.3) At 6’8” and 250 lb.

it just comes more naturally to Lebron, allowing him to physically battle for rebounds and his drive and kick out style of play allows the floor to open up and he can find his teammates in space. This allows Lebron to dominate the game at a higher level, and longer than Jordan ever did. Lebron

James is also a natural born leader in the playoffs. He’s led his team outright in points assists and rebounds in a playoff series 20 times. The next closest is Spurs legend Tim Duncan who has done it six times, MJ has done it only once.

A main critique of Lebron was that he didn’t have the killer mentality or the “clutch gene” like Jordan or Kobe did. This criticism really started after the 2011 NBA Finals when Lebron was scrutinized for not “showing up” late in the fourth quarter throughout the series. But according to ESPN Stats & Info, Lebron has a higher field goal percentage and more buzzer beaters than Jordan in the final five seconds of the games or overtime.

Along with the “Lebron’s, not clutch” narrative, is the fact that he has an underwhelming 3-5 record in the NBA Finals while Jordan has never lost a Finals series. But the little piece of information Lebron haters don’t like to discuss is the eye-opening three first-round exits MJ has on his resume. Would you like to guess how many Lebron has? Anyone? The answer is zero.

My final argument against Jordan is better than Lebron is the level of competition each player faced. The levels of preparation and training that NBA players endure now is way more grueling than in the Jordan era. While players did train and prepare, it just isn’t on the same level. The players currently have also seen plenty of different styles of play throughout their lives and can emulate and mesh those influences into their own game, enhancing the level of the everyday NBA player.

Finally, Jordan never faced a team with the level of talent and multitude of potential hall of famers like the Golden State Warriors. In fact, Jordan’s 95-96 Bulls team is the only competition for the claim of the greatest team of all time. I mean, Steph Curry, Kevin Durant, Klay Thompson, and Draymond Green or Michael Jordan, Scottie Pippen and Dennis Rodman? Both teams were great and had different styles of play, but Golden State just has too much talent spread across the floor. Jordan loses to a Milwaukee Bucks team whose best player was Sidney Moncrief, while Lebron is coming back from a 3-1 deficit against Golden State. I rest my case.

Even if you aren’t a fan of Lebron James, he’s considered at least the second best player of all time (although he’s the first) by many. Sports fans today are so quick to judge Lebron and dissect his game, instead of realizing we’ll never see a player like him ever again. Please people, just sit back and enjoy his greatness. Because just like our parents rave to us about Jordan, we’ll be doing the same in the future about Lebron. All hail the king.