Is There A Sense Of Community At NYU?
Odyssey
CurrentlySwoonLifestyleHealth & WellnessStudent LifeContent InspirationEntertainmentPolitics and ActivismSportsAdulting
About usAdvertiseTermsPrivacyDMCAContact us
® 2023 ODYSSEY
Welcome back
Sign in to comment to your favorite stories, participate in your community and interact with your friends
or
LOG IN WITH FACEBOOK
No account? Create one
Start writing a post
Sports

Is There A Sense Of Community At NYU?

Because I may have found it! 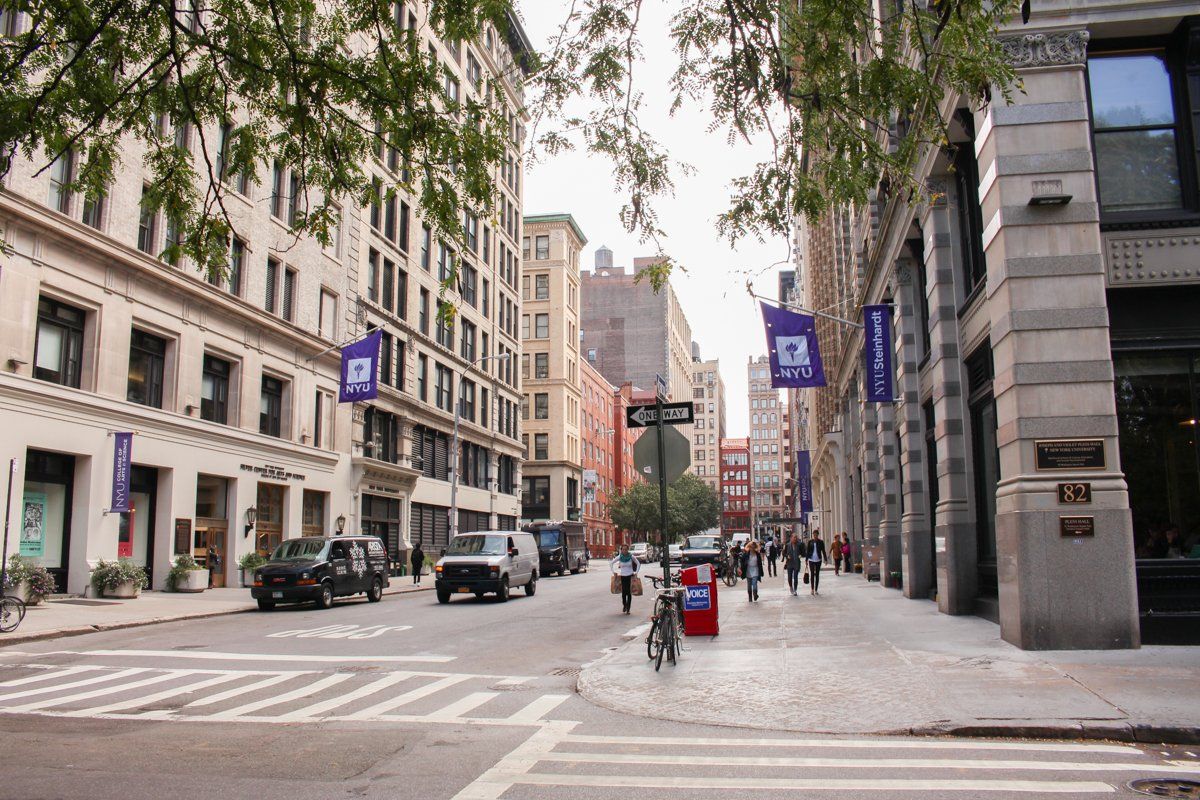 I’m signed up for a lot of scholarship websites. They’re remnants of my high school years, where I tried to apply for three scholarships a day to help me pay for college. (I highly recommend doing this by the way! Long scholarships, short scholarships-- just do it because you never know what you could win!)

Nowadays, I will apply for a couple a month if I’m in the mood to write an essay on the most influential woman of the 21st century or a 150-character blurb about why education is important (not kidding). Often, I’ll just end up skimming through the emails and see what people comment about NYU.
There is a ranking section of these websites to help prospective high schoolers make their college decisions. I never paid attention to these sections in high school, but now that the website knows I go to NYU and sends me updates on what everyone is saying, I’m curious.

Well, we have a lot of pros. People love the professors and city-life, the resources we have here, and the diversity of students. The cons vary, as well, ranging from the food (come on, it’s college) to the time it takes to get to another class fifteen blocks away. But overwhelmingly, and unfortunately, there is a complaint about the lack of community at NYU.

During my first year, this was my complaint, too. I didn’t have any friends from high school who went to school in the city and didn’t connect with my roommates at first. I made a few friends the first months of school, sure, but we weren’t in that comfortable part of the friendship yet. More often than not, I was alone. And that sucked.

But I adapted. I joined clubs and organizations, looked for jobs (and failed), and tried to connect with the people I met. I became part of a friend group, hung out in the hallway of my dorm, and went to club meetings every now and then.

Even with all of this, however, there was this huge disconnect between me and my fellow Bobcats or Violets or whatever our mascot is. Case in point—we have no school spirit.

It’s not a secret that the only D1 team we have is fencing, and even then there is only one division. It’s a running joke at our campus bookstore where football jerseys sell with the NYU colors and logo on them.

Sports have a way of bringing people together. If you meet someone from Dallas, you can probably watch the Cowboys with them. Same with Chicago and the Blackhawks, or University of Alabama’s Crimson Tide. You can go to a bar with strangers and feel that connection because of a few people throwing a ball around.

What connects us at NYU?

And our campus. It rocks, right? We aren’t closed in, we walk the streets like regular ‘ole New Yorkers. But we’re spread out, fragmented.

There are, of course, little ways to find community. Clubs can offer solace to anyone whose interests vary from religion to cheese. Schools and classes are places where friendships are likely to forge over complaints about a certain exam or professor.

Even so, I’ve only just recently begun to feel connected. Today, in fact.

I was sitting in one of NYU’s buildings on Greene. I think it’s a Psych building, but I just go there to eat lunch in between classes and get some work done. I like to sit right next to the window on Waverly, where students and professors walk by during the 12:15 pm rush.

Today, I looked up from the essays I had to read for Environmental Studies and watched as the people moved past me, some facing me, as well, while others moved along, oblivious to my gaze. There went an RA from my freshman dorm, hmm, I thought he was a senior last year. And, hey, those are the girls from my Global Topics, laughing as they held onto iced bubble tea. That boy my friend had a crush on, that guy I saw all the time in Kimmel my freshman year, my French professor—wait.

These people are my classmates, my friends, my professors, my mentors. This is my community, and for the first time, I feel like it’s actually there.

Nicole Marie Nigro
Individual Creator
137
c1.staticflickr.com
Where to start...... Let me start with the cliche that life throws us curveballs and what we do with it is what counts.