"First Let Me Take A Selfie": Selfie Culture In 2016
Odyssey

A quick guide to understanding the societal importance of selfies in 2016. 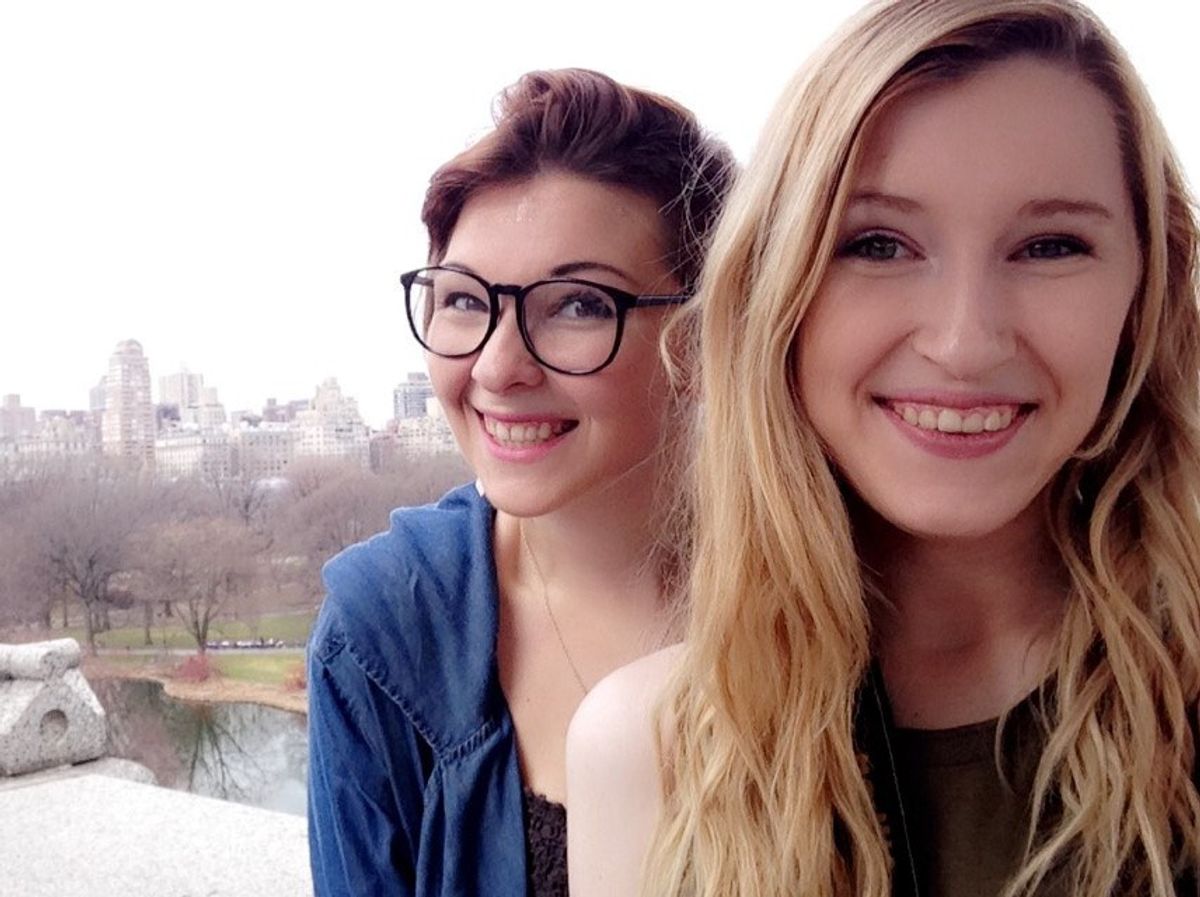 Spring Break has classically been known as a time for sun, sleep, and most recently for me, lots of selfies. Let me recap:

My roommate and I embarked on a thousand-mile road trip over break, from her hometown to mine. The both of us being photographers, we naturally took dozens of pictures at every spot we stopped at. She and I both wandered around all week with aching necks from our camera straps, but also sore arms from holding our phones up to the front-facing camera to snag a personal pic every few spots.

It wasn’t weird to us to be doing both, taking professional looking pictures at the same time as snapping goofy pictures on our phones. We both love taking proper photos— my roommate has been paid very well for her work before, she’s good— but taking pictures on our phones for Snapchat, or Instagram, or even friends in group chats allowed us a different kind of picture taking. The phrase “taking a selfie” has been so wrung dry by pop culture and memes, but selfies are just a common fact of life at this point, with apps like Snapchat, Instagram and more.

While most of the Millennial generation understands the appeal of being able to take selfies, my father’s fellow baby boomers are one group that seems to have a particularly hard time wrapping their head around it. As my roommate and I made our way through my hometown on our long trek, I teased my mother about learning to use her new smart phone, and we taught my parents to take a selfie.

The picture itself turned out pretty alright. The focus was a little off, and the angle was just a tad too short to fully capture the high horse my dad was sitting on as he rolled his eyes at all of us and continued back to dinner as quick as possible.

“You kids and your selfies.” He says, like he’s reading out of an ABC Family sitcom pilot. “I just don’t get it.”

“There’s really nothing to get, Dad.” I blinked at him. “They’re just pictures you take yourself. It’s just eliminating the middle man of getting someone to take it for you. They’re cool.”

My dad rolled his eyes—he’s good at that—and muttered something about that not being the half of it, and when I thought about it, I guess I could say that he’s right. Selfies are a little more than just pictures you can take from the front, but somehow I wasn’t seeing them in the same negative way my father appeared to be.

Selfies have been a topic of high debate since the front facing camera was introduced in 2003, and the split is widely generational. Many millennials, particularly teen girls, have found that taking selfies can be empowering. Taking control of their image gives them a sense of confidence they can’t always find with someone else behind the lens.

The older crowd doesn’t seem to be ready to hop on board with selfies just yet, ready to discount them at any turn for a number of reasons. Humans typically fear or dislike what they don’t understand, and with the ever-present technology gap, baby boomers struggle with the ideas of sharing a photo of yourself using a phone, or why you would even want to in the first place.

Another less talked about reason for the tendency to look down on or mock selfie culture is because it could actually be detrimental to certain businesses. Cosmetics companies, clothing lines, even personal hygiene products rely on women’s low self-esteem as core parts of their marketing strategies, and the fact that selfies are boosting young girls’ confidence at large could serve as a problem to them down the line.

Building a market around the self-image issues of young girls is a form of institutionalized sexism that can be found pretty easily in our capitalist society. These companies flourish when girls typically don’t like themselves very much, and if selfies are helping girls like their bodies, these companies have a problem. The way these companies try and combat the rise in self-esteem that selfies are bringing is to try and discount their importance. That’s how selfies quickly became the butt of talk-show TV jokes, the center of dozens of memes that circulated the internet, and a physical representation of what the millennials believe to be social decay. There’s also definitely a gender divide in opinion on selfies, with men are typically less accepting of the fad, but are typically judged less than females for taking selfies in the first place. That double standard is probably a topic for another article, though.

What all this talk of selfies boils down to is really doing whatever makes you happy. Personally, I love taking selfies, and I know they really do help me feel better about myself. It’s amazing that someone like me can now have pictures of themselves that they actually like. I hate letting other people take pictures because I don’t trust them to get a shot of me that I won’t cringe at, so taking a selfie with my arm out and my head angled just so makes me feel a lot better about myself, especially when the shot comes out nice. Selfies took picture-taking from an anxiety-inducing experience for me to something that is actually a fun habit to get into. I think that it’s really important for girls to learn to love themselves early on, and to appreciate their own sense of beauty, and selfies offer a healthy outlet to allow teens to celebrate that beauty.

So I’ll leave you with my roommate’s favorite phrase from this weekend, whether we were at the top of the Belvedere lookout tower in Manhattan, or stopped just outside Amish country in Westfield, NY: “No shame in the selfie game, man.”