The Reason Christians Use A Fish Symbol

Where did this fish come from anyway? 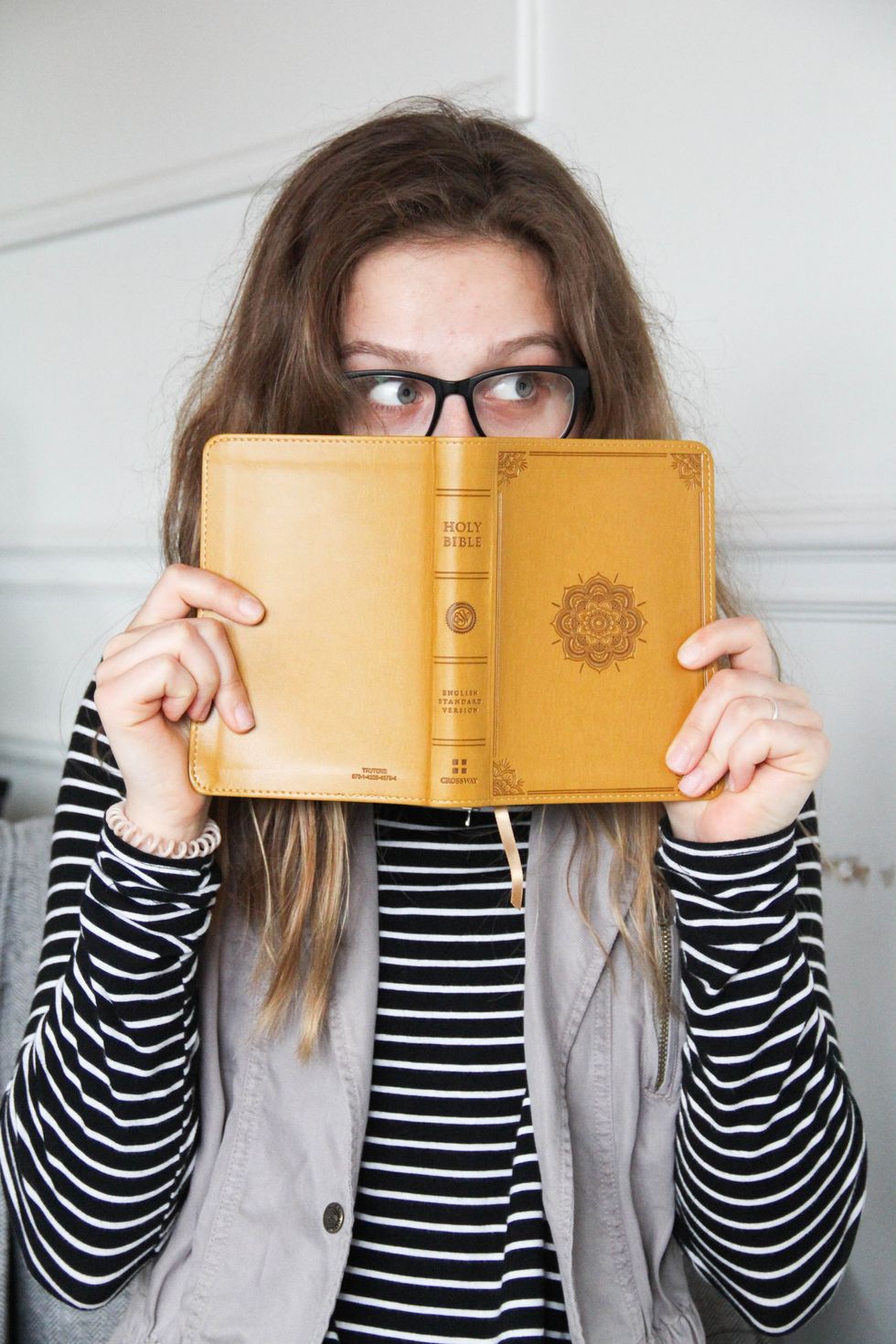 Everywhere you look, there are a gazillion different symbols that we know off the bat exactly what they are advertising; Nike, McDonald's, Clinique, Chick-Fil-A, etc., all have a symbol that we do not have to read the name of, but we know exactly who owns that symbol. The question is, who made up these symbols and why did they choose that exact symbol to represent that company? Some are pretty obvious like Clinique's symbol which is just a shiny looking "C;" others are a little harder to figure out like the checkmark for Nike.

Now, let's narrow down to one symbol that many people recognize easily, but may not know its origin or why it is the symbol it is. The Christian fish symbol.

During my time at Lenoir Community College, I had to take a religion course due to my major being Criminal Justice. My advisor gave me a whole list of religion classes I could choose from ranging from Christianity to Buddhism. Seeing how I already am a Christian, I thought it would be fun to take a course on the New Testament part of the Bible. Why not study more about Jesus, where he came from, how he grew up, and what he taught while he was on Earth? Sounded like a great class to me!

By the end of the semester, that class ended up being AMAZING! I learned so much and at a much deeper level than I ever expected from this class. If your major requires you to take a religion class, then I highly recommend taking a class like this!

While in this class, our teacher taught us about a very popular fish symbol that Christians would often draw or put on the back end of their cars. I never thought about it before, but then I started to question our little fish symbol. Why do we use a fish to represent Christianity? Why don't we just use the cross and not a fish? Where did this fish come from anyway?

Now if you are like me, you might have been thinking "well, that's obvious. Jesus fed all of those people with fish and bread!" Yeah, no…that's not where the symbol came from. Try again!

A long time ago (much like some countries are today), people were getting into trouble for believing in Jesus Christ and were being persecuted for having this religion. Christians held secret meetings to worship God, talk about Jesus, and basically have church anywhere that they could. A group of fellow Christians came up with an acrostic for the word fish. They chose the word fish because it was something that could be talked about in the open without raising eyebrows. There were many fishermen and fish markets at the time, so no one would have ever thought that these people actually were talking about Jesus Christ when they said the word fish (if they said the word cross or used its symbol then it would send up a red flag immediately since many people associated the cross to Jesus Christ).

In Greek, the word fish is "ichthys," but when it is turned into an acrostic it actually means "Iesous Christos Theou Yios Soter" or in English "Jesus Christ, Son of God, Savior." That four little word meant more than this world would ever imagine both then and now. It helped create the base that Christianity is now because people were able to talk using the word fish, but actually spread the word about Jesus Christ and what he has done for all of the world's sins. Pretty amazing if you ask me!

Okay, so we know why they chose a fish many centuries ago, but why didn't they actually draw a fish like the one you would see in a river? This to me is the best part of the lesson.

Remember when you were little, and your parents would stop to talk to someone while you were outside? Little kids love to kick their feet at the ground or make designs while they hold their mom or dad's hand (mostly out of boredom). Being in a world where you would be hurt for your religion, you had to come up with a plan on how to tell a Christian from a foe.

During their secret meetings, Christians came up with a plan to tell who fellow Christians were by a simple drawing in the sand. Remember, most of the people during this time lived where there was a lot of dirt or sand as their pathways instead of sidewalks and pavement like we see today.

If a person walked up to someone they did not know (or at least did not know of their religious standing) then the person could pretend to just be drawing with his foot in the sand. He or she would draw a half of an oval-like shape in front of him or her. If the person he or she is talking to is a Christian, then they would recognize the shape and return the gesture by drawing a half of an oval-like shape back connecting the front tips together but crossing the back. This would create the fish symbol in the sand. If the person they were talking to was not a Christian, then the person would just simply think that he or she was bored and just playing in the sand with his or her foot. No harm, no foul.

Early Christians had to be extremely careful during this time in our religion's history, but they made it work. The news of Jesus Christ's forgiveness was able to be spread across different countries and eventually the world. Thousands of years later, many people carry that symbol with them without barely knowing the true meaning of what a small fish symbol really means for Christians and how many lives it could have saved. Not just on Earth, but by allowing people to hear the good news of God's love through his one and only Son, Jesus Christ which, in the end, would save their souls if they chose to accept Jesus into their hearts.