My Response To The Diversity Poster Ban
Odyssey
CurrentlySwoonLifestyleHealth & WellnessStudent LifeContent InspirationEntertainmentPolitics and ActivismSportsAdulting
About usAdvertiseTermsPrivacyDMCAContact us
® 2023 ODYSSEY
Welcome back
Sign in to comment to your favorite stories, participate in your community and interact with your friends
or
LOG IN WITH FACEBOOK
No account? Create one
Start writing a post
Politics and Activism

My Response To The Diversity Poster Ban 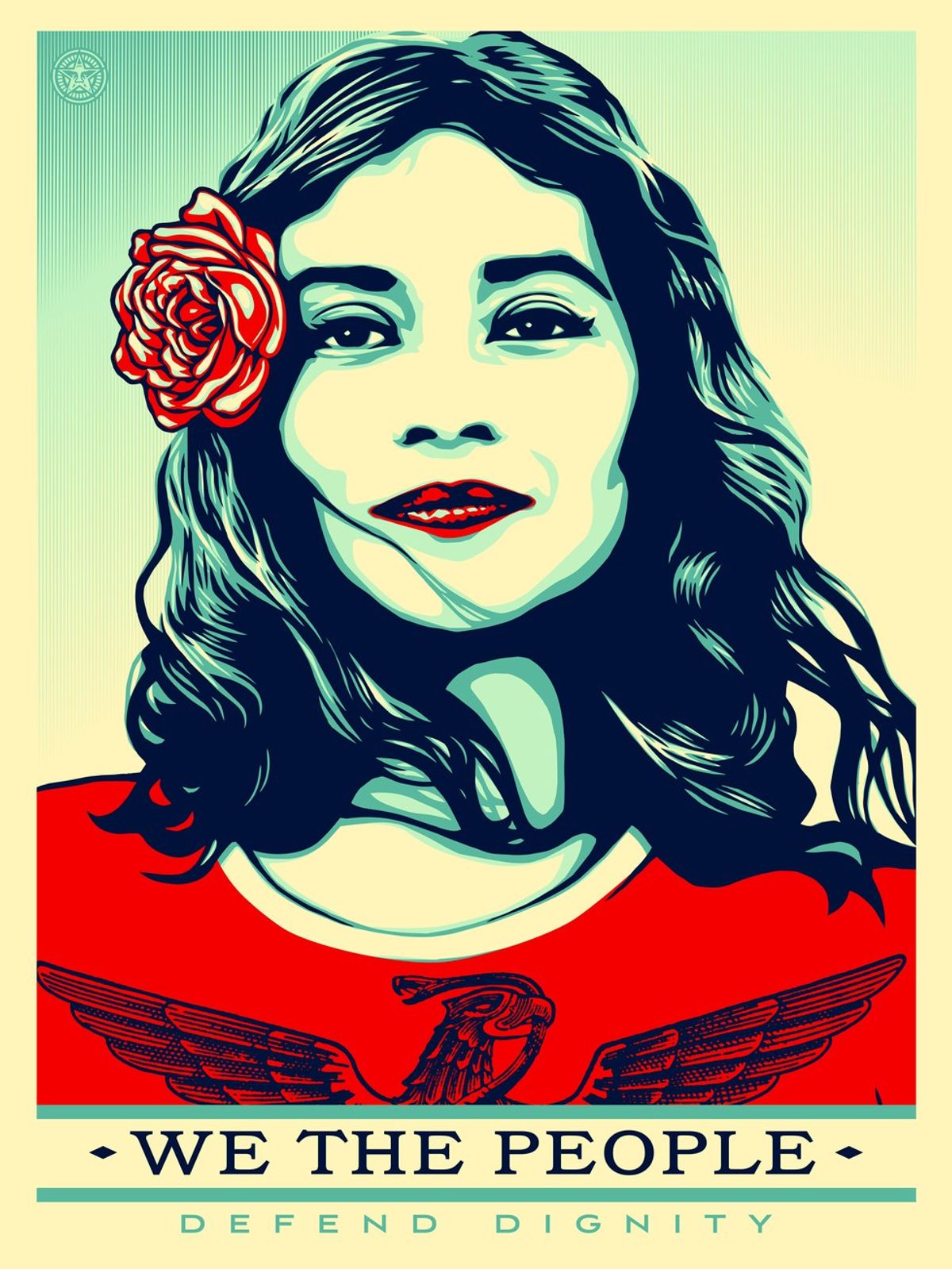 I'm writing this at an alumnus of Westminster High School in Westminster, Maryland. It's been two years since I've walked through the hallways with strangely colored lockers and, at one time, inconveniently placed glass doors at the corner of every hallway (seriously, WHS, why where they there and why did it take someone jumping through the glass to have them taken down?). I spent four years at WHS, which has recently come into national headlines thanks to a Huffington Post article and a viral GoFundMe site, both of which will be linked below.

If you haven't heard, teachers at Westminster High School had put up posters in their classrooms as part of the We The People campaign to promote diversity. The posters illustrate women of color in a patriotic motif. There is nothing political about them. There is no place on any of the images that expresses political ideology. The school's administration, the same one that was in charge of my education, determined that the posters were apolitical at first, but after complaints from a staff member changed their decision and asked for them to be removed. The posters were considered "anti-Trump". I am going to take issue with so many parts of this narrative.

First, the fact that something "anti-Trump" has to be removed from a classroom is ridiculous. Diversity is not anti-Trump. Diversity is not a political issue. Diversity is a fact of life. The beauty of the country we live in is that we are allowed to express dissenting opinions, also. We are granted that right in the First Amendment to the Constitution. The school-setting does include some wiggle room there when it comes to safety and distracting from education, but this is not one of those instances. This has created a huge distraction, which leads to my next point.

Westminster High School, shame on you. You have created a major distraction and allowed it to obstruct the education of your students. Your sole purpose is to educate and protect your students. By allowing this issue to blow up, you are hindering the chance for your students to learn from this situation. Your claim that these posters are 'out of curriculum' because of their political nature is ridiculous. This ordeal has become out of curriculum. This has become political when it did not need to be and was not in the first place. These images are of human beings celebrating being American. There is nothing political or 'out of curriculum' about it. You are not handling this appropriately. To the teachers involved, you have no reason to complain about the posters and your argument is bogus, and you should be allowed to hang whichever posters you deem fit for your classroom as long as an intelligent discussion and learning experience can come from it. You are inhibiting discussion while also making students feel uncomfortable. I am disappointed in the way the school has handled this. Let the posters stay.

Dana Liebelson, I have issue with you, too. Your focus is on the "pro-diversity" vs. "anti-Trump" language, which is a rhetorical issue. You fail to consider the community. You interview students for their opinions on the posters being taken down, but not the backlash that this publicity might bring. You criticize Carroll County for being a majority white and automatically pin that as an example of why 'diversity' is 'anti-Trump' as if that's a justification for the connection. You have never been to Carroll County. Frankly, it's small and filled with cows. It is a rural setting that you neglect to include. There is a lack of diversity, as you can see, but you don't ask why. Carroll County is old but growing in development to attract more diversity. Westminster High School created Unity Day, a series of assemblies mirrored throughout the state now of students and staff coming together to have an open discussion about what can unify us outside of the classroom. Diversity and race have been topics since I can remember sitting in those awful auditorium seats. Don't blame the demographic for an issue that they're working on. Call this a lapse in judgment for the school system, but diversifying is a process. Growth is a process. The problem here is the free speech being infringed- should the teachers keep their posters? It is not the fact that the population is still painfully vanilla but working on it. You don't know Carroll County and you can't pretend that you do. Your portrayal of a free speech issue which is being changed by a beautiful effort by a fellow alumnus showing real grass roots democracy will not make people want to diversify Carroll County. You have detracted from the issue, which is the First Amendment. You take away from my peers and their efforts to be their own change. You take away from the minority students and staff, their triumphs, and their struggles. You have focused on the negativity instead of the growth, the learning process, and the changes that can and are being made right in front of us.

Carroll County is not perfect and the choice of words used by the administration and the motive of eliminating the posters because of their 'political' nature is unsettling. I stand with the staff and the students. I stand with the people. We are The People. But I reserve my right of free speech to criticize the media storm and the protocol of the acting party. I'm proud to call Carroll County my home because of the efforts I've seen by the amazing people I've met to better their community. We are growing and working on diversifying the community, even if it's not an immediate success. Don't ignore the various facets of this issue and don't detract from what the issue is. We are all human.

To donate to the cause: https://www.gofundme.com/we-the-people-stand-with-...