Overcome your habits – don't let them overcome you. 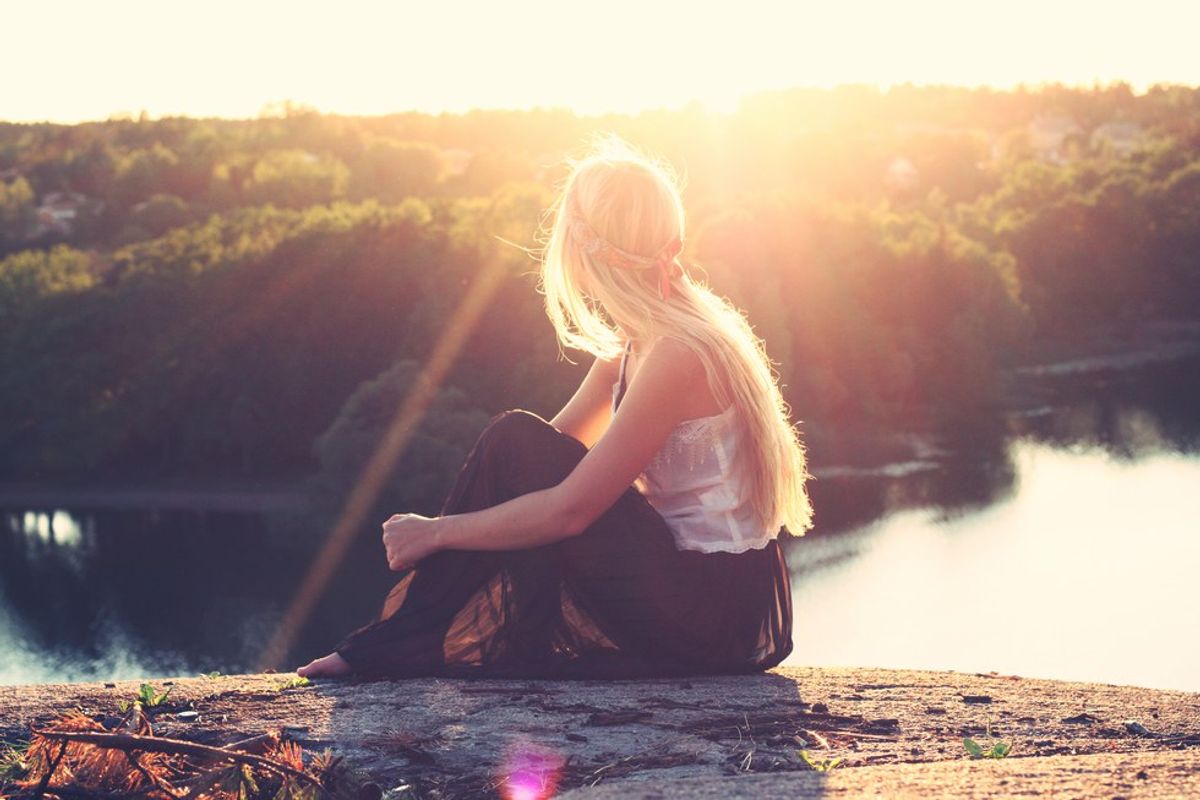 It’s back. I’ve been given another calm before the storm. After an extremely overwhelming November with never-ending madness, I finally have the time to breathe: a chance to get ahead before finals instead of struggling to stay caught up. Sure, I’ve done a decent job executing last month’s pressing demands. Yet, I know I’ve been way too generous in rewarding myself this past week.

The other day when I found myself reading a book for leisure instead of studying and binge-watching YouTube videos, I just so happened to stumble across two things that seemed to speak directly to me. You could say they enkindled my conscience, which had kind of been shushed to subconscious for a little while.

The first is this video by a YouTuber named Luke Korns:

This video is truly deep. While it can be easy initially to get distracted by the humor or wondering whether or not Luke actually has a twin, I think I know what he is getting at. Do his twin’s words sound familiar to you at all? Perhaps they remind you of your own relative or friend. If so, you should pay them more attention and gratitude because although you may feel like they’re nagging you much of the time, they clearly care about you!

More importantly, however, Luke’s “twin” may remind you of yourself — your own worst critic. That voice at the back of your head that is always pestering you about all of your aspirations and all of your potential. In other words, Luke’s twin represents your own Jiminy Cricket: your conscience.

Let’s review what happened in the video a bit. All in all, it was a series of battles. As Luke says in the description, “I always fight him and end up winning.” Here is a question to consider: how is he doing this?

As you can see, he’s winning these fights against his conscience by shrugging things off. By dismissing the standards he’s set for himself. By staying in a rut instead of making an effort to change. By procrastinating. By making excuses. By wallowing in complacency.

Instead of allowing his conscience to guide him, he’s behaving like it’s not to be taken seriously. This led me to a huge epiphany about my own procrastination, a revelation of how I’m guilty of the same thing. Typically, I wouldn’t describe myself as a complacent person. I love making to-do lists. I love planning how to manage my time. I love receiving self-help in the forms of books, talks, and advice from friends or family. I love deepening my discovery of who I am, for better or for worse. I seldom think that I’m exempt from self-improvement. But boy, am I good at acting like it.

I act like someone who’s read the instruction manual from cover to cover with great zeal. But then when it is time to actually implement the instructions, I toss the manual over my shoulder and say, “Nahhhh, these tips may be pretty sound, but I’d rather do things my way.”

Then when my “twin sister” visits to check up on my progress and sees the haphazard way I’m doing everything, she is baffled. “You raved about that manual– why aren’t you following it?” But like Luke in the video, I just spurn every comment she makes until eventually, she goes quiet.

See, here’s the way it works with your better judgment: through your actions, you can either fuel it or degenerate it. The way to degenerate it is to leave it defenseless against the pursuit of your own interests. As shown in the video, after his input was disregarded enough times, Luke’s twin eventually got fed up, packed his bags, and left. Not to say that your conscience ever abandons you, but in my experience, the more and more I disregard it, the more I build an immunity to it. Gradually, I lose the ability to distinguish my identity from my habits, and instead of overcoming these habits, they overcome me.

And I’m stuck where I am. I can’t get hydrated by simply believing in the life-sustaining principles of water. Still, I act as if believing is all that is necessary, so I stay thirsty.

Another inspirational relevant thing I stumbled across this week was a book called Resisting Happiness by Matthew Kelly. Expecting it to be all about learning to not rely on life’s circumstances for satisfaction, I got it several months ago to read later when I have less going on. However, I happened to read some of it this week – when I should have been reading through my History notes – and discovered from the first chapter that it is about far more. I can already tell is going to be amazing:

“The alarm clock goes off. It’s time to get out of bed. This is your first decision of the day. Will you get out of bed or hit the snooze button? You press the snooze button and roll over. What just happened? No big deal, right? Wrong. You just lost the first battle of the day… Resistance has broken your will before you’ve even gotten out of bed. You will most likely be its slave for the rest of the day... Resistance is that sluggish feeling of not wanting to do something that you know is good for you, it’s the inclination to do something that you unabashedly know is not good for you, and it’s everything in between. It’s the desire and tendency to delay something you should be doing right now.”

So let’s challenge ourselves to be better by sticking to this promise:

“Next time I have an ‘I should be,’ thought, I will act on it immediately.”

Nicole Marie Nigro
Individual Creator
4703
c1.staticflickr.com
Where to start...... Let me start with the cliche that life throws us curveballs and what we do with it is what counts.