A Rescue story--Second Chance at love

Find yourself in a rescue pup 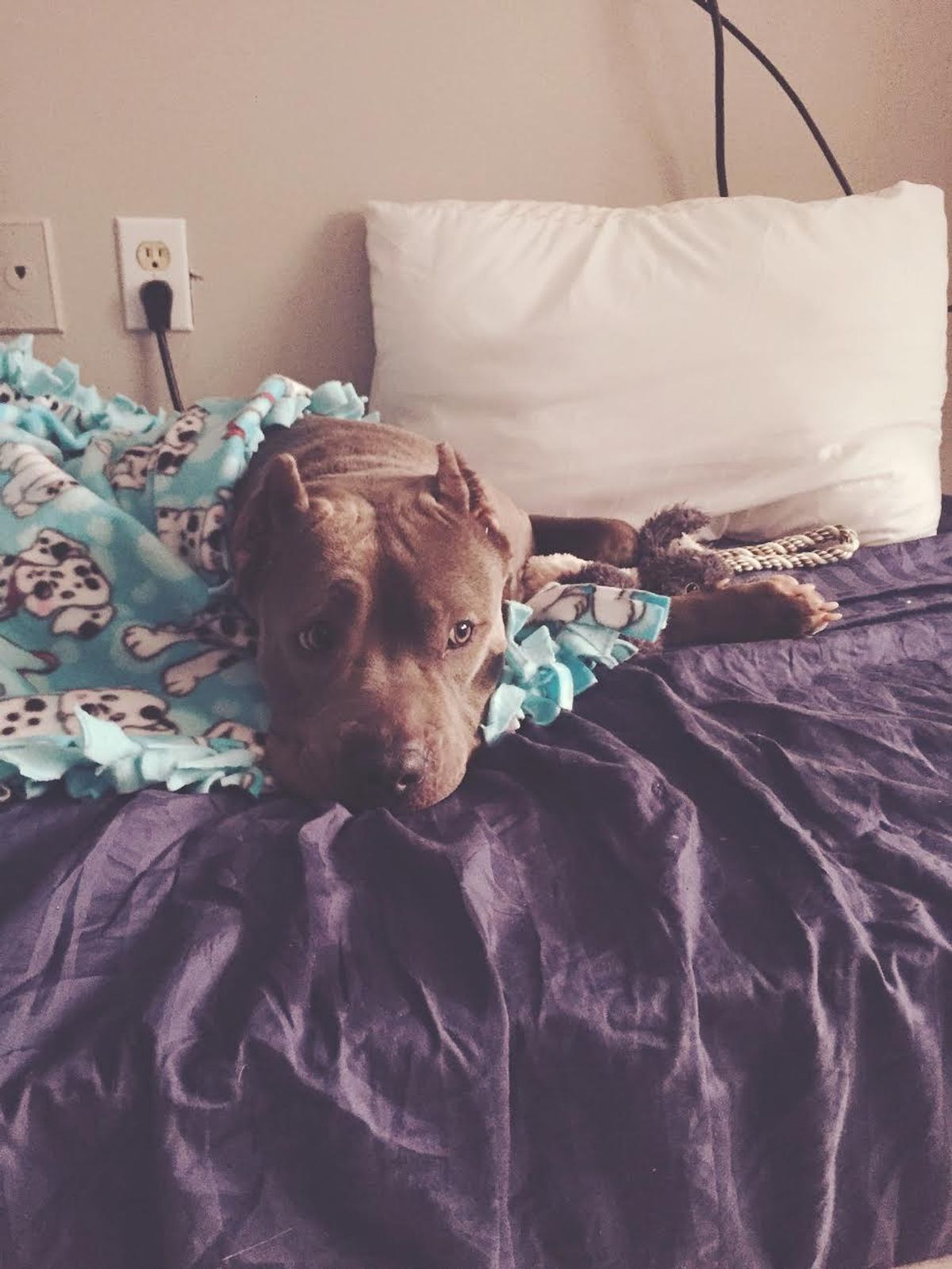 my own picture - sabrina ledo

Let's be real, friends come and go. Whether it's an intentional 'left in the dust' or a 'we just drifted apart' it's hard to rely on people to stay in your life. That's why a dog's a man's best friend!

You never have to worry about your dog stealing your boyfriend or ditching you for someone better. A dog loves you regardless of your age, social connections or GPA. Now, I feel so bad for anyone who has not experienced first hand how having a dog can change your life.

Now there's a lot of stigma that comes with a rescue pup, especially a pitbull. The lack of history creates fear. "Well what if they're mean? What if they had a bad past? What if they were a fighting dog? "

I have gone in and out of many shelters, mainly because it's a way of cheering myself up when I'm down, but mostly because the sweetest dogs are found there. While in Connecticut for school I decided to stop in a shelter. In the farthest hallway, first cage I found the cutest little pup. She was small and stared up at me with these big hazel eyes and threw herself agains the cage till I went over and showed her some love. I knew I had to take her home. Finishing my semester out before transferring, I visited every day. Workers knew my name, Luna ( formally Carrie) looked forward to our daily walks, and I looked forward to being one day closer to taking her home.

2 hours later we finally reached our destination. She had no trouble finding her bed.

Within a weeks time I saw her break out of her shell.

You see, all she wanted was love. She wanted constant attention, a hand petting her, a warm body to push up against while she slept and a warm fluffy bed to sleep in. She wasn't vicious, she wasn't mean. Even to a room full of strangers she was still the sweetest dog.Now, would you believe me if I told you she was at the animal control for an animal abuse case? Her pervious owners wanted to turn her into a fighting dog, hence the clipped ears... you tell me though, does that look like a dog that wants to fight?

She is the most loyal loving dog I'll ever come across. She's had a horrible past, I'm sure and the things she's been through, I'll never truly know but I do know this, I saved her and I know she knows that too. What happened in her past does not define the kind of love she needs now. How ever long she'll live to be, from now till that day will be the best years of her life. She thanks me everyday for saving her by loving me unconditionally.

That's the thing with rescue dogs, they will love you regardless of what happened to them before, they won't hold a grudge. All they're looking for is a warm bed and love. Pitbulls are what you make of them, just like any dog. A dog forms to it's own, a rottweiler, dobermann even a golden retriever can be taught to be aggressive if in that type of setting with that type of owner. A pitbull is no different. If I had the mentality of all pitbulls are vicious I would have never gotten this precious little girl. Luna is quirky and silly with such a cuddle bug in her, I couldn't imagine not having her in my life. She would have never gotten a second chance at a warm loving home and better life. In fact, she'd probably still be there or worse.

Don't let a dog's past, or lack of one stop you from taking a chance on them. They all deserve a second chance just like we do. They all deserve a chance to prove they are different from the stereotypes like we try to do every day. Know that despite what you've gone through it doesn't determine who you are and your future and it should be the same for a dog. Find yourself in a rescue pup because it'll be the best thing you ever did.