The "Party of Lincoln" 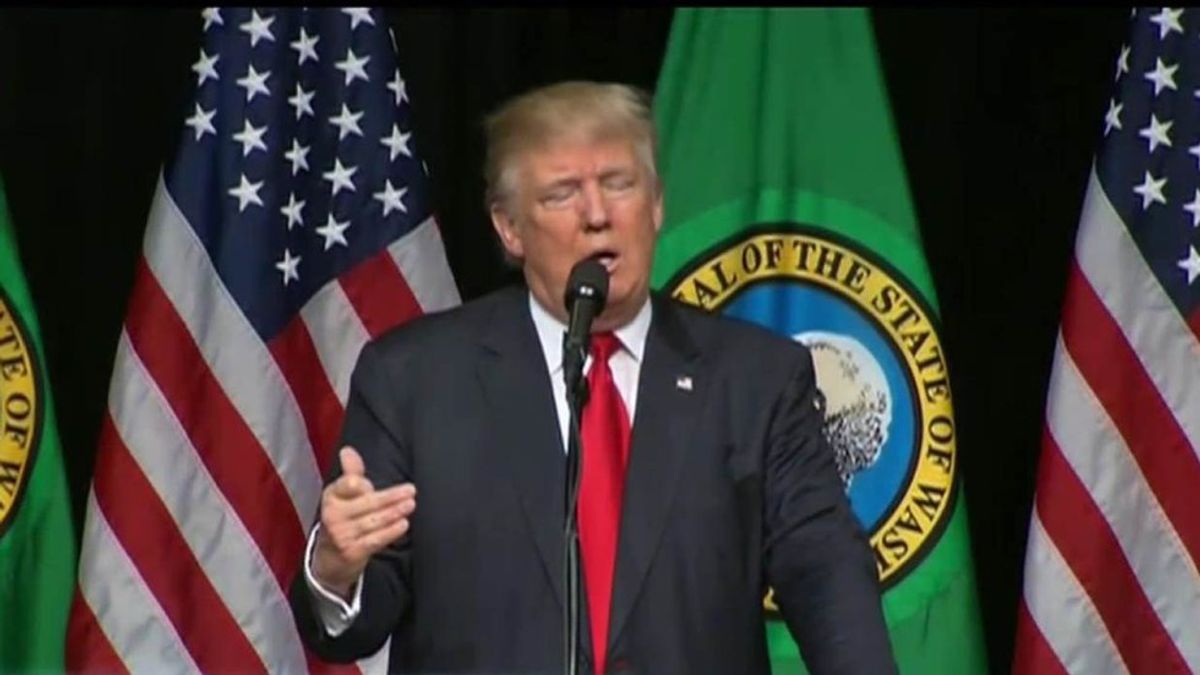 Note: I know that people who don't like this article will call me a butt hurt liberal who's mad that Hillary lost the election. As a message to you, I'm not here to talk about how Clinton's campaign. I'm here to talk about the non-sensical logic of the Republican party.

To start, Trump can say every outlandish thing anyone can think of, but no one else can. I don't care which party you affiliate yourself with or if you're an independent. You know as well as I do that if Obama acted the exact same way as Trump did during that campaign and continues to do now, he NEVER would have been elected president. Never. He would have been shut down from the time he declared his candidacy. Trump says crazy things like "knock the crap out of him", and Kellyanne Conway tells us "Oh that's not what he meant." So what the hell did he mean? If you have to constantly justify what someone said, there's probably something wrong with it.

Next, Republicans expect Democrats to work with Trump when they've obstructed Obama for the last 8 years. People always say, "Obama didn't do anything." Do you ever think of why? Because of divided government. A divided government filled with a majority of people who were dedicated to nothing more than making sure Obama could do absolutely nothing. Republicans also say that people attacking Trump's Cabinet picks is just childish. However, these same Republicans stopped Obama from using his executive authority to nominate a Supreme Court justice for months. Why? Because Republicans are full of it.

Obama has been criticized about not being transparent about his entire life. Everything from his childbirth, to what he did in high school/college, to who his parents were, to his religious affiliation. However, when we ask him about his tax returns he gets all defensive and says we're attacking him. Oh the press treats him so terribly. It's not like Fox News didn't do the same thing to Obama over the last 8 years, but I guess that's not important.

I'm not saying that Democrats don't have their share of issues and I'm well aware that Obama doesn't have a halo over his head. However, Republicans are absolutely absurd thinking that they deserve fair treatment given what they did to Obama. And at the end of it all, he's still making sure that Trump gets into office peacefully and treats Republicans with the same respect that he treats his fellow Democrats. But Republicans are proud of the man who acts like 5 year old who has to respond to every single thing said against him via Twitter.

Republicans don't deserve respect. They don't deserve bipartisanship. They deserve the same "kindness" that they showed Obama walked in the White House. All I will say to those who voted for him is this: When he takes your healthcare away, and tries to deport a bunch of people who are part of the working class, and makes a fool out of the United States in front of the entire world, remember you voted for him. Hopefully he lives up to your exceedingly low expectations.

Nicole Marie Nigro
Individual Creator
1762
c1.staticflickr.com
Where to start...... Let me start with the cliche that life throws us curveballs and what we do with it is what counts.