The prisons have replaced the cargo ships, but the goods are still the same color: Black. 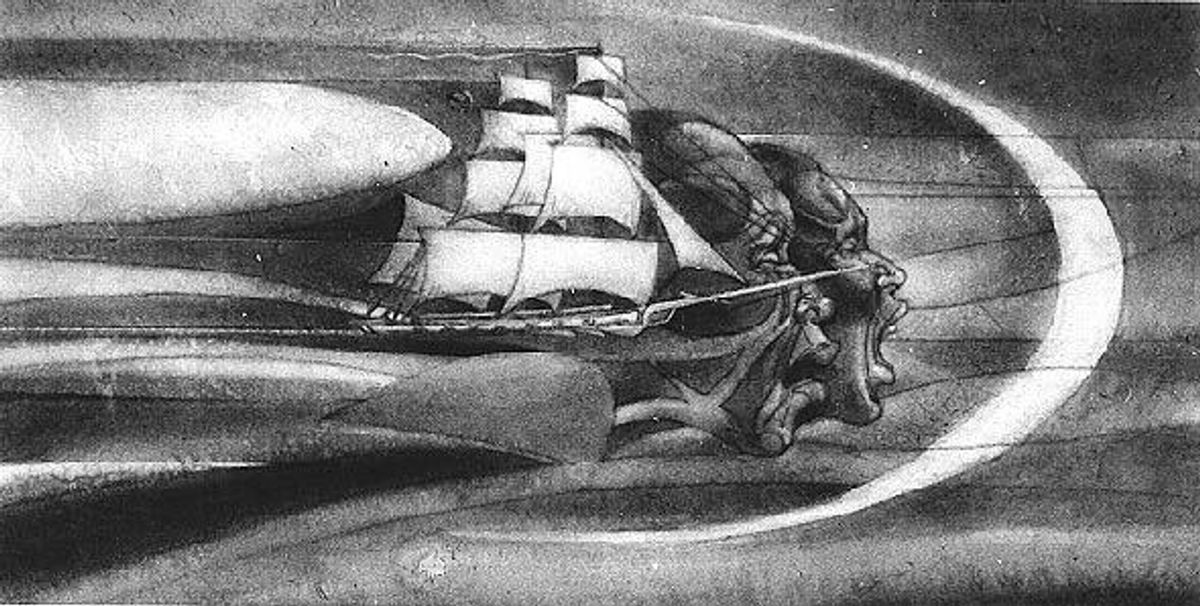 The Middle Passage was the second leg of the Atlantic Slave Trade, which transported people from Africa to North America, South America, and the Caribbean. As the slave trade was a form of triangular trade, boats left Europe, went to Africa and then to America, then returned to Europe.

During the middle passage, slaves were transported from the Gold Coast in Africa to North America. On the first leg of the trip, slave traders delivered goods from European ports to West African ones. On the second leg (middle passage), ship captains loaded their then empty holds with slaves and transported them to the Americas and the Caribbean. Upon arrival, captains sold the slaves and purchased raw materials to be brought back to Europe on the last leg of the trip.

The middle passage might have taken up to three weeks; unfavorable weather conditions might make the trip much longer. Slaves were shackled ankle to ankle with leg irons and packed like cargo. There were about three to four hundred slaves and 35 crew per trip, and men were separated from the women. The slaves were placed below deck and made to lay on the rough, bare boards. There was no room to stand, sit up, or roll when sleeping. The heat was unbearable, the air almost unbreathable, and they often had to lie in each other’s urine, feces, and blood. In such cramped quarters, diseases such as dysentery, yellow fever, and smallpox spread easily and quickly.

The slaves were treated harshly and brutally. Cruel measures such as iron muzzles and whippings were used to control the slaves. Some of the slaves would die of starvation, some from diseases, and others from despair. The slaves who were brave enough to rebel did so by starving themselves to death and throwing themselves overboard. The crew, however, developed a cruel measure that would force the slaves to eat and prevent them from starving. They would insert an instrument called the speculum oris into the mouth of the slave. It was shaped like a pair of scissors and had a thumbscrew on the side which one could turn slowly to open the mouth of the slave and force them to eat. The sick would simply be thrown overboard. 10 to 20 percent of the slaves died during the middle passage.

After reading about the middle passage, I experience a sense of sadness and thankfulness. I am thankful I was not born in that era, but also sad, because they were my ancestral family. The slaves outnumbered the crew, so I can’t understand why they could not successfully overpower them. They were young and strong and they knew how to fight. It just baffles me. Even in present time, we are the majority, but are still labelled as ‘minority.’ Psychologically, though, mental slavery flourishes in these present times. The prisons have replaced the cargo ships, but the goods are the same color: Black.