Love is the greatest gift that life has to offer. So don’t short change yourself into settling for so much less than you deserve. 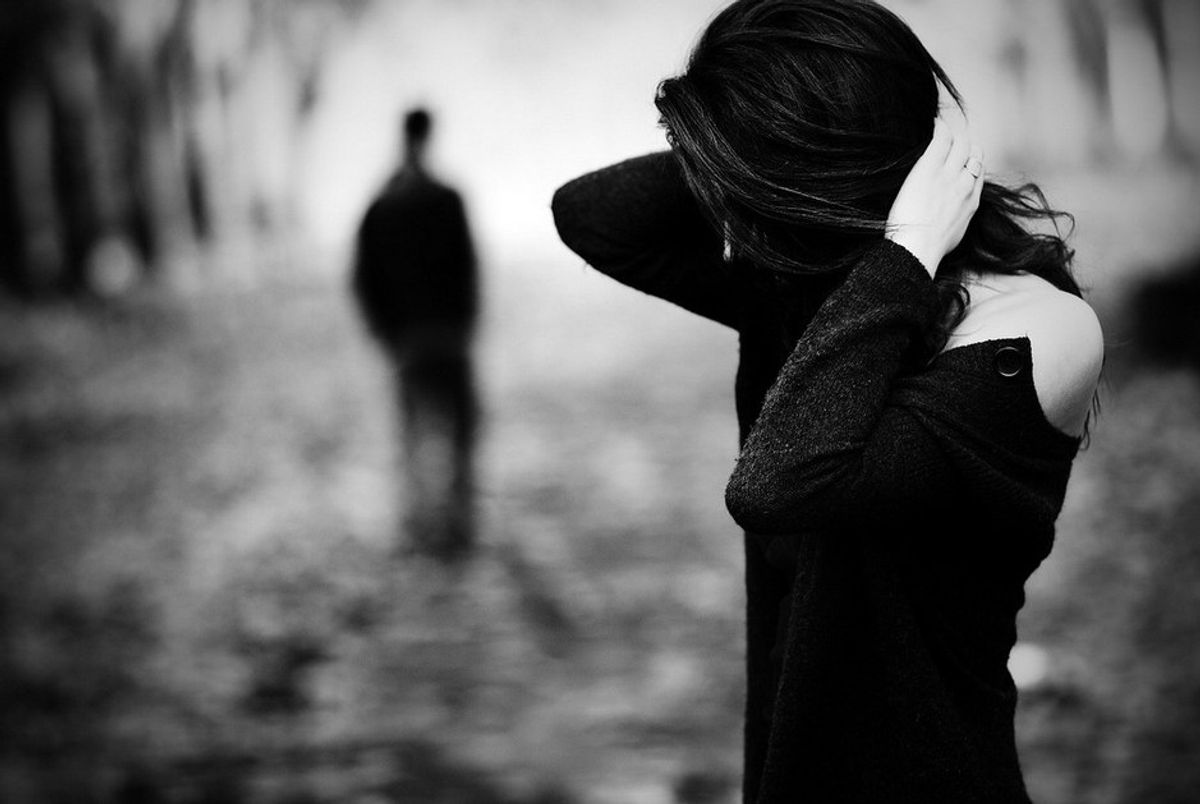 Love is the greatest gift that life has to offer. So don’t short change yourself into settling for so much less than you deserve. Love is a scary thing, but only because of how truly vulnerable we become once we open ourselves up to someone completely. We trust this person by telling them our aspirations, our insecurities, our secrets. They learn everything about you from the way your eyebrows awkwardly furrow when thinking certain thoughts, to how you like your chocolate chip cookies made. This special person knows exactly what makes you tick, as you do them. And eventually, you start to paint them into the picture of your future. They become your best friend, your partner in crime, your confidant, your lover, and best of all, your person.

For these very reasons, love is terrifying yet beautiful all at the same time.

I realize now what I should have realized back then; that I am destined for greater things. As much as my heart hurts, I have finally realized what I deserve. I have also realized that no matter how badly you want to help someone and how desperately you want that other person to change into the person you know they’re capable of being, you can’t want this more for them than they want for themself. And until that day happens, they will never treat you right.

And I promise you this: you were made for so much more than a relationship where you aren’t loved, cherished, and respected as much as you love, cherish, and respect your partner. Never settle for anything less just because someone else can’t love themselves.

When it comes to relationships, I am no guru. However, I have learned a thing or two. Most people characterize me as being stubborn and unwavering in my determination and commitment, among other things of course. For this fact, I have had to learn certain lessons the hard way. And unfortunately, love is no exception to this. However, in the long run, I know the lessons I learned, no matter how painful, will only make me wiser and stronger in the future.

Through freeing myself from a toxic relationship, I gained a new sense of respect for myself. As heart-shattering as it was to force myself to put an end to the madness, it was necessary for my own good. I never thought that I would ever be one of those girls who got trapped in a relationship that I wouldn’t be able to get out, but I was. As someone who considers herself very independent and strong willed, I’ve never had a problem completely cutting toxic people out of my life. In fact, I hardly thought twice about it and surely never lost a wink of sleep over it. However, this was different for some reason. I saw hope. I believed with all my heart. And because of that, I constantly outweighed the good over all of the bad. I constantly kept hurting myself and bending over backward just because I thought that things would change. That he would get better and that all of the excuses I concocted in my mind pardoned the action or the crime. I thought that he would change.

A person who values you would never put themselves in a position to lose you.

The first thing I should have realized is that one should never feel alone while technically being in a relationship with someone, regardless of physical distance. And you should never have to beg for a minute of someone’s time when you know you deserve more. You should never have to create a list of reasons as to why your significant other should be with you and choose you instead of choosing to love someone else. Never. These reasons should already be known to your significant other, and if they aren’t, well then you need to run. If someone can’t see how truly valuable you are as an individual, you need not waste another thought on them. If they don’t adore you and look at you the way they do when they see the waiter at a restaurant coming with their plate of food, they aren’t the one.

Your needs and fears matter too, so stop thinking that they don’t.

I convinced myself that my needs came as a second priority for the fact that they didn’t seem as pressing of issues. Only now is it that I realize that if a guy, or girl for that matter, wants to be with you, they’ll treat you with the love and respect that you deserve. They’ll fight for you and they’ll fight side by side with you until your fears are only insignificant relics of the past. They won’t be the cause of these fears. They won’t mistreat you. They won’t be the reason you’re crying out of anxiety when you should be snuggled in your bed sleeping peacefully.

Talk is cheap when actions speak volumes over words.

Don’t let those three little words: “I love you” trick you into thinking that they’re true if the other person’s actions sing a different tune. And don’t allow yourself think for even one second, that you deserve anything less than someone who makes you a priority. Don’t put yourself through the mental agony of feeling like you constantly have no idea where your relationship stands because their actions conflict with the words they speak. No relationship is worth this sort of pain. You deserve so much more. And trust me, there’s someone out there in a world filled with 7 billion people, that will be able to give you more. Believe it or not, but the odds are actually in your favor.

As long as it took me to realize that I don’t deserve to be put through a relationship that made me constantly feel insecure, anxious, unappreciated, alone, and unloved (otherwise known as emotional hell), I can say it’s a lesson I will never forget. Unfortunately for me, everyone who cared about me could see what I just wanted to constantly deny. I wanted to prove them wrong and I wanted so desperately for the vision of the future which I had in my head, to one day come true. (A curse and a blessing when you’re as stubborn as I am.) I constantly kept telling myself that the good outweighed the bad. That people hit rock bottom and that they’ll come out of it if you give them enough time. It was constantly excuse after excuse. But, by walking through Hell’s gates, I learned valuable lessons pertaining to love. I realized that I deserve someone who thinks the world of me instead of merely thinking of me as just being some person in the world. More importantly, I learned that no matter what happens to me, I will always be a believer in true, unconditional, undying, love. I know that I’m resilient and strong minded. And I refuse to withhold life’s greatest gift from myself just because I have every excuse in the book to do so. I choose to learn from my hardships instead of letting them turn me into a calloused and apathetic monster.

Always keep in mind that your happiness should never be threatened by someone else. Nor should you ever sacrifice your happiness for anyone else. No matter how much you love them. It’s not worth is so stop trying to convince yourself that it is. Find someone who treats you like a queen; someone who will hold your hand and never let go. Someone who touches your soul and makes your heart smile just as much as you do theirs. And if you ever find yourself in a position like the one I was in, take these words to heart and run far, far away. Because you deserve so much better.