Reclaiming The Bindi: The Modern Movement

Reclaiming The Bindi: The Modern Movement

FIghting back against cultural appropriation. 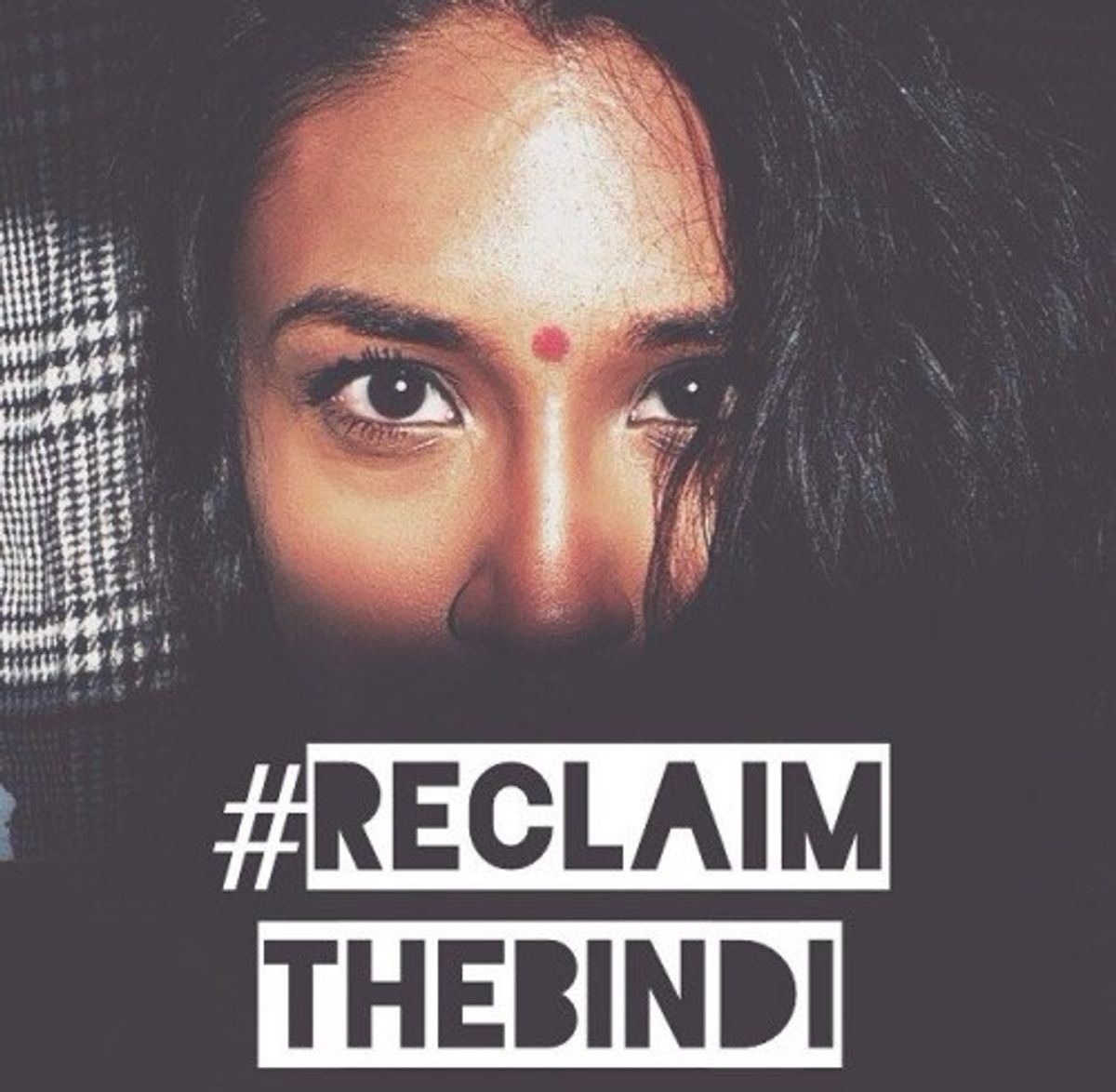 The bindi, in the simplest of terms, is a decorative dot placed on the forehead. It is a Sanskrit word meaning “a drop/small particle/dot”. Traditionally it is a bright dot of red color applied in the center of the forehead close to the eyebrows, but it can also consist of other colors or as a piece of jewelry.

In the Hindu culture, a bindi has a lot of religious and cultural meaning behind it. Primarily speaking the spot between the eyebrows where the bindi usually is worn represents the sixth chakra. Or in other words, one’s third eye. Women and men in the culture who adorn themselves with this mark are taking pride in their sense of inner wisdom. And while technically speaking the bindi is the sign of a Hindu woman, the bindi has integrated itself all throughout South Asian culture through the sharing of tradition and practice.

The problem we have seen arising in today’s society is this sudden outbreak of non-Hindu, non-South Asian people taking the bindi and using at as a fashion piece. Quite recently, #reclaimthebindi week was held during the first week in August. One of the main reasons behind this timing was it’s concurrence with the ever so popular music festival of Coachella. Celebrities donned the bindi on their foreheads like it was another pair of earrings and to people who have been ridiculed for this culture to suddenly see the very thing they were made fun of now be taken from them because suddenly, it’s ‘fashionable’—it’s a little jarring.

As shown above, stars like Vanessa Hudgens and Selena Gomez have been known to wear the bindis like casual jewelry without really considering what they’re doing.

When kids in this culture were growing up in the U.S. a lot of them were unable to really escape feeling embarrassed about their culture. For the people that didn’t understand it, it was funny so they made fun of the look of their clothes or the smell of their food. But as soon as something becomes considered beautiful under national standards they suddenly erase any memory of their dislike.

Cultural appropriation is defined as using parts of a culture that does not belong to you as though you had a right to it. Something people fail to understand about this concept is that it doesn’t mean other people’s culture is off limit all the time. If someone from the Hindu culture invites you somewhere that wearing tradition clothing and even a bindi is expected, then you’re being invited into the culture by someone who’s okay with it. But by wearing the bindi and the clothing because you think it’s pretty? That’s not okay. For years, South Asian culture was considered different and even weird. This culture was ALWAYS beautiful—it doesn’t suddenly become beautiful because some mainstream media decides it’s going to be.

Reclaim the Bindi is a movement to show that people are willing to stand up for something they are proud of and respect. It shows that they’re not going to sit back and watch it be taken from them so lightly.

There are so many things I could say about this movement but honestly the best way to see the impact it’s making is to look for yourself. Search the #relclaimthebindi tag on twitter. Surf through the pictures on tumblr. Educate yourselves so you don’t make the mistake of taking someone’s culture from them.