The Rebellion in 'Star Wars' isn't the only Rebellion around. 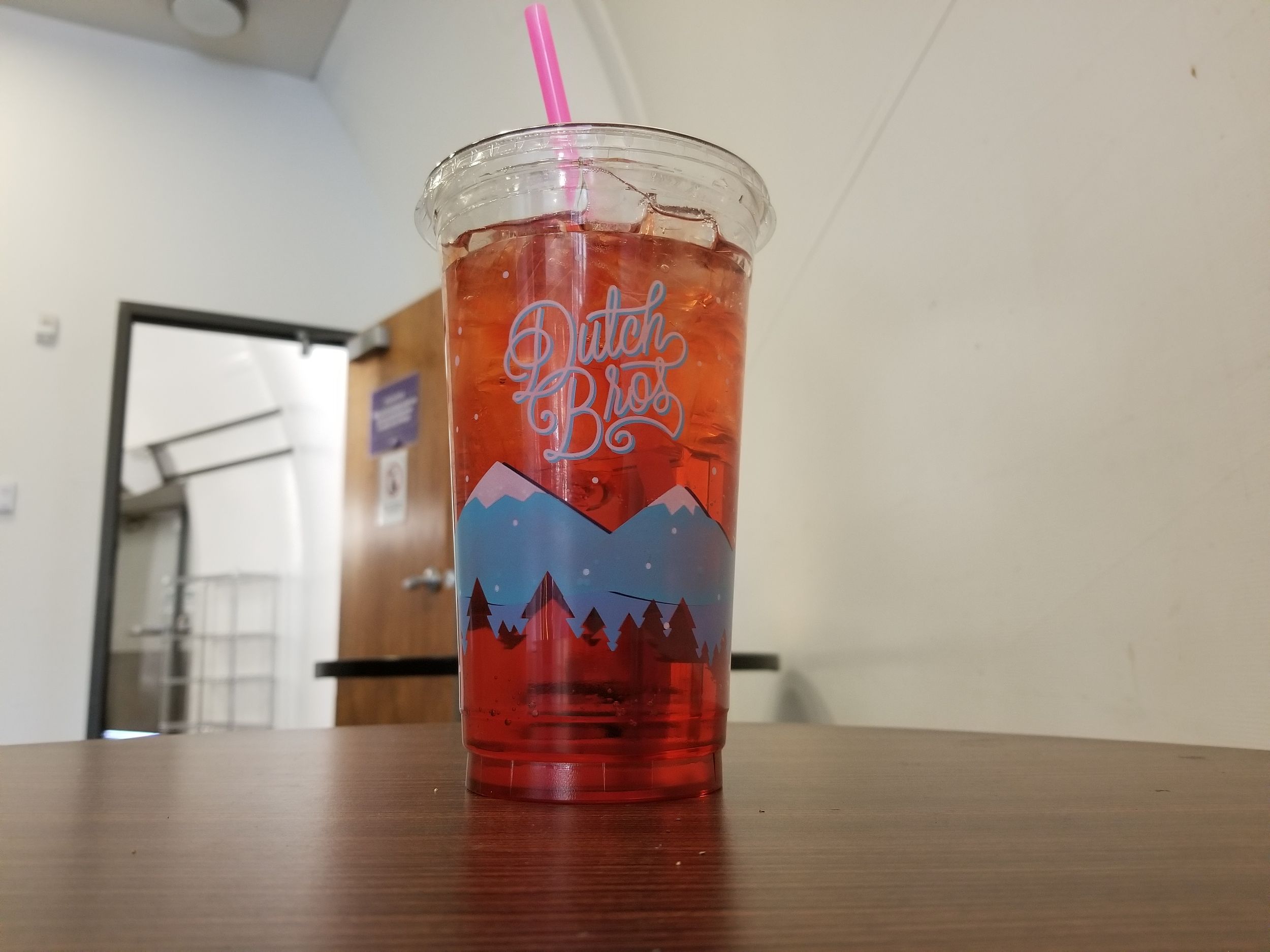 Those of you that know me, know that I am absolutely obsessed with Dutch Bros Coffee. I go there pretty much every day and I have no regrets. I go there so often that some of the people who work there know my order because they recognize me. I rarely change my order because I am cautious of trying new things, however, at the beginning of the fall semester, I opened myself up to trying their Rebels.

SEE MORE: 30 Drinks At Dutch Bros To Fuel Your Addiction

For those of you who don't know, Rebels are flavored energy drinks. Now that the semester is to a close, I can officially say that I have tried every Rebel on Dutch Bros' online menu. Here are my top ten favorites that are an absolute must-try!

The Hawaiian Rebel was actually one of the last ones that I tried and it turned out to be my favorite rebel that is offered at Dutch Bros. The flavors to this rebel are banana, orange, peach, and strawberry. Yum!!

The OG Gummy Bear Rebel is tied for my number one favorite with the Hawaiian Rebel. Not to be mistaken for the "Gummy Bear Rebel" the OG has the flavors of pomegranate, passion fruit, watermelon, and grapefruit! I may just have to go to Dutch and get this one today!

The Laser Cat Rebel is not as weird as it sounds. It is actually one of the most simple rebels that Dutch offers when it comes to syrup flavors. The flavors within this rebel are raspberry and coconut.

Just like the Laser Cat, the Tiger's Blood Rebel is also simple when it comes to syrup flavors. The flavors within this rebel are strawberry and coconut. If you are a first timer to Rebels, this is the one I would recommend.

The first time I tried this rebel, I did not like it very much. The flavors were very strong. However, when I gave it a second try, I found myself liking it and so here it is on my list! The flavors in this rebel are peach, passion fruit, orange, and banana.

This rebel, I thought, was a little tart. This is different because, in my opinion, most of the rebels are very sweet. However, if you like tart, then you will like this rebel. The flavors in this rebel are blackberry, peach, and grapefruit.

The Stop Light Rebel is another one that I highly recommend for a first timer! The flavors in this rebel are pomegranate, passion fruit, and kiwi.

The Palm Tree Rebel is similar to the Stop Light Rebel with one flavor change. However, the flavor change makes a difference in my opinion. The flavors in this rebel are pomegranate, passion fruit, and lime.

When I first tried this rebel, I was taken aback at how strong the flavors were. However, the flavors are a good kind of strong and the flavors definitely go along with the name. The flavors inside the Midnight Rebel are blackberry and pomegranate.

I actually just recently tried the Tropical Rebel and it honestly did not have that much of a taste in my opinion. It took me about half way into a large to be able to taste a flavor. Now, that could have just been me, but I still think it was good enough to make my top ten. The flavors in this rebel are passion fruit, coconut, and blue raspberry.

I get all of my Rebels as an iced drink but you can also get them blended! I have not tried any of them blended but I am sure they would taste the same. I hope I have given some of you new drinks to try! If you do try them, let me know what you think!