Reasons Not To Be A Feminist

For anyone incapable of comprehending feminism. 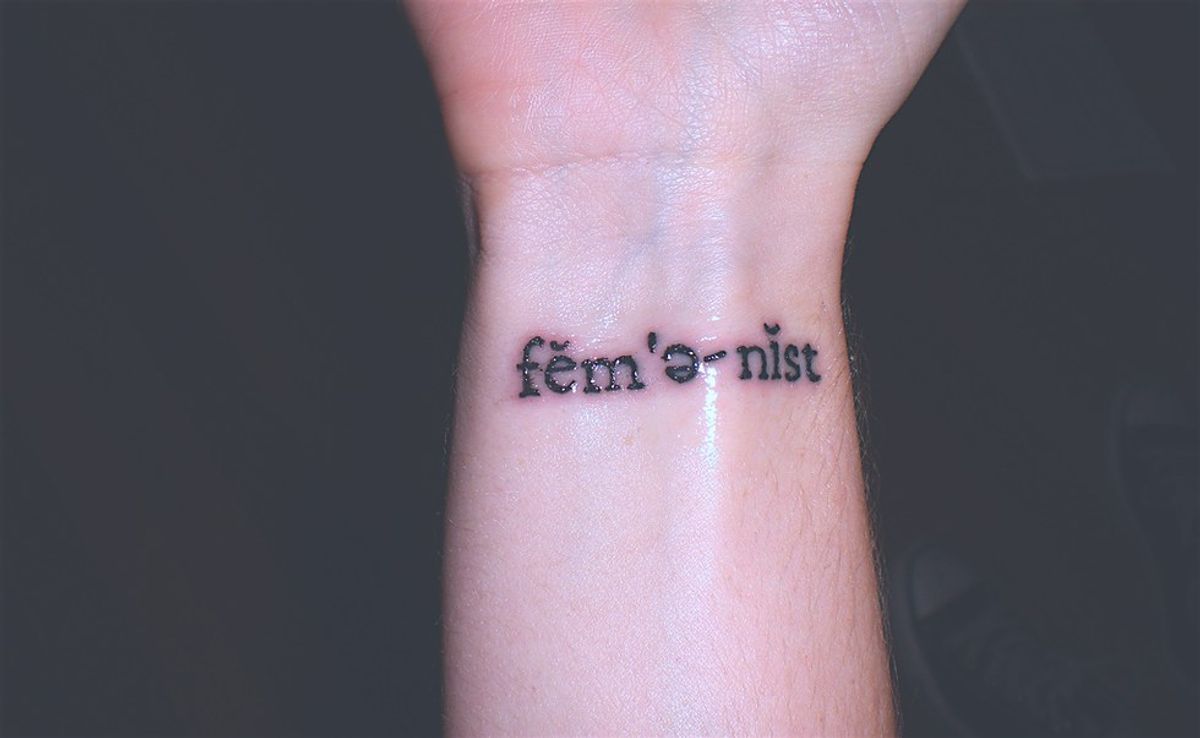 Here are some reasons for a woman to not be a feminist:

Yes, you read that right.

Recently, I read an article called "I Am Not A Feminist, And That Is Okay" and I was astounded at the amount of shares it had. The main point this author was unfortunately trying to make is, that while she agrees that women deserve equal pay, she does not agree with the idea that women shouldn't be nurturing, good moms, like to cook etc. She goes on to explain that she has traditionalist values and that she is happy she is not a feminist.

However, here's the thing: feminism is not an elaborate movement to stop women from having kids and abandoning their traditional roles. It's about giving women the freedom to do so if that is what would make them happy. It's about being a stay at home because you want to be not because society has told you that you have to. Just like the author of this article, I constantly hear things such as, "Yeah, I believe in equality but I'm not a feminist," or "I want kids so I can't be a feminist," or my favorite:

"Only ugly girls are feminists."

Feminism has become a dirty word due to the major misconceptions that surround it. In order to break this nasty stereotype, the myths surrounding feminism need to be disproven.

Feminism is about being above men.

Absolutely not. Feminism is about equality in every sense of the word. When I say equality, I truly mean equality not just the parts of equality that benefit women. The man should not be expected to pay for dinner simply because he is a man. Domestic abuse from a woman to a man should be taken just as seriously as domestic abuse from a man to a woman. A woman should not be given a lighter sentence to a crime than a man simply because she is a woman. The words "strong" and "assertive" are not exclusively reserved for men just as the words "emotional" and "nurturing" are not exclusively reserved for women.

Feminists are against having children, being good wives, doing housework and God.

FALSE. Anyone can be a feminist. Regardless of your gender, your sexual orientation, your race or your age, if you think everyone deserves the freedom to make their own choices, then you are a feminist.

Feminism has already made women equal.

As much as I wish this was true, it is not. While it is true that tremendous progress has been made, women and men are not equal. Women pay more for necessities such as razors, socks etc simply because they are tailored for women. They make 16 percent less than a man in the same position. Women are the minority in politics, news and the tech sector.

While the lack of equality does bear most of its impact on women, that does not mean it doesn't affect men.The lack of equality and the promotion of gender stereotypes promotes the message that men aren't allowed to be emotional even though there is no scientific evidence that men experience emotional experiences differently than women. The toxic idea that men must be strong and never show weakness or vulnerability derives from a societal construction drilled into our brains through media and phrases such as "boys will be boys." This makes men feel inferior or inadequate when they do cry or when they aren't "buff" or "masculine" enough which can have terrible psychological effects. This also part of the reason that most male rape and domestic abuse victims don't feel safe enough to speak up against their perpetrator.

Therefore I ask you this:

Do you believe that every human being deserves the freedom to choose what they want to do with their lives without being judged or reprimanded? Yes? Then proudly state you're a feminist.