The Real Problem With The Election

The Real Problem With The Election

"Our best days are still ahead of us." - Clinton 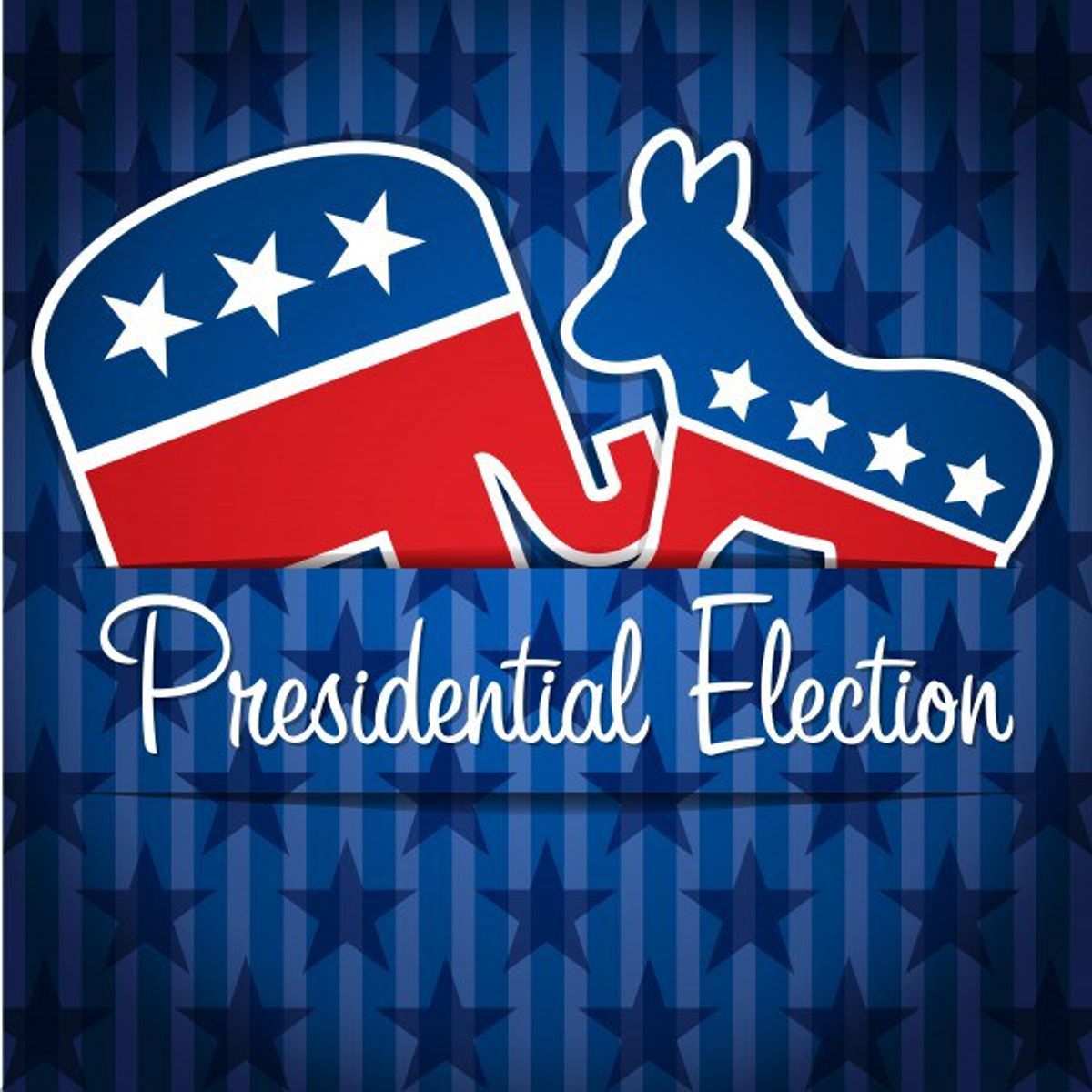 It is November 9, 2016, the day after the 2016 General Election, and as Trump has been elected the new President of the United States, it seems this is all the talk of today. I woke up this morning going about my daily normal routine and was more concerned about the oral Spanish quiz I had in class today, but as I arrived at my class 10 minutes early, it was hard to ignore the political conversations.

Some will tell you this election is a big problem because of who was elected the next president, but the biggest issue with this election is the divide between us citizens. Hearing all the conversations about the election so far today (and it's only 12:30 p.m.) no one has one positive thing to say about anything or anyone.

Starting with voting. As I talked to my roommate after I came back from class, I told her "it seems like you are damned if you did and damned if you didn't [vote.]" I stood in the hallway waiting for my Spanish classroom to open up when I walked in on a political discussion when someone exclaimed, "If you voted, you should have made it count." First of all, if you voted, it did count. It counted for what you believe and what you want this nation to be in the near future. The student who stated this was referring to people who voted third party. It really bothers me when people tell you to vote and encourage voting, but if you voted for someone unpopular, like third party candidates, they think you didn't allow your vote to count. I also saw a post on Facebook from someone who stated, "If the 3 percent of the people who voted third party would have voted for Clinton, we wouldn't be here." This is the problem, every United States Citizen has a right to vote for who they believe will be fit to run this country, and criticizing the way people voted and saying they should have voted one way rather than another, is just like taking away someone's right to vote. This is what discourages people from going to the polls and voting because they believe their vote won't count.

Another huge problem that I have noticed about this election is the lack of respect and compassion as human beings. This scares me a hell of a lot more than finding out who our next president is. I have seen posts on Facebook stating, "I am not going to respect Trump." I have also seen people destroying political signs and setting them on fire. It is one thing to not support him or agree with his views, but being outright disrespectful to any president is just wrong. Sure some will argue the fact that if Clinton won, Trump supporters would have done the same thing, and I will say again, it wrong, regardless who won the presidency. The thing that boggles minds the most, is that the candidates were more cordial than how us citizens are treating each other, based off of who we supported and the way we are acting towards Trump. All I wanted this morning was a warm cup of coffee, and the woman that served me had a button on her apron that had Trump's face crossed out on it. Sure, that is her right to express how she is feeling, and I would never neglect someone's right to express themselves, but I just have to stop and ask myself, "how is there so much hatred in this world?"

I watched a video from Barack Obama this morning and he stated something that has stuck with me all day; "No matter what happens, the sun will rise in the morning and America will still be the greatest nation on Earth." This how we need to be thinking about the results of the election. Sure, Trump may not have been your desired candidate, but it is what you have to accept. As Clinton stated in her last speech "We must accept the results and have an open mind." Clinton claimed "it's going to be painful for awhile," but she believes in America, and hopes that Trump will be a successful president. She encourages that we stand together and respect each other's differences because if we do so, "our best days will still be ahead of us."

So the biggest problem with this election is not who got the most electoral votes and will show up to the oval office January 20, 2017. The biggest problem is the divide of our citizens. This election has destroyed relationships and torn communities apart. All it takes is simple respect, human decency and optimism to bring our nation together. Not everyone will agree on all topics and views, but we can at least be kind to one another.