The Real Problem With Homework And Exams Is Overuse And Misuse
Odyssey
CurrentlySwoonLifestyleHealth & WellnessStudent LifeContent InspirationEntertainmentPolitics and ActivismSportsAdulting
About usAdvertiseTermsPrivacyDMCAContact us
® 2023 ODYSSEY
Welcome back
Sign in to comment to your favorite stories, participate in your community and interact with your friends
or
LOG IN WITH FACEBOOK
No account? Create one
Start writing a post
Politics and Activism

The Real Problem With Homework And Exams Is Overuse And Misuse

Exams and homework can really be a chore for no real reason at all. 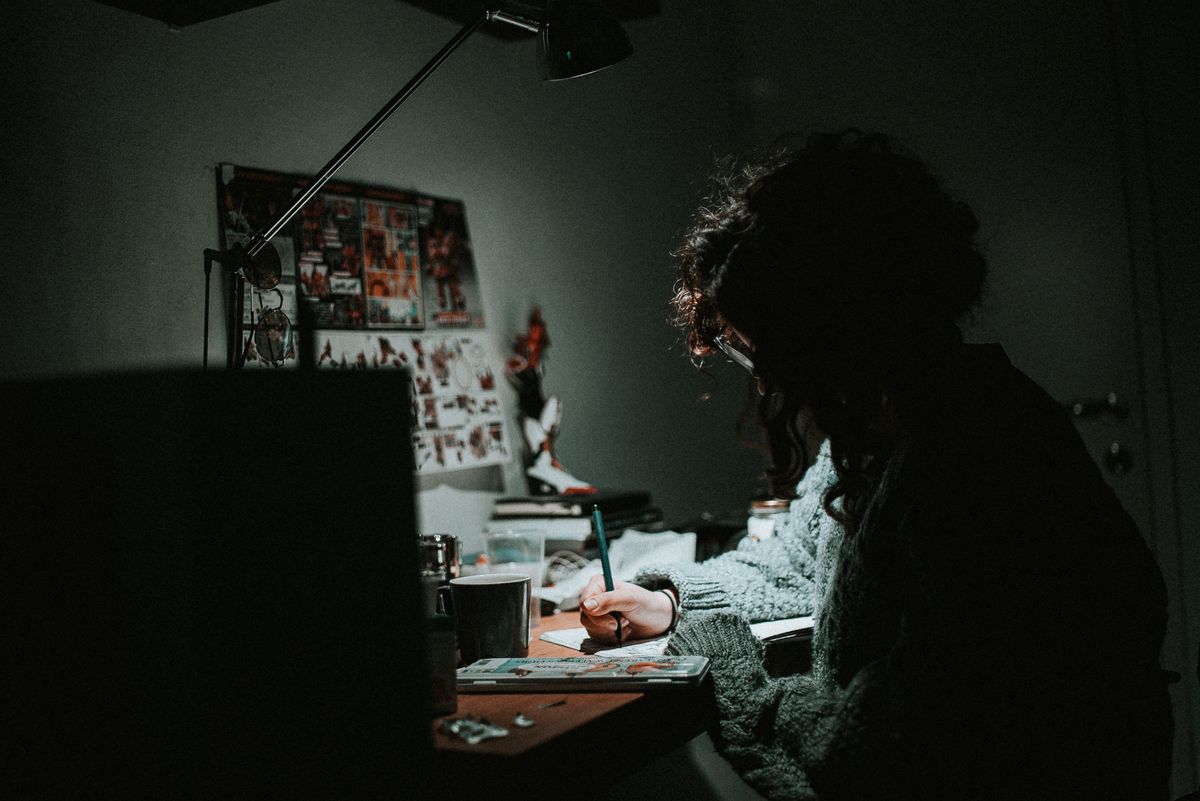 I have no real problem with exams, studying and homework. Isn't it shocking?

Of course, my issues with it come in the form of overworking students and overall misuse, but not in the initial concept itself. After all, nothing is good in excess. Places such as South Korea, a well-developed and knowledgeable nation as a whole, are known for the stress culture that has impacted students and workers heavily, making South Korea one of the nations with the highest, if not the highest suicide rate in the world.

It affects us heavily in America too, especially those of us who think the best idea in the world is to take eight APs every semester.

That isn't to say examinations and homework are not good things or good concepts on their own. Exams are one of the most objective methods for statistical measurements when controlled for outside variables of course. This is due to the fact that typically the wealthier you are the higher you'll score on exams like the SAT. There are many flaws when you consider the SAT outside of the vacuum, especially since many schools rely on it as a factor, but not the sole factor for admission. However, 1100 v. 1500 shows a real difference in college admissions whether you would like to admit it or not.

For teachers, who are already mistreated enough, some exams are used to determine whether or not their classes are successful. However, these exams cannot be viewed in a vacuum because I have talked to students who will straight up bomb state-mandated exams because they had no desire to take exams in the first place.

Some teachers are so stressed out by these exams that they begin to cheat on those state exams. In Atlanta, Georgia, 11 teachers were charged with racketeering and other similar charges for cheating on the state examinations which at this point were called the Criterion Referenced Competency Tests. These tests were administered to most elementary, middle, and high students each year. These tests would focus on the basic core subjects such as math and science. Then, the students are assessed and so are the teachers as a result, which lead to desperate measures.

In high school, exams reach an all-time high that I didn't even think was possible. AP exams, state exams, subject tests, ACT, SAT, math and reading inventories, finals and end of pathway tests. They all have their uses I suppose, but it all comes at the same time and some tests are completely redundant. Tests don't even really teach, and when there are so many exams in rapid succession, class time is taken away from classes and exams that actually matter.

For example, we have to take a state-mandated exam, which will take some of the students in my school away from their chemistry class, which they need for the AP exam, which could save them hundreds or thousands of dollars of dollars. One of these exams is more valuable than the other, in my and many other students' opinions.

As for homework, many of the same arguments stand. Except the immediate benefit of homework is apparent; there are many things that teachers may not have time for in class that they decide to find a method to teach away from the classroom. There is such a thing as useful, meaningful homework, and most of my teachers assign us that type of work. The problems arise with busy work, as always.

It takes up your time, effort and energy when the actual content is easy. There was only one class that had a large amount of busy work last semester, and I feel our teacher probably could have used better strategies then work that feels like it fell out of my head. A lot of the concepts were similar, and while her system was pretty good, there are still ways to condense the work she was giving us.

School work is good only in moderated amounts, much like anything else. Students have stress from many other things in life and there is a point where many things become worthless and unimportant to many of us. Exams, for example, are supposed to be used to judge teachers, but even us AP and honors students find state exams to be, frankly, a joke. The funniest part is that some people don't realize that the most important part of the test is the one where a teacher risks losing some sort of incentive when they are already so lacking in benefits in the first place.

Is there a solution? I honestly cannot see one in sight. Many exams such as the SAT and ACT have been relied on so heavily over a long period of time that it may be difficult to find other alternatives to those exams, but there are an increasing amount of test-optional schools who realize that a test score doesn't really mean that much.

As for homework, that's really up to educators and administrators to fix, as their student populous doesn't exactly agree with all their policies and decisions. There's a flipped classroom concept that some of my teachers have tried out, and it's taught me more information than I thought I would be able to keep. A flipped classroom is where you apply learning in the class and set the foundation through homework. Through this, I have learned how to study smarter and procrastinate less (note: less) than before, and I could not be more thankful.

Nicole Marie Nigro
Individual Creator
656
c1.staticflickr.com
Where to start...... Let me start with the cliche that life throws us curveballs and what we do with it is what counts.