Fun Facts You Might Not Know About The Zodiac Signs
Odyssey

Fun Facts You Might Not Know About The Zodiac Signs 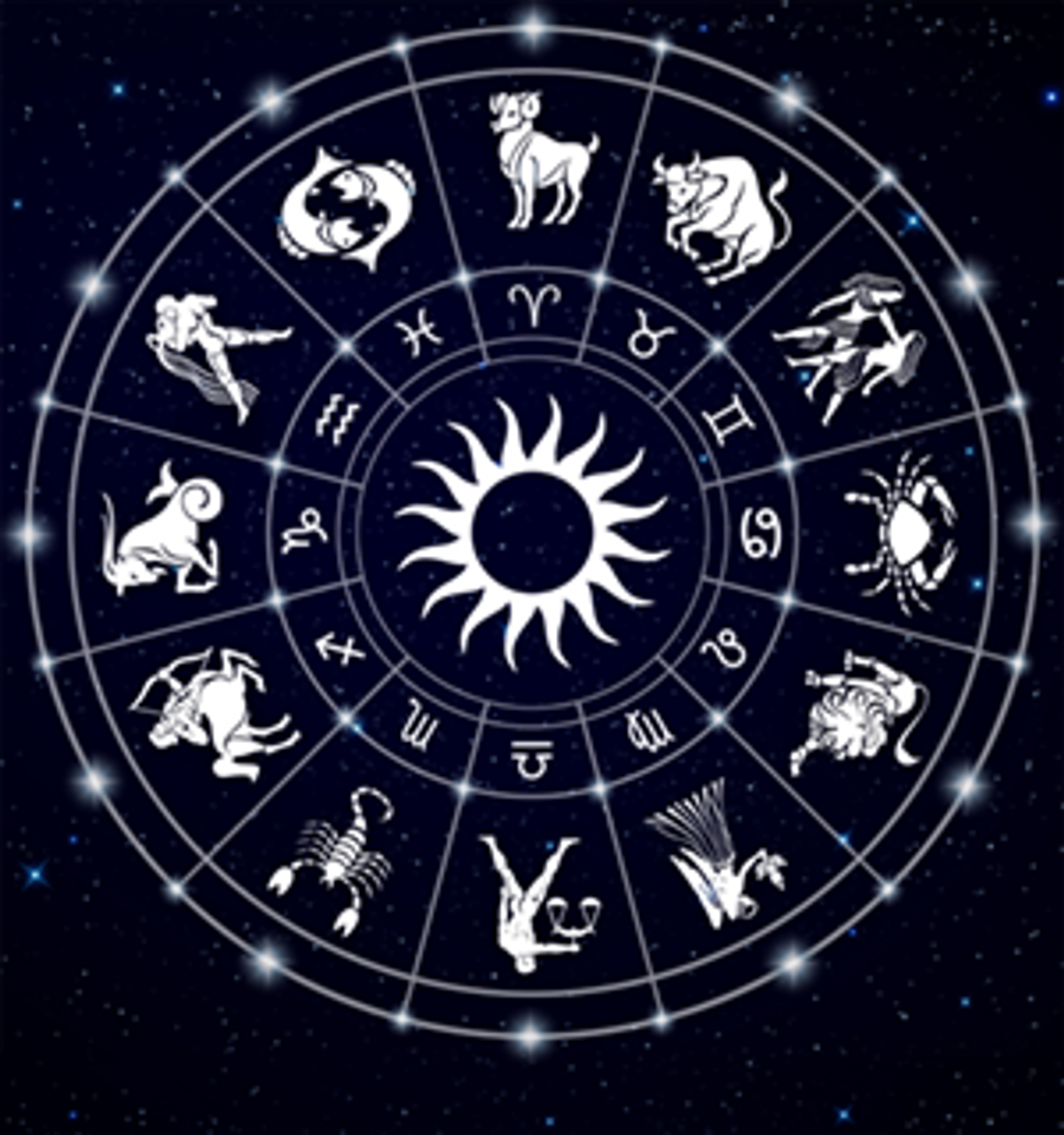 Long ago, astrologers believed that the position of the sun and stars during the time of birth helped determine aspects of a person's life and personality. Whether you consider it junk science or find this aspect of astrology interesting, one thing that can be agreed on is that reading about Zodiac signs can be fun. Recently, I found a few books on Zodiac astrology in my local bookstore, and since I'm a bit of a hippie with an interest in the history of these signs, I was inspired to compile some tidbits I have learned throughout the years. Here are some random facts about the 12 Zodiac signs.

You’ve probably seen most astrology lists start with Aries, even though this sign represents the months of March and April, rather than the beginning of our calendar year. This is because Aries is the first cardinal sign and represents the beginning of spring, the growing season, and therefore, the year itself. The basic characteristic of Aries is action, and since Aries represents beginnings, it is under this sign that people are often inspired to start thinking about or making changes in their lives.

In ancient Greek mythology, Zeus transformed himself into a bull in order to secretly seduce the mortal Europa. Once he got her attention, he carried her on his back to Crete, where he revealed himself as Zeus. Out of their affair, three sons were born, one of which became the most famous king of Crete. Zeus later paid his respect to the bull by placing it forever in the night sky. The bull seen in the constellation was later called Taurus because that is the Latin word for bull.

Out of all the signs, Gemini is the least likely to commit a violent crime. According to the FBI website, out of all criminals booked into custody, there are fewer Geminis than any other sign, and when they do get arrested, it is most often for the nonviolent crimes of fraud or stealing. However, one infamous Gemini criminal is serial killer and cannibal Jeffery Dahmer, who murdered 17 men over a span of 13 years.

The nickname for those born under Cancer is Moon Child. Popularized in the hippie era of the late '60s and early '70s, the nickname originates from the fact that Cancer is the sign ruled by the moon. Just like the moon goes through many phases throughout the month from crescent to full, Cancers tend to go through many changes and experience instability throughout their lives because they are the signs most connected to and influenced by their ever-changing emotions.

Each Zodiac sign has an opposite, and while many would assume this means the signs are polar opposites, don’t get along, or tend to have opposites-attract type relationships, the truth is that none of those notions is true. Opposite signs are more like two sides of the same coin, concerned with similar issues but oriented towards the same goal from the opposite direction. Leo’s opposite is Aquarius; both signs are interested in creativity and innovation, but Leo approaches these interests in a personal way, while Aquarius is concerned with a collective standpoint, seeing themselves from more of a group standpoint compared to Leo’s individualism.

Each Zodiac sign has an ancient gemstone affiliated with it, which is different from their month’s birthstone. Zodiac gemstones were believed to transmit energy from the planets to bring fortune and good luck to those who wear the sign’s stone. Libra’s Zodiac gemstone is smokey quartz. It is a protective gemstone that is believed to inspire new ideas, help make life fun and free of clutter, and promotes balance and positive self-image. New beginnings are meant to be made easier for Libras who have the smoky quartz.

There are more symbols to represent the facets of Scorpio personality than any other sign. The first is the scorpion, which in legend, is prone to sting itself to death out of its own frustrations. The second is the snake, which represents cunning and wisdom. Then there is the eagle, who refuses to be defeated, but will also never seek the total destruction of their enemy. Finally, there is the phoenix, the mystical bird believed to have risen from its own ashes, representing resilience.

Sagittarius is a masculine-influenced fire sign, with the symbol of an archer and the ruling planet of Jupiter. As a result, they tend to be bursting with energy, enthusiasm and excitement. They react quickly and often make hasty decisions. This leads them to be the most adventurous sign in the Zodiac. Sagittarians are also most likely of all the signs to be famous or well-known. Notable examples include Brad Pitt, Frank Sinatra, Sarah Paulson and Taylor Swift.

Even though Capricorns are best known as practical and level-headed, they also tend to have a lesser-known strong concentration of spiritual truth within themselves. They hold firm to their beliefs in both themselves and their spiritual truths. They are deeply connected with their home environment and also to nature. If they are often misunderstood, it is likely because their level of consciousness is more acute than others. The Capricorn is also historically portrayed as both the goat and sea-goat, a creature with the torso and head of a goat and the tail of a fish, in Greek mythology.

Although it is difficult to determine the dates of the astrological ages because astrologists disagree on specific dates, the general consensus among astrologers is that we either already have entered or will soon enter the Age of Aquarius. Each astrological age lasts about 2,150 years and influences major changes in society, culture, and politics. It is determined by the position of the sun during the spring equinox as it moves in front of a new Zodiac constellation. The Age of Aquarius has also been used as a nickname for the New Age and hippie movements that were popular in the '60s and '70s.

Each Zodiac sign has a set of numbers that are generally considered their lucky numbers, or numbers that hold significance to them at some point in their lives. Pisces most lucky number is seven. Seven is a lucky number associated with spiritual, psychic and intellectual development, as well as wisdom and higher reasoning. It is also a time-bound energy, which often signals luck when seen in sequences. For example, if you see a series of seven throughout the day (on the clock, license plates, room numbers, etc.) it can indicate good timing for scholarly or adventurous endeavors.