My Raincloud Day: January 21st
Odyssey
CurrentlySwoonLifestyleHealth & WellnessStudent LifeContent InspirationEntertainmentPolitics and ActivismSportsAdulting
About usAdvertiseTermsPrivacyDMCAContact us
® 2023 ODYSSEY
Welcome back
Sign in to comment to your favorite stories, participate in your community and interact with your friends
or
LOG IN WITH FACEBOOK
No account? Create one
Start writing a post
Health and Wellness

My worst day ever is always January 21st. Every year. 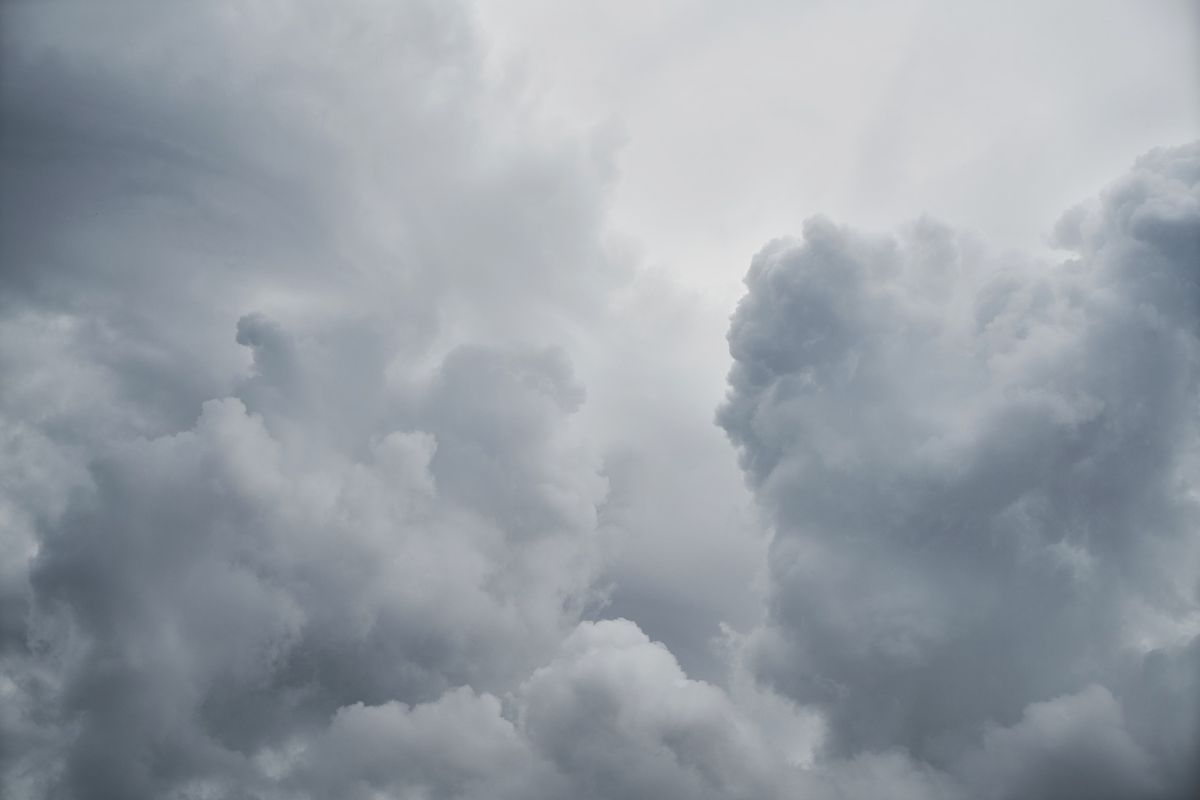 Have you ever felt like there was a rain cloud hanging over your head? And not the "oh, bother, stuff and fluff" kind from Winnie the Pooh, but the "this lightning might kill me" kind?

My cloud is ever-present, but every year on January 21st, it seems to grow stronger.

In 2012, my mother had to have emergency surgery. It was urgent but minor - something doctors see all the time and they told me I had nothing to worry about. I still worried. My mom has always been the only person who has been consistently there for me. What would I do if she was suddenly taken from me? The thought made me sick to my stomach. All night I was up, nauseous and vomiting at the thought of what might happen.

The day passed without incident, my mother's surgery went well, and she came home a day or two later.

In 2014, I went to the emergency room at Miriam Hospital in Providence, Rhode Island. I felt nauseous, extremely fatigued, short of breath and delirious. I couldn't drink enough water (or anything, for that matter), I couldn't sleep and my heart was racing.

Once the doctors took a blood panel from me, the attending physician came screaming over to my little cubicle.

"WHY HAVEN'T YOU BEEN TAKING CARE OF YOUR DIABETES?!" She screeched. "YOU COULD'VE DIED! YOU'RE IN DKA!"

My mother and I looked at each other, puzzled, and then back to her.

"Uh, lady, you're in the wrong place. I don't have diabetes. Also, you might want to re-think your bedside manner a bit..."

She showed me my results. The panel looked like it should've belonged to a woman in her 90s. I had no magnesium or potassium in my body. I was in shock, both emotionally and physically. I had developed sepsis.

She began trying to administer all kinds of antibiotics to me, but she couldn't. She couldn't keep an IV in my arm. All of my veins had collapsed.

"Am I going to have to stay the night?" I asked, voice trembling with fear.

"Sweetie, I don't know if you're going to make it through the night at all."

My stomach dropped and I immediately vomited again. I think I passed out after that because I don't remember anything.

I spent six days in the Intensive Care Unit. I was going through something called Diabetic Ketoacidosis. It meant that my blood sugar had been so high for so long that the sugar I was consuming (and thought that my body was processing, as it naturally should have) was turning to acid in my blood, boring its way out through holes in my skin. I developed a serious infection that threatened my life.

A social worker and the hospital chaplain came to my room. They told my mother she should start "making arrangements." They all thought I was asleep.

Later that night, the attending physician on the ICU came to my room. He realized he couldn't keep an IV in me so he resolved to use a Central line instead.

"It's like an IV but it goes in through your neck and into your vein. We'll get started on it now." Both my eyebrows went up

He became furious. Which was kind of funny - he looked like a very small Ron Weasley.

"IF WE DON'T DO THIS, YOU'LL DIE," he said, trying to be dramatic and make me realize the gravity of the situation. He was sorely mistaken.

"Well then," I replied, leaning forward out of my hospital bed. "I guess you'd better get the box ready, huh Doc?"

His face went white. I knew what was happening.

A kind nurse who seemed like she'd been doing things for 50 years longer than this doctor suggested a PICC (peripherally inserted central catheter) line, which instead goes in through one's arm and directly to one's heart. I was perfectly okay with that.

After that, I remember bouts of serene calm and serious rage. I screamed at anyone and everyone. There were hours on end where I wouldn't say a word. I was in the most excruciating pain. But even that was nothing compared to what was to come.

There's a lot of numbers and statistics that should go here, but I'll save you the trouble and say that I went into surgery to remove the infection in my skin and came out, alive.

I don't remember much of my week-long recovery other than the last few days. And they were some of the most serious hell I've ever experienced in my 25 years of life.

They could not stitch up the areas where they'd taken the infection out for fear it would grow back under the stitches. So they had to dry pack it.

I'm not going to tell you what that means - if you're curious, you can ask a nurse friend or look it up - but I will tell you it is one of the most barbaric and intensely agonizing things that exists in modern medicine.

I had a resident from Brown University poke at me when I was moved from Intensive Care to a surgical recovery floor. He'd come in every few hours, the beginning of the day and the end of the day, to see how I was. I was feeling mighty sarcastic and it showed.

I nicknamed him Doogie Howser. It pissed him off. It was one of the small joys I had in those two weeks.

I recovered. My wounds healed up in about nine (yes, that's correct) months and I started living my life as a Type 1 Diabetic. I learned to deal with it. People were amazed at how quickly I caught on to the complexities of things.

Nicole Marie Nigro
Individual Creator
7608
c1.staticflickr.com
Where to start...... Let me start with the cliche that life throws us curveballs and what we do with it is what counts.