Quidditch: You Better Believe It
Odyssey

Quidditch: You Better Believe It

Turning fantasy into reality, one team at a time. 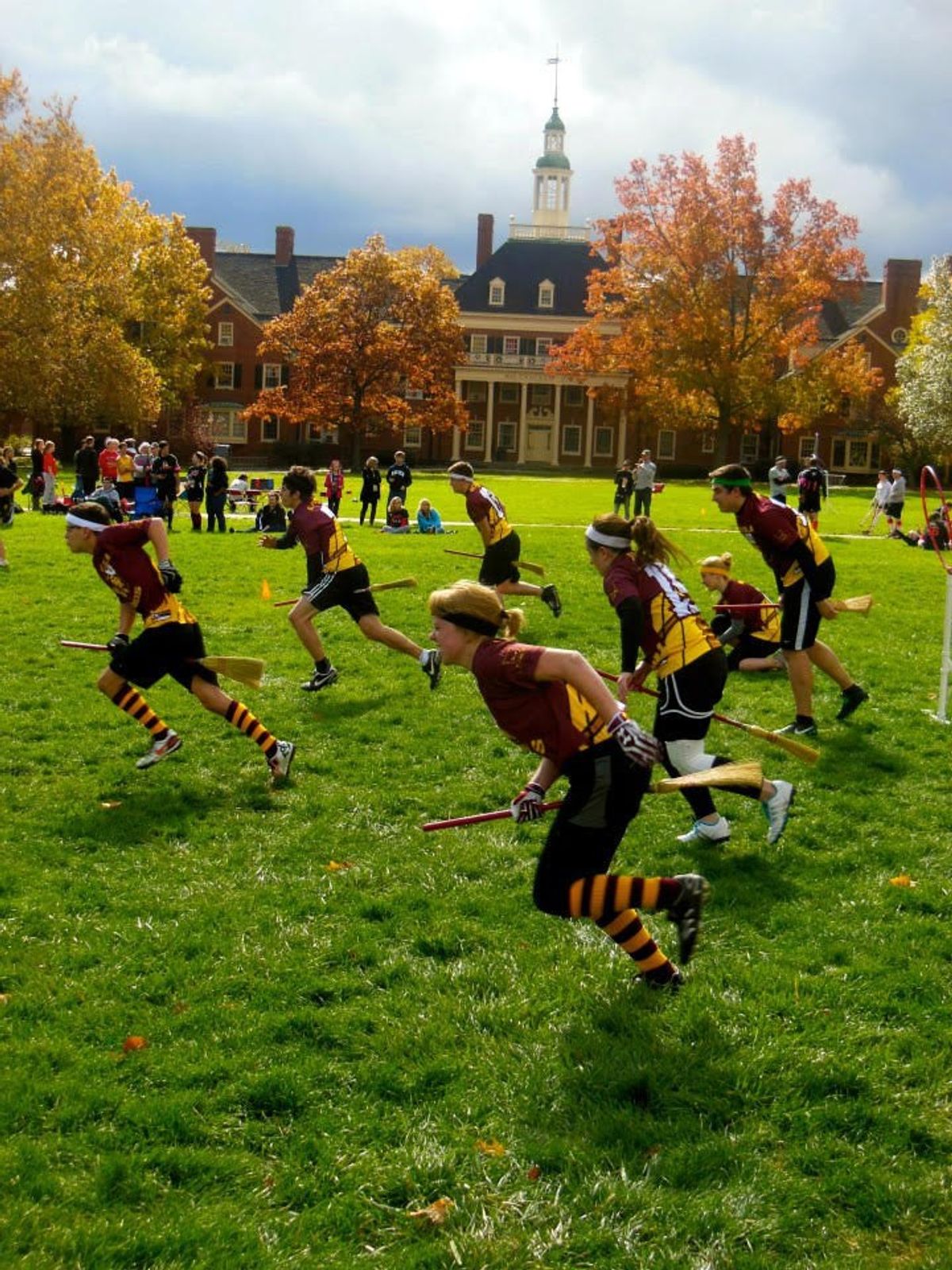 When I tell people that I play Quidditch, I typically receive a slew of different reactions. There is the ever so popular nervous chuckle, immediately followed by the notorious “like from Harry Potter?” question, the confused stare that often comes along with it, prompting to give them more information, or the heart-warming, and increasingly more common, affirmation of how cool it is that the sport is actually “real.”

And that is just it, Quidditch is gaining traction. It’s no longer scoffed at or ridiculed as a bunch of Harry Potter nerds running around on brooms, playing make believe. Sure, the sport was born in the imagination of arguably one of the most creative minds literature has ever seen, and I'm not just saying that because I'm a huge J.K. Rowling and Harry Potter fan. But so what if the game comes from a book series exploring a magical, wizarding world? That’s what makes it even better.

Because, after all, doesn’t every sport get its beginning from someone’s imagination? It’s not like these games have just existed from the beginning of time, or that the oldest sport known to date has a precedent above the rest. Sports can be created as a result of athleticism and passion for the game, while sometimes they are merely the result of chance or a zany idea. Even basketball, a popular sport known to many different types of people, originated from a resourceful minister looking to entertain his P.E. students.

Whether or not Rowling intended for Quidditch to grow from the pages of her bestselling novels, what was once a thought in her head has become a rising college phenomenon. As the sport is gaining more recognition amongst universities, it is becoming increasingly more competitive. Quidditch is a full-contact, intense sport that requires endurance, coordination, and strength. The game is fast-paced, and if you do not stay ahead of your opponent, you will quickly fall behind. I learned this my freshman year when I first joined my school’s team and could barely keep up after running the first five minutes of the match, non-stop.

Through incorporating the elements of football, rugby and lacrosse, Quidditch is a transformation of popular college sports, but with a magical twist. U.S. Quidditch has over 300 registered teams across the country, with numbers steadily on the rise. And not just as players, but as spectators, too. Not a single practice goes by where other students don’t pull out their phones to film us or do a double take as we mount our brooms. And if it’s not already exhilarating enough playing for an audience, truly no feeling can beat the pride you feel when the spectators decide to try the game for themselves.

There is an undeniable excitement that comes along with this sport, whether that be from its magical origins or its exciting infancy. Mostly, though, people are choosing to take part in the sport because it is competitive, it is gender inclusive and most importantly, it is real.
Report this Content
This article has not been reviewed by Odyssey HQ and solely reflects the ideas and opinions of the creator.