Because cussing does more than make you seem f****** cool. 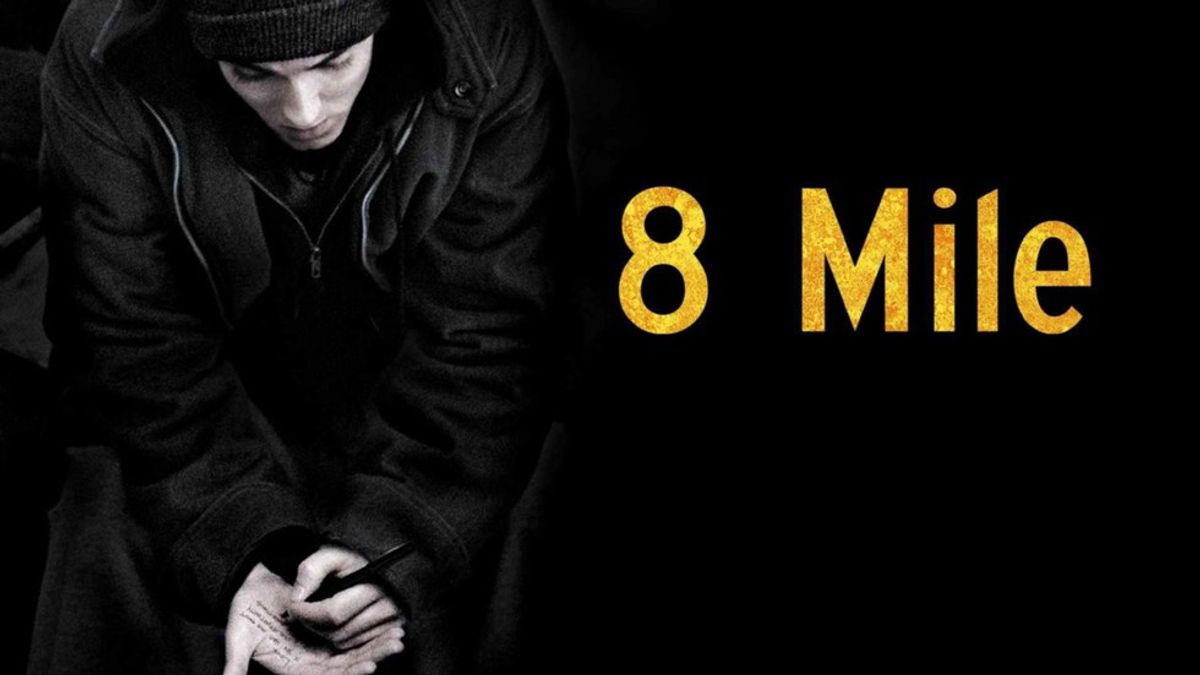 So, I am sitting at the dinner table with my parents tonight eating, pretty normal, when the conversation of rap music arose, as it has before. Personally I am a rap fan. Growing up, one of my older sisters favorite artists was Eminem, and my wanting to be exactly like my big sister, I listened to her music every chance I got. Their is no denying Eminem, topping the charts as the best-selling artist of the 2000s in the United States, is a talented rapper and songwriter. There is also no denying Eminem has never been one to shy away from profanity or violence in his music. Which brings up a very conflicting argument — is profanity needed in hip hop music?

As I got older, I became a rap fan not only because my sister was a rap fan, but because, for my generation, rap was, and still is, a very prominent part of pop culture. I genuinely enjoy listening and dancing to these songs. From Eminem, to Drake, to Wiz Khalifa, to G-Eazy, and plenty more, rappers are some of my favorite artists. My Dad likes to say, “I like rap, I just don’t like when they are cussing every other word,” which is to say he is probably not actually a rap fan. However if their wasn’t as much cussing in rap music, would he be? Would the genre even be the same?

I have a hard time when it comes to talking about this with my parents. Growing up in the time period I have, I feel like I have become numb to the words I was taught were “bad” as a child. I feel like most high school and college age people would agree, when I hear the F-word used in a song, I don’t bat an eye. Now when my Mom hears the F-word in a song, I get the, “Really? Turn this off I don’t want to listen to this.” For me I have always felt like this is simply an age divide, like if my parents were my age, they wouldn’t feel this way because they would see it how I see it. There is a lot more to this argument, however.

Cultural divides also makes it hard for some to understand why profanity is used so frequently throughout rap. If you actually sit down and listen to these songs and what the artists are talking about, you will often find they’re talking about where they came from and how they were raised. For those who were raised in profane environments, profanity is how they get across the message they are trying to relay.

It can be very very ugly sometimes, and I have found it is something most people don’t like to talk about. Especially if they have never had times like it in their own life. So when these rappers are talking about where they came from, and someone who wasn’t raised like that is listening, it’s common for them to become uncomfortable. However I think it’s important that before we write these songs off as “bad,” we should first listen to what they are actually saying, then we would understand a little more why they are using the language they are.

There’s also the artistic freedom side to this argument. Songwriters and rappers truly are some of the most amazing artists of our generation. When they are recording songs, good rappers and writers are putting everything they have into these songs. As artists, they have the freedom to express their message however they choose, and however they want it to come off to the listener. As a huge fan of poetry I also understand word choice is very important to good writing, and what words you choose and emphasize are also very important. Now, you may say they don’t need to be using these words, but I have to disagree. While listening to some of my favorite rap songs and imagining them with no profanity I realize, the song would change completely. The story that this artist is telling, the rawness and the reality of it would be gone. When I say these rappers are artists I say it simply because they are performers, I say it because they are genuinely talented and amazing writers. If you analyze these songs you’ll find that the words that people view as profane, are making this writing what it is, and they are used precisely when they need to be to relay a message, a feeling. Without them, that would be gone.

Now I don’t think this applies in all cases. I have heard my fair share of rappers who sound as if they are twelve years old and just learned cuss words but don’t realize that it’s very noticeable when you don’t know how to cuss and you are just cussing because you feel cool. Theirs also the argument of profanity degrading woman, but that could be its own article in itself so I won’t go there right now. What I am saying is artists shouldn’t be looked down upon simply because you hear a cuss word in their music. If you’re truly listening to the song and the lyrics that aren’t cussing, you’ll find in some cases that profanity really makes the song what it is. It’s not to say profanity is needed to make a good rap song, but simply because it is, that doesn’t make it any less.

Shonda Rimes' 'Bridgerton' Fashion Is Making A Comeback In 2021

"Bridgerton' is a period drama created by Chris Van Dusen and produced by Shonda Rhimes based on a series of novels written by Julia Quinn. The show follows the eight siblings of the Bridgerton family as they attempt to find love and happiness in London high society.

Since its release, Bridgerton has taken the world by storm and has left every viewer talking about it. While fans of the show have been left with a lot to discuss, one of the conversations I hear most frequently is about fashion. Fans can't get enough of the shows regal and vintage fashion. So much so that this new interest in fashion from this era has been dubbed as "Regencycore." As the popularity of this show and similar shows only continues to grow, I suspect to see this trend only continue to grow throughout the next year. So here is how I think Bridgerton and Regencycore style will affect fashion trends in 2021.

This year has been a dumpster fire.

I think we all will collectively have PTSD from this horrid and heartbreaking year. 2020 was so different than anyone expected. It broke hearts, grew frustrations, and taught us some awful lessons.

With Coral Springs offering so many big chain options, its easy to forget the local chains and mom and pop joints that are worth checking out while you're home.

I love coming home from school for many reasons, one of them being home-cooked meals. However, there is a handful of places that are only in C. Springs that I have to have while I am home. I could go pro in ordering takeout, and this list is curated in my semi-professional opinion. In no particular order, here are 15 of my favorite spots in Coral Springs, FL:

Putting Bipolar Disorder In The Spotlight

It's time to take the stigma away

Loni
Missouri State University
25950
Photo by Nothing Ahead from Pexels

One of the most common mental health disorders is Bipolar I and II, in fact around 3 million people each year are diagnosed. And while mental health is being pushed into the spotlight even more there is still quite a bit of stigma circulating around it, and with Bipolar Disorder this is even more true due to the nature of how it is constantly presented in the media, whether it be on the news or even in films. So, what is Bipolar Disorder? And what are the manic and depressive episodes like?

Not many are aware that there are two different phases that revolve around bipolar disorder, they are manic and depressive. What are they? How would you classify them? What are the symptoms of the phases? These are the most common questions regarding these two phases, and quite honestly it can be hard to pinpoint them from an outsider who is not aware of how to spot if their loved one is going into either phase.

As Someone Who Struggles With Body Dysmorphia, I Can't Stand Diet Culture

Mental illness should not be a marketing appeal.

From the outside, I am a healthy college student. However, what you don't see when you sit next to me in class or pass me on campus is my struggle with body dysmorphia. This has been an issue since my early teenage years, and while I've grown in confidence and self-care, I'm not perfect.