Through the disrespect of not attending funerals of our public servants, President Donald Trump has hurt the Office of the Presidency . 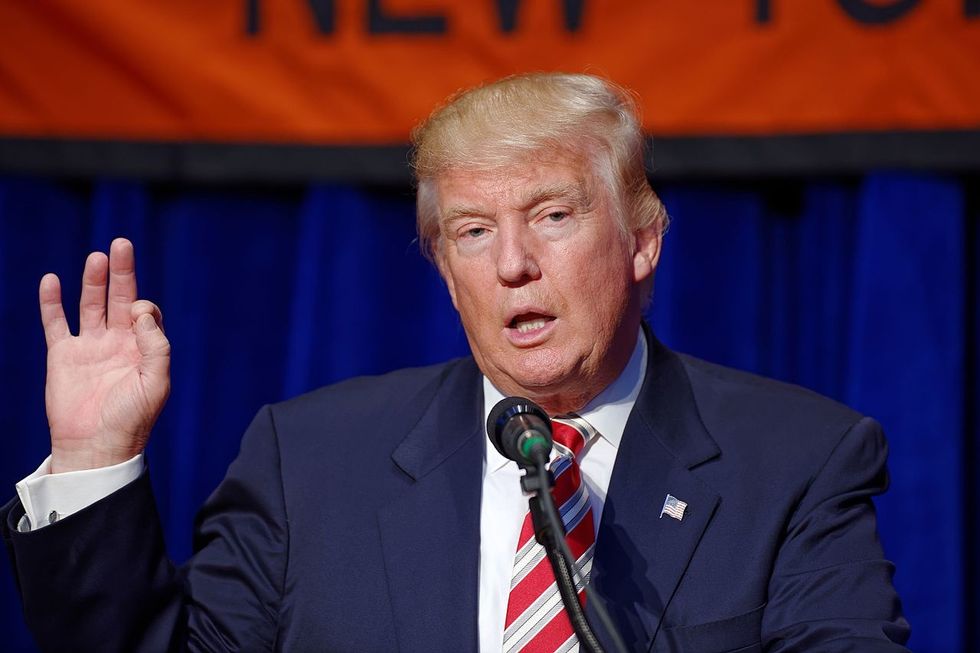 Earlier this , the funeral for Rep. John Lewis was held at the Ebenezer Baptist Church is with former Presidents Barack Obama, George W Bush and Bill Clinton in attendance along with their wives Michelle Obama, Laura Bush and former Secretary of State Hillary Clinton. Former President Jimmy Carter could not attend due to is weak health and his concerns over his and his wife's, Rosalynn Carter, safety due to the COVID-19 pandemic. However, a notable individual was missing during the ceremony. That individual being President Donald Trump himself or anyone in his Cabinet or administration.

It is not customary for a President or former President to attend the funeral of a Congressman but they would normally send someone in place to represent them to the funeral. However,this is not the first time the President has done so during the tenure of his Presidency. Out of the eight highly political funerals that have taken place during his Presidency, he has only been to one, that of former President George H.W Bush. This is quite shameful for him and tarnishes the respect and decency of the Office of the Presidency.

Out of the eight high profile political deaths, half were Republican. The list includes the former President along his wife Barbara Bush, three Democratic Congressmen, Rep. John Lewis, Rep. Elijah Cummings, Rep. Louise Slaughter, Republic Rep. Walter B Jones Jr., Republican Senator John McCain, and the longest serving member of Congress Democratic Rep. John Dingell. It should be noted that none of the families of the Democrats along with Barbara Bush and Sen. John McCain invited President Trump to the funerals of their loved ones.

Former First Lady Barbara Bush was the matriarch of the Republican party, yet she hated President Trump. After his constant attacks on her son, former Florida Gov. Jeb Bush during the 2016 Republican Presidential Primary. She was noted to not have voted for President Trump and saw him as a man with no class or respect. However, when it came to her funeral four former Presidents were in attendance for the exception of Jimmy Carter who was oversees and First Lady Melania Trump. Similarly, the family Senator John McCain refused have President Trump in attendance and had former President's Obama give a eulogy at the ceremony. Sen. McCain notably was a vocal critic of the President voting against his him on numerous occasions and having similar feelings as Mrs. Bush.

On the other hand, the families of the Democratic politicians had both Republicans and Democrats speak at their funerals. Famously, President George W Bush gave a speech during the funeral ceremony of Rep. John Lewis. This act of unity and respect in my eyes would never be able to happen under the current President. The act of mutual respect across party lines is virtually impossible under this administration.

Many would say that this is the start of the respect and dignity the Office of the Presidency holds among the scale of this nation. That President Trump is not the man that could hold the power to put aside his party and ego, in order to properly show humbleness and humility when this country needs it the most. He puts out lousy messages of condolences just to appear friendly but he does not believe in them. This can be seen as how during the funeral of President George H.W Bush, the sitting President was either not aloud to give a speech or was not willing to. This means one of two things, that the honorable people who served this nation on both political sides see this President undignified and disrespectful, or he is just filled with so much pride and ego that he has become petty and full of himself. Either way, this does not give the Office of the Presidency a good image both internationally and withing this great nation.