People Who Judged Others For Underage Drinking But Now Do It

Sorry, But If You Ripped On People Who Drank In High School But Now Party Because You’re In College, You’re A Hypocrite

They say you should practice what you preach. 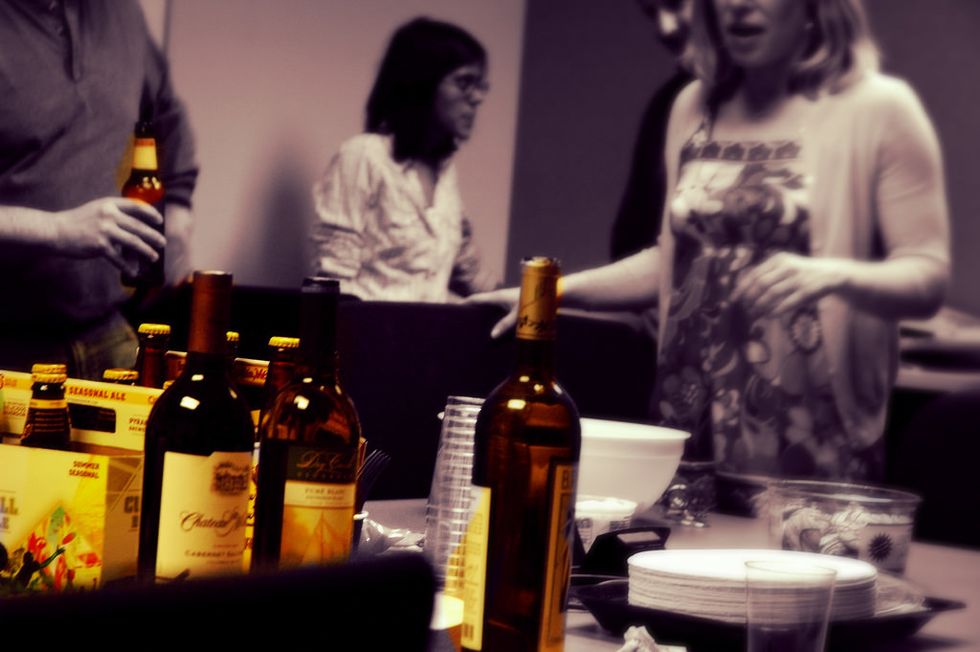 Let's get one thing straight before I begin, even though I don't drink alcohol myself, I don't have a problem with people who decide to drink. Life is about choices, and I respect everyone's decisions to make bad choices, including underage drinking. After all, it's not my life.

Personally, I don't really see the allure of underage drinking, especially in college. I would much rather focus on my studies — you know, the classes I'm paying thousands of dollars and going into debt for — and not murder my neurons with ethanol every weekend, but that's just me. I'm kind of a boring person like that.

But, if you're one of the people who drink alcohol before you're 21, more power to you. That's your choice, not mine. It's your life that's being impacted for better or worse. I'm a firm believer that you have the ability to live your life the way you want to.

That being said, I do have a problem with hypocrites. Frankly, I know far too many. There's absolutely no one worse than a person who does exactly what they judged others for.

When I was in high school I, and many of my classmates, would rip on the ones that went out drinking while they were underage. We would judge them and ridicule them because in our eyes, they were destroying their lives.

Now, I know. That probably makes me a judgmental asshole, and I'll own up to that. I will say, however, that I do practice what I preach. Even though I'm now in college, I never go out partying because I frankly have much better things to do with my life than waste away my brain cells.

But others apparently don't value they saying, “Practice what you preach" when it comes to underage drinking. I've heard far too many stories about people who condemned others in high school for underage drinking, but are now going out and doing it themselves once they get a taste of freedom in college.

Of course, it's their lives and I frankly could care less what other people decide to do with their lives, but I am honestly shocked at the hypocrisy. Why would you go out and do what you judged others for?

Frankly, these people who are suddenly okay with underage drinking just because they're in college are no better than the classmates they used to condemn. In fact, if anything, they're much worse — at least I personally consider a hypocrite a heck of a lot worse than someone under 21 who decides to consume alcohol.

I may have judged my high school classmates for underage drinking but at least I can rest easy knowing that I'm not a hypocrite about it. Other people I know really can't say the same thing.

One thing’s for certain though, don’t preach to anyone about something if you can’t follow through yourself. Nobody likes a hypocrite.