Power in Language: B*tches, Sluts and Divas, Oh My

Power in Language: B*tches, Sluts and Divas, Oh My

We have the ability to define our labels. 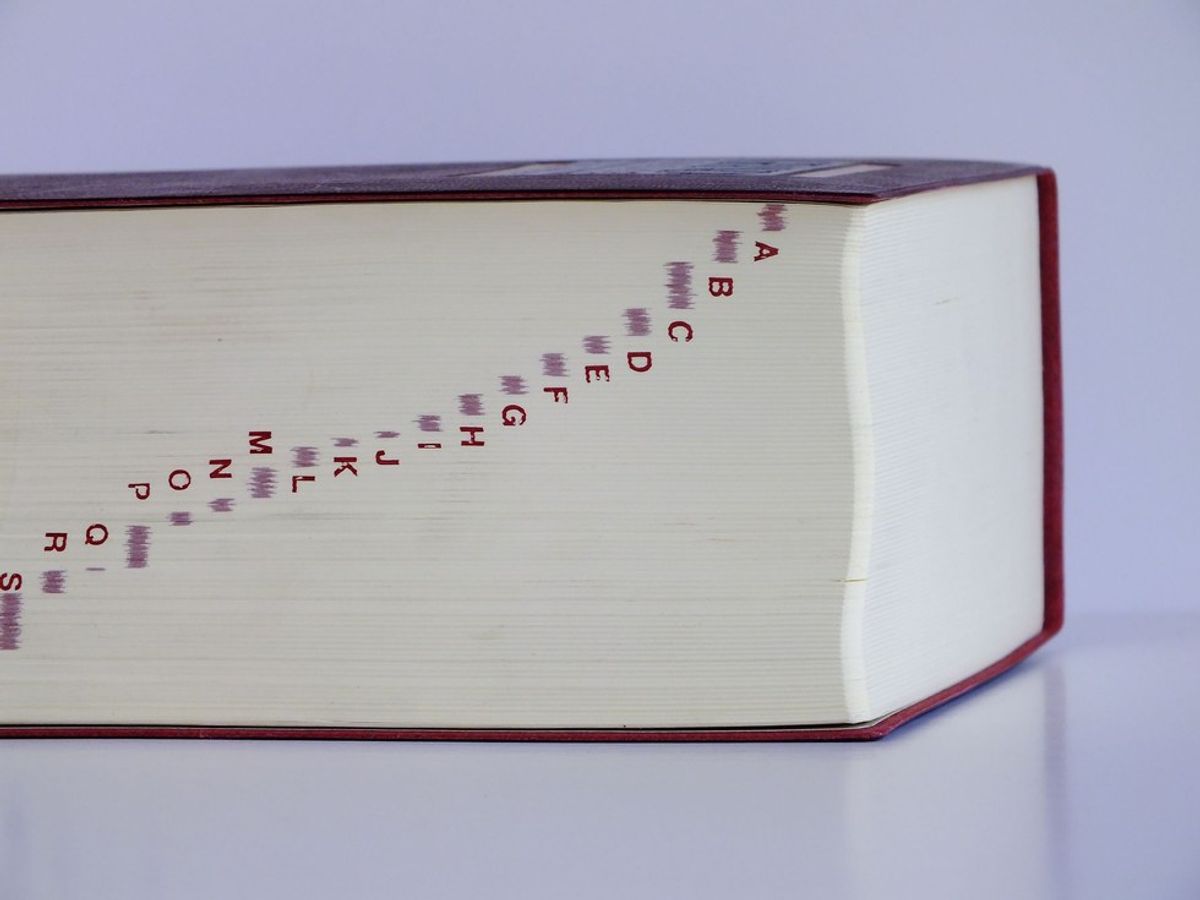 Generation Y has become completely desensitized to swear words. I'm not saying it's a bad thing. I could hardly lie to you and pretend that the F word doesn't spill out of my mouth whenever I'm remotely annoyed. However, there are a few words that have simply become overused, misunderstood, and misrepresented.

Words are incredibly powerful. I learned that ages ago from a pretty smart woman.

JK Rowling: “Words are, in my not-so-humble opinion, our most inexhaustible source of magic. Capable of both inflicting injury, and remedying it.”

Now if the expertise of a brilliant author doesn't convince you that my claim is an irrefutable truth, perhaps the following scenarios will help.

When I first met Olivia*, I immediately saw that she was intelligent, incredibly motivated, a little controlling, and unparalleled in her work ethic. I found out later that I was one of few to see those as her identifying characteristics. See most people just thought she was a bitch.

1. a female dog, wolf, fox, or otter.
2. a spiteful or unpleasant woman.
3. a person who is completely subservient to another: he will always be her bitch.

I looked it up. She's actually not a bitch. First, she's a human. Second, she's hilarious and quite pleasant. Third, she's incredibly independent, subservient to no one. In fact, if she were a man, they would have called her confident, strong and leader. Of course, her reputation was tarnished because someone forgot that women are allowed to be in charge.

Overheard in a department store: a girl trying on shoes was surrounded by boxes of discarded heels. "I don't like these ones either, can I try something different?" she asked politely of the salesman. Her boyfriend, under his breath, muttered impatiently, "ugh, you're such a diva."

By this definition, only Beyoncé is to be called a diva from here on out. We use the word diva nowadays to describe women who are temperamental, difficult to please, and haughty. How exactly did we take a word for a celebrated singer and turn it into an insult? Simple, somewhere along the line, the word was appropriated.

the action of taking something for one's own use, typically without the owner's permission

This happens all the time. Start browsing Urban Dictionary and compare some of the things you find to Merriam Webster's definition. We're not going to keep words from changing meaning. It's a linguistic phenomenon inevitable in the evolution of language, but what if we could guide the transformations with more positive adaptions?

I walked a ways ahead of my best friend on a crowded sidewalk. She called out "hey slut, come here a sec," so I trotted back to her, knowing that the address was a somewhat twisted term of endearment and far from an insult. But the look on another friend's face made me stop. I saw him question the situation, surprised that I had so readily responded to the derogatory name. While I knew that I had responded to her voice rather than the name, he didn't. One joke and bam! My new identifier was promiscuous girl.

a woman who has many casual sexual partners.

The word is used too often in the wrong context. It has become an easy way to degrade someone that doesn't live by your personal credo. A girl's dress is too tight. She's a slut. A girl smiles at your boyfriend. She's a slut.

Remember when you were younger and your mom told you, "if you can't say anything nice, don't say anything at all?" Now that you're older, don't just say nothing at all. Actively attempt to say something positive or kind. Slut shaming ends and feminism triumphs when we collectively agree to fight for one another. Words are powerful so decide now whether you're ready to use them to inflict damage or remedy it.