Are we Reliving History? 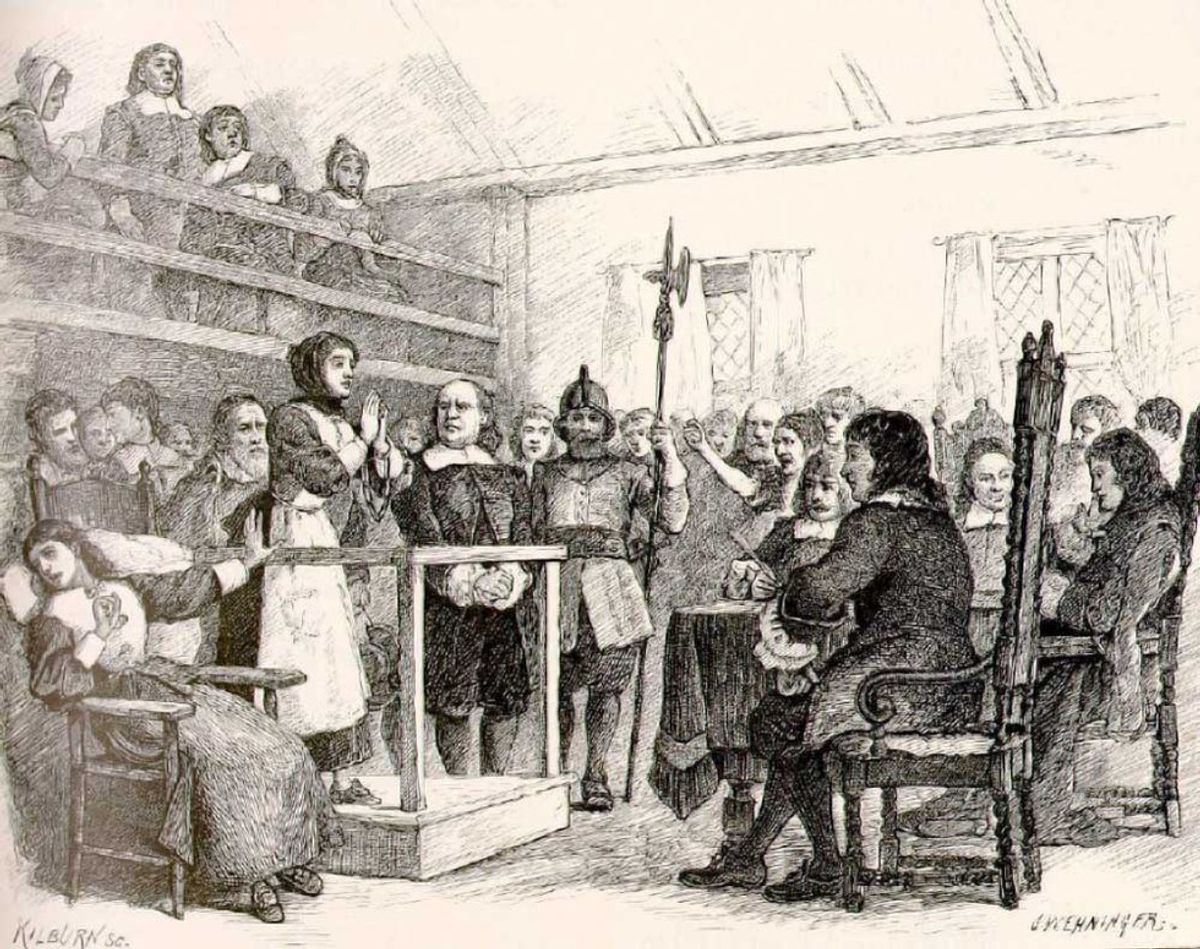 After countless hours of researching, watching documentaries, and gathering multiple comments and feedback from social media, I've come to the conclusion or analogy that we are somewhat reliving history.

Since this election started, accusations and distrust have plagued America and its citizens. it reminds me of when I learned about the Salem Witch Trials of 1693. Puritan citizens would accuse each other of witchcraft and consulting with the devil, or in America's case immoral views (witchcraft) and political advisors (demons/ "The Devil"). The Salem Witch Trials teared through colonial America and consumed the lives of almost 50 people; this did not include the lives taken during the 300 years of the witch trials in Europe.

Since the election race has begun, Americans have chosen sides and accused each other of immoral crimes of which I shall not disclose and disseminating the goals that each candidate has to improve the "land of the dream". It's like a tug-of-war. It's like we've traveled back to the time of suspicion and treason and dug ourselves a hole that we may never get out of.

I don't know why this election isn't like the rest. Maybe it's because I do not favor either candidate but as an Independent and an independent thinker I favor my moral beliefs and causes more and I stand by what I believe in without choosing a side. Maybe it's because I have more fear in this election than any other because I fear that either way the river runs we will lead our country towards destruction or another civil war. I do not know the future or what it entails. All I know is that we may be reliving a dark time in American history.

I starting watching documentaries about the Salem Witch Trials of 1693 about 2 years ago with the intention to learn more about colonial America for my new publication in-progress Past in the Present: Reliving America. The book will include various events throughout American history from the 17th to 19th centuries and how each colonial event is similar to events in modern (20th-21st century) America. It sets a tone of mystery and gives readers an understanding that the past is just as important as the future. This is because our past mistakes can lead to future rewards if we as a society follow the right path, or it could lead to destruction if we choose unwisely. And clearly from this election our past has started to haunt us.

As I was watching this documentary, I started listening to the tactics Puritans used to worm out the supposed witches and it sounded similar to the tactics the media uses to accuse a politician of immoral activities. I was shocked and somewhat appalled because it felt as if American society had morphed into witch-hunting demons. Our society who is searching for a prosperous, steadfast leader is being thrown rumors and opinionated statements which in turn is leading towards a societal split. It is leading towards hate and disgruntlement and prejudice judgement towards others who support the opposing candidate.

When Donald Trump was named president-elect of the United States, the reaction was enormous disgruntlement because nobody could celebrate and nobody could express their opinion. The Salem Witch Trials ended in the same fashion because once the hierarchy of Puritan society realized what had happened not one citizen could celebrate the paranoia ending. The reason for this was because so many innocent lives were taken and nobody took the time to stop accusing,verify the facts, and save those lives. Once the Salem Witch trials were over, citizens returned to their normal, stress-free lives and placed that dark period behind them. But, modern America has grown since then and freedom of speech allows citizens to express their thoughts enthusiastically and through various mediums. After the 2016 election, many Americans have expressed their opinions but suppressed the opinions of others. This prevented the supporters of the winner from celebrating their candidate's victory and allowed the losing opponent's supporters to protest the results. In short it seems that America might be dealing with colonial spirits in the near future.

If you would like to view the documentary that I watched and develop your own opinion feel free to do so. Also if you would like to read more of my writings and poetry check our my blog at the following web address: http://soccerxlspsu.blogspot.com/