Police Should Not Be In Pride Parades
Odyssey
CurrentlySwoonLifestyleHealth & WellnessStudent LifeContent InspirationEntertainmentPolitics and ActivismSportsAdulting
About usAdvertiseTermsPrivacyDMCAContact us
® 2023 ODYSSEY
Welcome back
Sign in to comment to your favorite stories, participate in your community and interact with your friends
or
LOG IN WITH FACEBOOK
No account? Create one
Start writing a post
Politics and Activism

Police Should Not Be In Pride Parades

Pride should not accept police brutality. 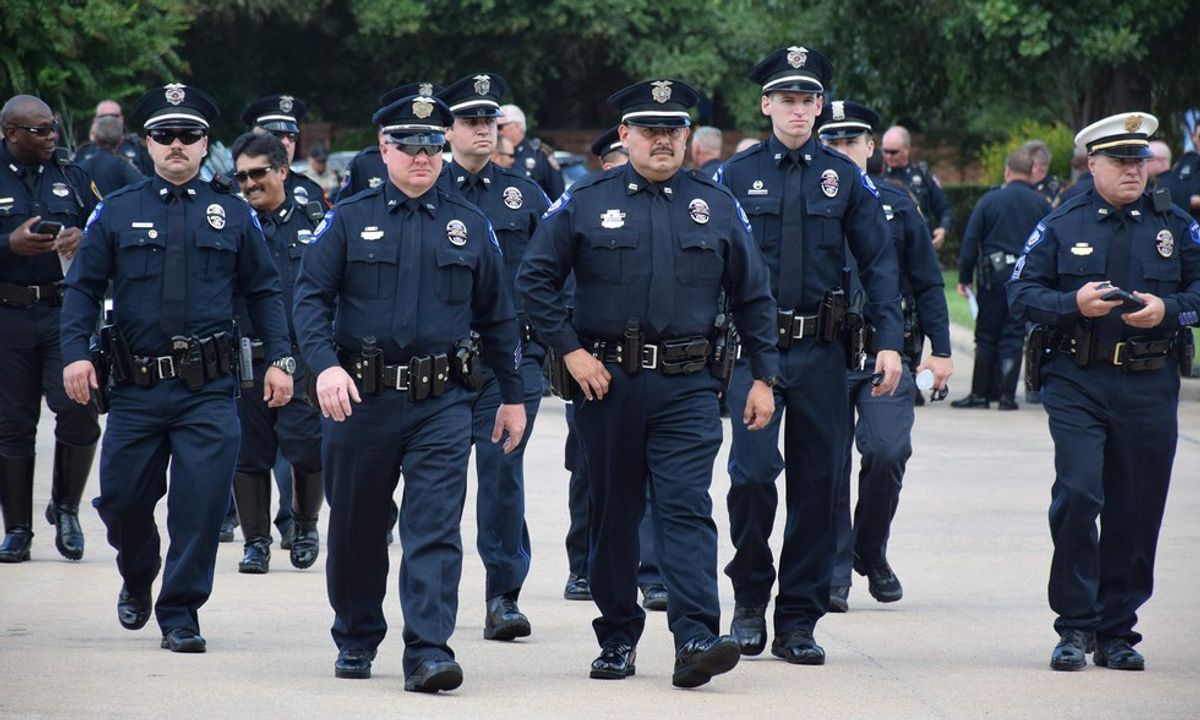 In 1969, the NYPD raided the Stonewall Inn. Raids on gay bars were not uncommon at the time, but what made the raid on Stonewall unique was that the patrons of the bar fought back. The resulting riot, led by trans people of color, challenged police oppression of the queer community and is widely credited as the event that sparked the modern queer liberation struggle.

Now, 47 years later, the story has changed. Instead of resisting the police, the mainstream LGBTQ movement embraces them. At New York’s annual Pride Parade, the NYPD was given the opportunity to march in uniform and was even cheered on by a crowd of mostly white queer people. And New York is not alone. All across the U.S. and Canada, police departments are given the opportunity to march in uniform, in Pride parades.

Several organizations advocating for queer people of color have protested this arrangement. Most recently, the Toronto chapter of Black Lives Matter managed to interrupt Toronto’s Pride parade. They demanded that police floats be removed from Pride. Pride organizers initially agreed to their terms, but then backed down.

Not all cops are bad, but the police as an institution are extremely oppressive. This has been the case since the creation of police as we know them today. Before the mid-19th century, communities generally organized their own police forces. This changed when the rising upper class needed a way to keep "social order" so that the capitalist system would be maintained. Thus, a centralized, bureaucratic police force was founded. This new police force was primarily used to crush strikes and other labor-related uprisings.

Police oppression has also always specifically targeted people of color -- black people especially. In the South, the first modern police force was the "slave patrol." The slave patrols had three primary responsibilities: to catch escaped slaves, to terrorize slaves to deter slave revolts and to punish any slave who did escape. As the 19th century went on, the slave patrols did not go away, even after the Civil War. In fact, many slave patrols went on to form the organizational structure of most Southern police forces.

And, of course, police oppression of black bodies continues to this day. We constantly see people like Michael Brown, Tamir Rice, Freddie Gray, Sandra Bland, Laquan McDonald, Alton Sterling, Philando Castile and so many others who are murdered for the simple crime of being black in the U.S. Last year, a study by the Washington Post found that even though black men only make up 6 percent of the population, they account for 40 percent of the unarmed victims of police shootings. The Toronto P.D. specifically has a long and disturbing history of racism.

Thus, allowing police to march in Pride as they continue to brutalize queer people of color is in extremely bad taste. When we decide to allow police at Pride, we are accepting and even endorsing police oppression.

Some people have argued that stopping police from marching would be analogous to discrimination. This is problematic for two reasons. First, the police are not an oppressed group. Second, if a queer officer wants to got to Pride, I am not saying they shouldn't be able to. I'm just saying they should leave their uniform and badge at home.

I have also heard the argument that excluding police from Pride would cause a wedge between police and queer people, which would make police brutality worse. But there seems to be no evidence to support this claim. Police have been marching in Pride for several years and yet, continue to oppress queer people of color. The only thing allowing police to march in Pride does is it allows police departments to maintain the illusion of how progressive they are.

Finally, I've heard the argument that not all cops are bad so we shouldn't vilify them. But I think this argument misses the point. Sure, individual cops can be well intentioned and may truly want to help people. But, as an institution, police are extremely oppressive because that is simply what they were designed to be. You don't need to say that every individual cop is a monster to say that the institution of police is oppressive. And again, individual cops can come and show their support at Pride, they should just leave their uniform at home.

By accepting police at Pride, we tacitly reinforce police oppression. We further alienate queer people of color and ensure that queer liberation only works for white queers. If we really want an inclusive movement that works for all queer people, police simply need to go.