12 Places You Should Visit When You Go To Greece
Odyssey

12 Places You Should Visit When You Go To Greece

An earthly paradise located in the Mediterranean. 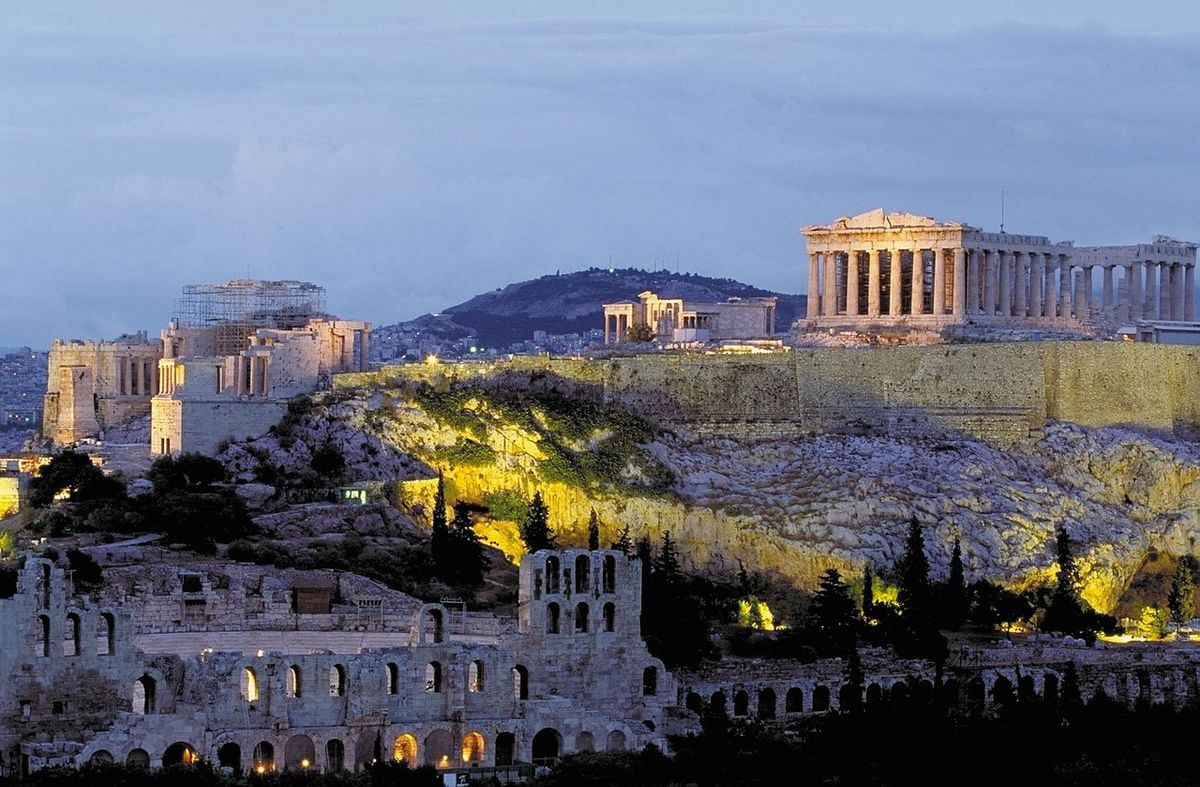 Located in southeastern Europe, Greece is a charming country on the Mediterranean. With lots of history and a unique culture, it is unquestionably an ideal destination for anyone regardless of age and interests. Clear blue waters, picturesque sunsets, dazzling architecture, and a delicious cuisine, Greece has it all and it’s guaranteed to please even the most demanding visitor!

Every inch of Greece is worth exploring, but these are the 12 must-visit destinations that tourists seem to love the most:

The capital of Greece; the historical city where Democracy was born, and the mother of Socrates, Plato, Aristotle, and many other remarkable intellectuals. With a population of 3.8 million people, Athens is a vibrant city with certainly a lot to explore.

The Acropolis is the greatest and finest sanctuary of ancient Athens and the most beloved tourist attraction. Beneath it, we find the Ancient Agora, which was a commercial, political and religious center, and within a walking distance from there, we encounter the Plaka Neighborhood, a “crossroad” of many different eras!

Corfu, or as Greeks call it “Kerkyra”, is one of the most cosmopolitan Mediterranean destinations. Like the rest of the Ionian islands, but unlike the Aegean islands, Corfu has been highly influenced by the Venetians, the French and the British. The first Greek University, the first Philharmonic Orchestra and the First School of Fine Arts were all founded here, making it a classy, sophisticated destination especially for the lovers of fine arts.

Because of the seismic activity in the area, the island’s landscape diversity allows for sandy beaches in isolated coves where the waters are deep, like the famous Navagio Beach, but also rugged cliffs with a fascinating underwater world. If you enjoy scuba diving, this is your place to go!

Arachova is a small, traditional town, built on a slope of the Mountain Parnassos. The town is a popular destination for those seeking winter sports and relaxation. Many tourists visit the ski resort in Mountain Parnassos every year, and so do Greeks. Greece has a Mediterranean climate, and because its winters are mild to cold (meaning that it rarely snows), Greek people don’t want to miss out on the opportunity to experience what a true winter feels like, and so they visit Arachova!

It is also worth noting that the Archaeological Site of Delphi is located only 12 kilometers (7.5 miles) from Arachova. Delphi was a religious center in the ancient Greek world, and as mythology has it, it was where the oracle of Apollo (Pythia) spoke.

Fun fact: The Sisterhood of the Travelling Pants, as well as parts of Mama Mia, were both filmed in Santorini. Santorini (or Thira) is an island on the Aegean and it is the remnant of a volcanic caldera. Each year, many couples from all over the world visit the island and choose to have their wedding and honeymoon in this earthly paradise, characterized by multi-colored cliffs and picture-perfect sunsets.

Mykonos is the party island. It is extremely popular among millennials thanks to its summer party atmosphere. Many famous DJs play thumping music at clubs by the beach, and Hollywood celebrities seem to enjoy it too since many of them visit the island every summer.

Nafplio is a seaport town in the Peloponnese and it was the first capital of the newly born Greek state between 1823 and 1834. The town’s neoclassical architecture is mesmerizing, no wonder why it’s one of the most romantic towns of the country!

The Palamidi Castle is 216 meters (708.7 feet) tall and it has 999 steps to reach the top of it (no worries, driving up there is also an option). The view from up top is breathtaking! The famous hero of the Greek Revolution, Theodoros Kolokotronis, had been imprisoned there for 6 months in 1833 because he was falsely accused of treason against the adolescent at the time King Othona.

The Meteora is a rock formation where complexes of Greek Orthodox monasteries were built in the Byzantine times. The huge rocks in the middle of the valley are a miracle of nature. Peaceful, quiet, and what a spectacular view! The most stress-free destination there is!

Rhodes, a well preserved medieval city located at the Dodecanese, perfectly combines beaches, bars, and ancient sites. Whether you wish to explore the historical sites, experience the vibrant nightlife, or simply relax, Rhodes has you covered! Bright green hills, rich green valleys and an uninterrupted line of golden beaches… how can one not enjoy his stay here!

As you can probably tell by the white and blue theme of the island, Paros is located in the Aegean and it is among the most popular islands of Greece. Fresh seafood at the local Tavernas, cold ouzo, gold sand, clear waters… That’s what summers are for in Greece and Paros is the best destination to experience that!

Thessaloniki is the second largest city of Greece with over 1 million inhabitants. It is a city with which you will fall in love at first sight! Thessaloniki’s most famous sight, the White Tower, is located on one of the busiest streets of the city.

By night, the city reverberates with music and nightlife, and during the day you will find people walking down Aristotelus Square and Nikis Boulevard which is right by the edge of the sea. Make sure to try the local Bougatsa, a Greek breakfast pastry made out of semolina custard, wrapped in filo dough!

Crete is the largest island of Greece. Crete is divided into four districts: Heraclion, Chania, Rethymno, and Lassithi. Elafonissi beach in Chania, Vai beach in Lassithi, Preveli beach in Rethymno, and Matala beach in Heraklion are the most favorite destinations of many tourists, due to the crystal-clear waters!