Something By Isabel Garcia
Odyssey

There's no better descriptor than the word "something." 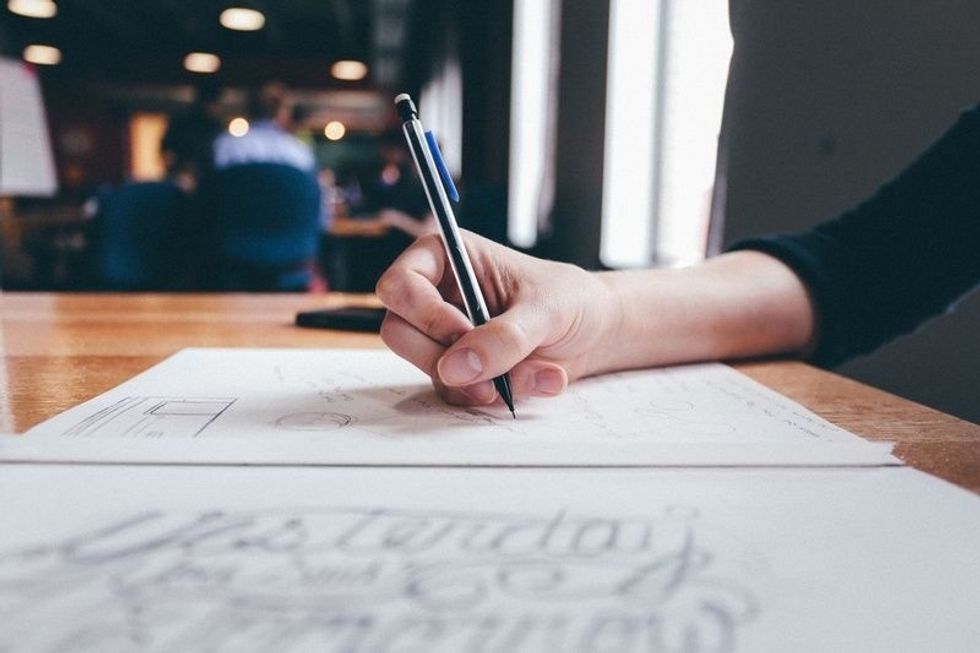 Sometimes I don't know what I'm doing. Not the faintest idea at all. I think writing is like sometimes. Or all the time really.

This is the first time I've actually sat down and written something, like an actual something, in a long time.

I remember when I was younger, I'd rush home after school and scurry upstairs to get my hands on the computer (an old desktop by the way, imagine that). I'd write for a good hour or two. I loved the way the keyboard felt on my fingertips. There's something incredibly soothing about typing. I always thought so. The sound of fingernails clicking across my grandma's wood floor downstairs. Nothing beats it. Except maybe high heels on that floor, but that's different.

I used to be obsessed with getting the perfect words, the perfect phrase to capture this insane vision in my head. The ultimate romantic declaration of love between the two characters I had been envisioning in my head for days. The perfect scene that encapsulates the novel and fills everyone with a sense of perfect poignancy I've experienced from so many books throughout my life.

I haven't written in years.

I mean I've written essays and these campy little articles and scholarships and letters. But I haven't written that something like I described earlier in a long time. I didn't even have a vision when I started writing this. What a concept.

I was on the verge of tears because I've been going through the roughest patch of my life since the first time in sixth grade, but I suddenly had the urge to write. Intrusive thoughts invaded my head prompting me to revisit characters and story lines I've held onto through the years. Maybe chug out a little scene for them. But I'm not. Or maybe I am?

I miss those guys. Those funny, fleshed out, intriguing little guys. I have their whole stories planned out in my head. I can still imagine the front covers of their stories I want to publish someday. That's when I was younger. But it's still me.

Oh yeah, I had a poignant point I wanted to make earlier about the whole rough patch in life thing. I was contemplating this horrid decision I have to make and for some reason the familiar fantasy about me being an award-winning author rushed back to my head. I hadn't thought about that one in a while.

Then I got in bed as one does, and the feeling came over. The feeling to write. The feeling that all writers get when the life of words courses through them. I think Maya Angelou once said it's a very painful thing to have a story that begs to be told inside of you. It's that feeling.

I don't like that I said, "life of words." That's cheesy.

See it's that manufactured pressure I don't like that's kept me from writing. Well and the lack of this feeling. The lack of this feeling is what I'd call "writer's block." And every great author, English teacher, and WikiHow advice article will tell you that you shouldn't rely on "the feeling" and get writing. But when that feeling comes the magic happens. Writing is a process.

Oh yeah, the poignant thing I was trying to say. When I got that feeling, I was reminded of the ocean. How it calms you whenever you go to the beach and see it. Well if you're me it does. Writing is another way I go to the ocean.

I've been dealing with a lot and it's hard to remember who I am and what's real and what's not, but I know this is. I don't want to stop writing this even though the close feels natural. Writing is like coming home.

I feel like my most authentic self when I write. And writing essays is great and challenging and it teaches me a lot but its not my something. Writing like this with that feeling that's my something. And maybe one day I'll harness that, and I won't need the feeling to write and I can become the next J.K. Rowling in this dying age of print and literacy, but I haven't yet.

So, when I get this feeling, I say thank you. Because I know that "me" is still in there. That true, authentic beautiful feeling I've been so disconnected with. It's still there.

writing
Report this Content
This article has not been reviewed by Odyssey HQ and solely reflects the ideas and opinions of the creator.