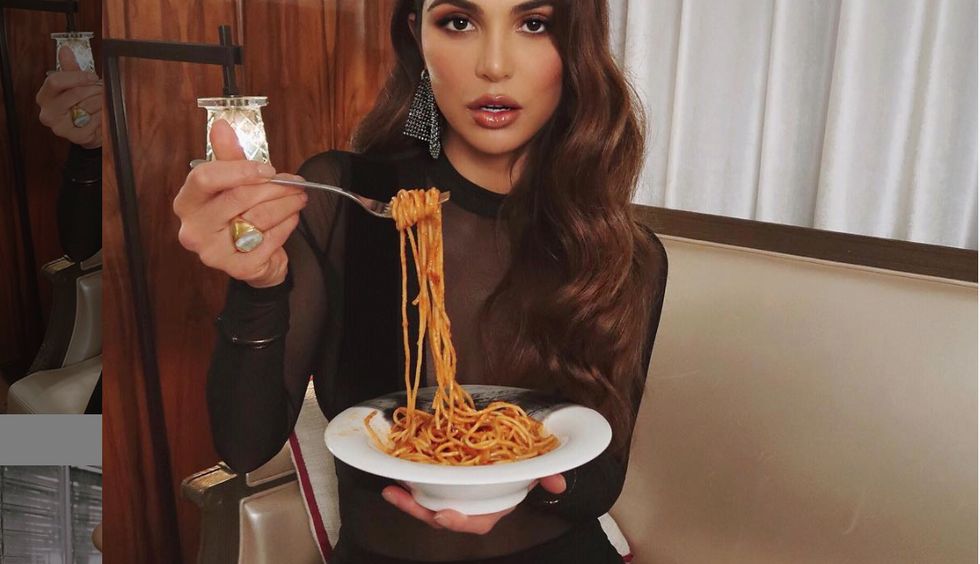 My personal preference was to take the lowest dosage possible, so under the supervision of my OB/GYN, I really only take it about one to two times a week. Other than that, my symptoms have been largely managed by my diet and I notice a significant difference in my mood, energy levels, and skin when I don't follow each of my self-imposed rules.

Throughout my journey, I came across Dr. Felice Gersh, author of "PCOS SOS: A Gynecologists's Lifeline To Naturally Restore Your Rhythm's Hormones, And Happiness" who, with her emphasis on holistic living, validated a lot of the dietary decisions I had been making for the past several years.

She also added several dos and don'ts to my routine, all of which are below. By adopting all of these changes into my life, I noticed a difference in my body in about a week. On the flip side, when I fall off the wagon (which, invariably happens more than I like to admit), I'll notice a difference in my energy levels and skin almost within hours.

With the incentives of clear skin and high energy, this is the way I know I need to eat when I want to keep my PCOS symptoms at bay.

The crux of most PCOS symptoms is that women with it tend to have increased insulin levels. Dairy increases insulin levels, and when I cut it out I noticed an almost immediate difference in my skin. This was difficult in the beginning — especially when it came to late nights out with friends that invariably ended at the local pizzeria.

But, I've been dairy-free for almost five years now and I can honestly say I no longer crave it. Dr. Gersh actually says cutting out dairy is her number one rule, and to absolutely avoid it at all costs — especially if clear skin is your goal.

While I haven't cut out gluten, I avoid it for the most part.

I thought the whole gluten-free thing was a total fad, and honestly, it might still be. But, with many of the women in my family having a gluten intolerance, I ended up being accidentally gluten-free for several weeks while visiting home. I noticed my skin was clearer than it had been in years.

Since that was the only real change I had made in my routine, I tried eating it one day to find I had a new breakout on my face the very next day. Ever since I discovered this, I eat gluten at my own risk because I know for a fact that when I do, I will end up with a small breakout along my jawline.

Gluten has been known to cause inflammation, something people with PCOS are already extremely susceptible to, so gluten can really trigger that inflammatory response — especially on the face.

I limit the amount of alcohol I drink.

Alcohol increases our heart rate, which is why so many of us can sometimes feel we don't sleep particularly well after drinking — for me that's especially the case after drinking wine. Even after just a glass or two, someone with PCOS may feel the lasting effects of low energy the next day or two afterward due to their increased insulin levels.

According to Gersh, when we're asleep, our body lowers its inflammation levels. If you're drinking, it will have a far more difficult time doing so. This causes a higher chance of another breakout, but I also know my energy levels are low for days after I have a couple of glasses of wine.

I take an ashwagandha supplement.

It's a known fact that women with PCOS are extremely susceptible to stress — up to 50% of women with it report feeling depressed. Though I've been lucky enough not to feel anything to that extent, after starting to take ashwagandha, I've noticed higher energy levels.

Gersh attests this to the fact that ashwagandha supplements are great for lowering stress. I take a pill before bed, though I know people who enjoy the taste and like to mix it in some calming tea before bed.

After dairy, Gersh labels sugar as the number two worst thing someone with PCOS can put in their bodies.

I recognize this is a hard pill for some people to swallow, so I recognize my being lucky for not having much of a sweet tooth. For me, cutting out sugar was pretty easy. For the times I do decide to indulge in some dessert, I notice I don't sleep as well at night and that I'll experience super low energy levels the next day.

For the few times I do crave sugar, I go for this chocolate chip cookie recipe I actually make without the sugar it has in its recipe — it still tastes good to me because of the small amount of sweetness from the chocolate chips.

I take a prenatal vitamin.

It might sound strange to be wanting to take a prenatal vitamin if you're not actively trying to get pregnant, but I've been taking a prenatal for several years without a desire to get pregnant simply for the easy way it packs in all the necessary vitamins for reproductive and hormonal health in one pill.

"For women with PCOS, it's essential to take zinc as well as Vitamins A, C, and D. A prenatal vitamin rounds it all out," says Gersh. Starting to take a prenatal vitamin had the biggest effect on my energy levels.

I noticed within a couple of weeks that I had more energy throughout the day when I took it, and for the few times I've run out before having a backup bottle of them, I notice a serious dip in energy.

I have a big breakfast or brunch.

This was the biggest, most recent, and most effective adjustment in my life. "It's essential to eat a large breakfast and stop snacking during the day and finish all food consumption by 7 p.m. each night," says Gersh.

As a snack fiend, this was the hardest one for me. But, I tried it for just a week and I can say with absolute certainty I haven't had so much energy since I was in my early teen years. I wasn't jumping around my apartment and dancing out of bed, but my thoughts felt clearer and I felt more at peace rather than the fatigued/tired feeling that had blanketed much of my late teens and early twenties.

This one is difficult for me to really sustain, but the incentive is so high, I am a lot more mindful of when I stop eating and consuming smaller amounts of food later in the day.