3 Parables I Took Away From This Weekend
Odyssey

3 Parables I Took Away From This Weekend 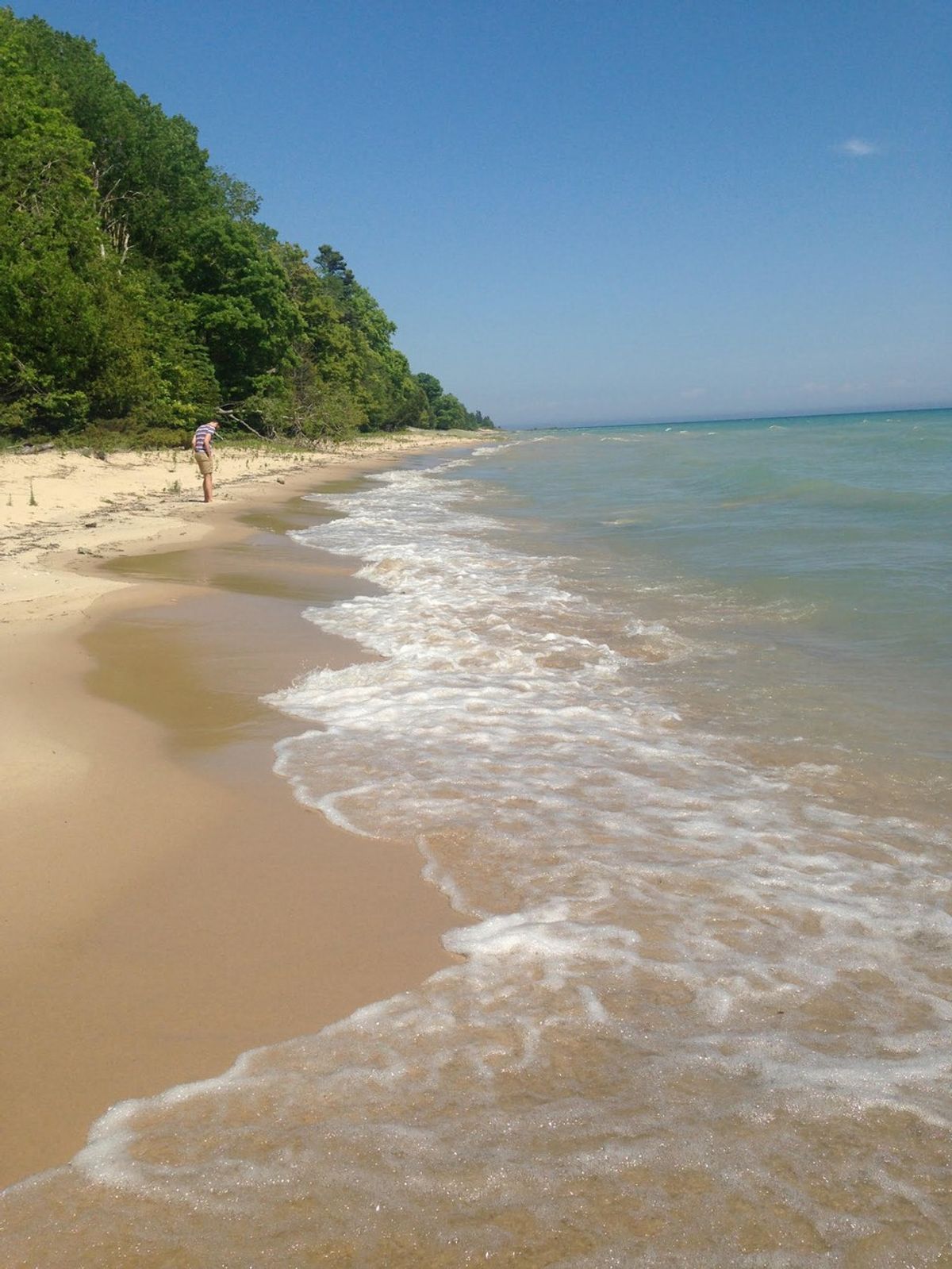 My weekend was spent without wifi or much cell reception on an idyllic, bucolic piece of Michigan known as Beaver Island. To describe it would not do it justice. It is preserved in a state of solitude without the melancholy of loneliness; it is quaint without seeming cutesy-- the cosmic blend of Port William, KY and Nantucket, MA. It is in the world but not of it in many ways. The slow regard for a loon on a lake brings as much joy as a raucous night drinking with fifty people and swinging to rockabilly in the local bar, the Shamrock. In other words, "Heaven on Earth."

The island seemed marinated in some sort of saccharine Mayberry cocktail. EVERY SINGLE driver that passed you on the road waved as you met each other's glance. "Is this is a cult?" was a not uncommon joke amongst the mainlanders on the trip. I'm certainly not entirely convinced it isn't. But every person I spoke with was genuinely happy to speak with us. Or as one Islander put it, "I really just want to be present with people."

The words "genuine" and "present" are often thrown around in certain religious circles to mean showing that you are a broken person, too, but for the grace of God, and being a good active listener. Just as the old parable goes: The Kingdom of Heaven is like two sisters in Christ, meeting every Thursday at 2 for coffee and conversations of the struggle, while wearing perfect wing-tipped eyeliner and Sweet Pea body spray, trying to make ourselves look authentic without seeming too broken, breaking away from coffee with a hug, and slinking away into our inner demons, only to start the cycle again next week.

This is the kingdom of heaven: Some days, in the early days of my last job, I was left alone for hours at a time, hoping I was able to help people while sitting at the front desk. I grew accustomed to long periods of my own thoughts and archived This American Life episodes. This became my weekly routine. If you are unfamiliar with This American Life, then you probably grew up with parents that believed that NPR was way too liberal. The weekly show tells three-five act stories based around a theme. My favorite episode, "Except for that One Thing..." has stories ranging from a man whose entire life was a lie to a short story by BJ Novak about the best worst first date ever. But if anything, the show is, in short, an exercise in empathy. The kingdom of Heaven is made up of these stories that extend to tell the breadth of our human experience in technicolor calligraphic portraits of humor and bitterness-- all in the span of one hour.

This is the Kingdom of Heaven: Watching the Tonys as per my annual tradition, watching kicklines and in-jokes galore. Literally squeeling over a pregnant Audra MacDonald doing high kicks without breaking a sweat.

Find out that I have wasted 23 years of my life while these tots shredded. Listening to heartfelt speeches, watching humans of every shape, size, color, creed and age (looking at you #oscarssowhite) win awards. All of this being done in honor of fifty lost lives. Every speech laced with the gravity of tragedy. Every triumph a little bittersweet. Every life unforgotten in the Razzle Dazzle and spectacle as all but a few nominees wore little ribbons to honor the fallen. And the biggest winner of the night, a Pulitzer-prize winning author who had the president of the United States introduce his show, took time away from his moment of glory to speak for those who had been silenced-- tears falling from his eyes and mine.

This is the kingdom of heaven: on a small island in northern Lake Michigan-- Heaven on Earth-- 'round midnight, as the walking bass of a nearby juke box rocks the floor, I am telling a perfect stranger why I started to write in the first place. How I loved stories always, but one day I needed stories to love me back. How I chose to foster and cultivate them, and how a year ago, I got a shiny piece of paper that says I'm now an expert at that In return, the stranger gave me his incredible story, weaving it in and out of a time and linear thoughts of the frenetic pace of a galloping Mustang (the car not the horse). Stories from that morning and stories over 16 years old. Stories of when he won. Stories of great loss. Stories that seemed to rip his guts in twain and spill out all of him onto the floor in front of me. When he stopped finally to take a breath, he said "I really just want to be present with people."

And so, without thought or hesitation or reservation, he was.