A review of the romantic comedy “After the Ball.” 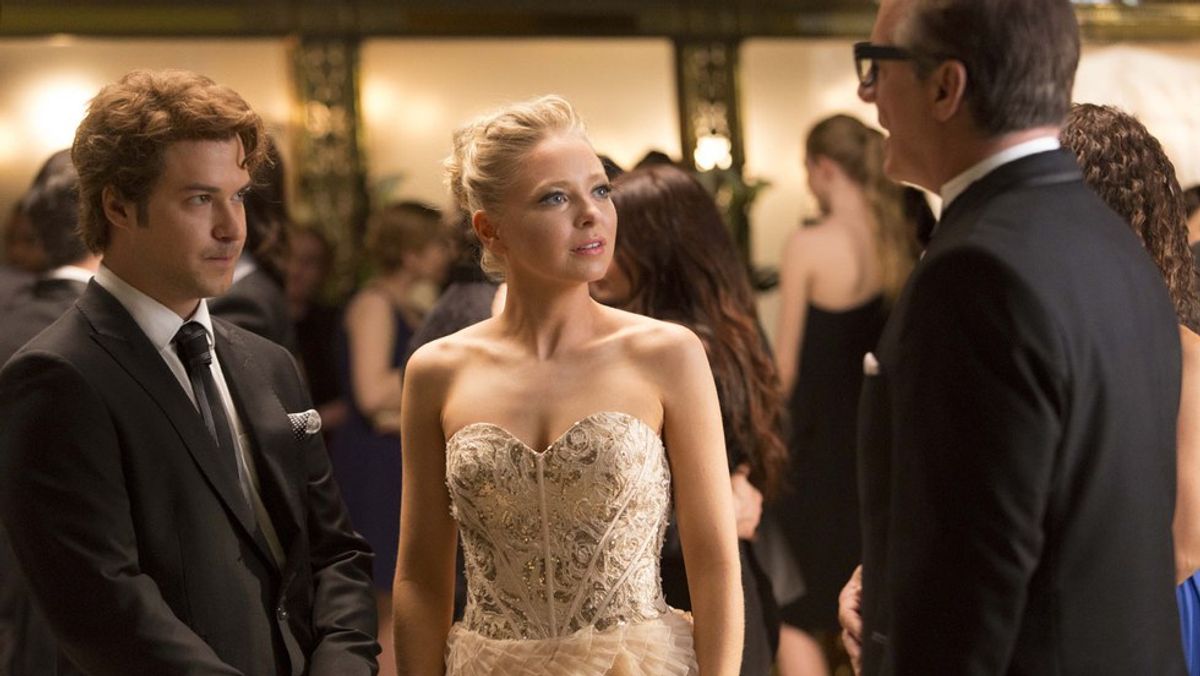 It seems movie ideas are running short. When looking at what’s playing at your local movie theatre it’s clear that new, original ideas aren’t in the mix. By simply Googling, you can see there are sequels to successful movies, like “My Big Fat Greek Wedding 2” and even franchise movies that are living off loyal fan bases. I'm talking about you “Batman v. Superman: Dawn of Justice,” which ended up being a flop for some people.

There are people who argue that originality doesn’t exist anymore because we’re all influenced by the past and other people. Recently, I went on Netflix to cure my boredom by immediately surfing my favorite section – romantic comedies. You can never go wrong with those. I stumbled upon a movie called “After the Ball,” and I decided to give it a chance. Although the movie was obviously inspired by past works, it was different and funny.

“After the Ball” is a Canadian film that plays around with the childhood princess fairytale of "Cinderella." The main character, Kate Kassell, has just graduated from FIT and goes to work at her father’s company in Canada. There, Kate has to deal with her stepmother and two stepsisters who help run and work the clothing company, Kassell. It was first started by Kate’s father and mother. Of course, following the princess fairytale, Kate’s mother has passed and there’s no one on her side when the stepmother and stepsisters come up with an effective plan to get her fired, except her godparents, Bella and Richard.

Her godparents own a vintage shop called After the Ball, which works with the concept of Cinderella’s midnight ball. With the help of her godparents, Kate transforms into her male alter ego, Nate. He's an amazing fashion designer with a lengthy, fake resume. Through this alter ego, Kate is able to come back into the company in disguise and this time she isn’t afraid to speak her mind in a low, husky voice.

This part of the movie stands out the most because it defers away from the "Cinderella" fairytale and branches out to include another great movie, “She’s the Man.” The 2006 romantic comedy starring Amanda Bynes and Channing Tatum is almost mirrored in “After the Ball.” Amanda Bynes’ character, Victoria, dresses up as her twin brother to enter his all-male private school to play on their boys’ soccer team, to prove that girls are just as athletic as their counterparts. The only difference in “After the Ball” is Nate, a.k.a. Kate in disguise, is gay and isn’t shy about it. He openly calls the evil twins “sugar-tits” and warns them to watch themselves because their cattiness would just be a waste of everyone's time. It has even been said that the tense fashion setting alludes to "The Devil Wears Prada," and I definitely agree.

“After the Ball” is a great example of how an original idea can form. An idea doesn’t necessarily need to be completely new but it does need to find a way to set itself apart. Although it might not be to everyone’s taste, it certainly has become one of my favorites because of how intricate and layered it is. Not to mention, the romance is always the best part. It adds to the comedic element when Kate, still dressed up as Nate, is kissed by the handsome, straight shoemaker and an actual gay man, fawning over the straight shoemaker, walks in on it. The gay man can’t believe his eyes and immediately starts complaining.

The Netflix movie was worthy of four stars and I highly recommend it for a good laugh. “After the Ball” does stay on top of the fairytale concept with the occurrence of a ball and the shoe left behind. I would prefer watching a different take on a fairytale than to watch remakes of already-great movies. We don’t need prequels or sequels if it’s not necessary. Lately, it seems that money is the driving force for directors and producers, instead of what people would actually want to see.