My Opinion on Social Media's Impact on the 2016 Election
Odyssey
CurrentlySwoonLifestyleHealth & WellnessStudent LifeContent InspirationEntertainmentPolitics and ActivismSportsAdulting
About usAdvertiseTermsPrivacyDMCAContact us
® 2023 ODYSSEY
Welcome back
Sign in to comment to your favorite stories, participate in your community and interact with your friends
or
LOG IN WITH FACEBOOK
No account? Create one
Start writing a post
Politics

My Opinion on Social Media's Impact on the 2016 Election

Why this presidential election is messy, intense, and unlike any before. 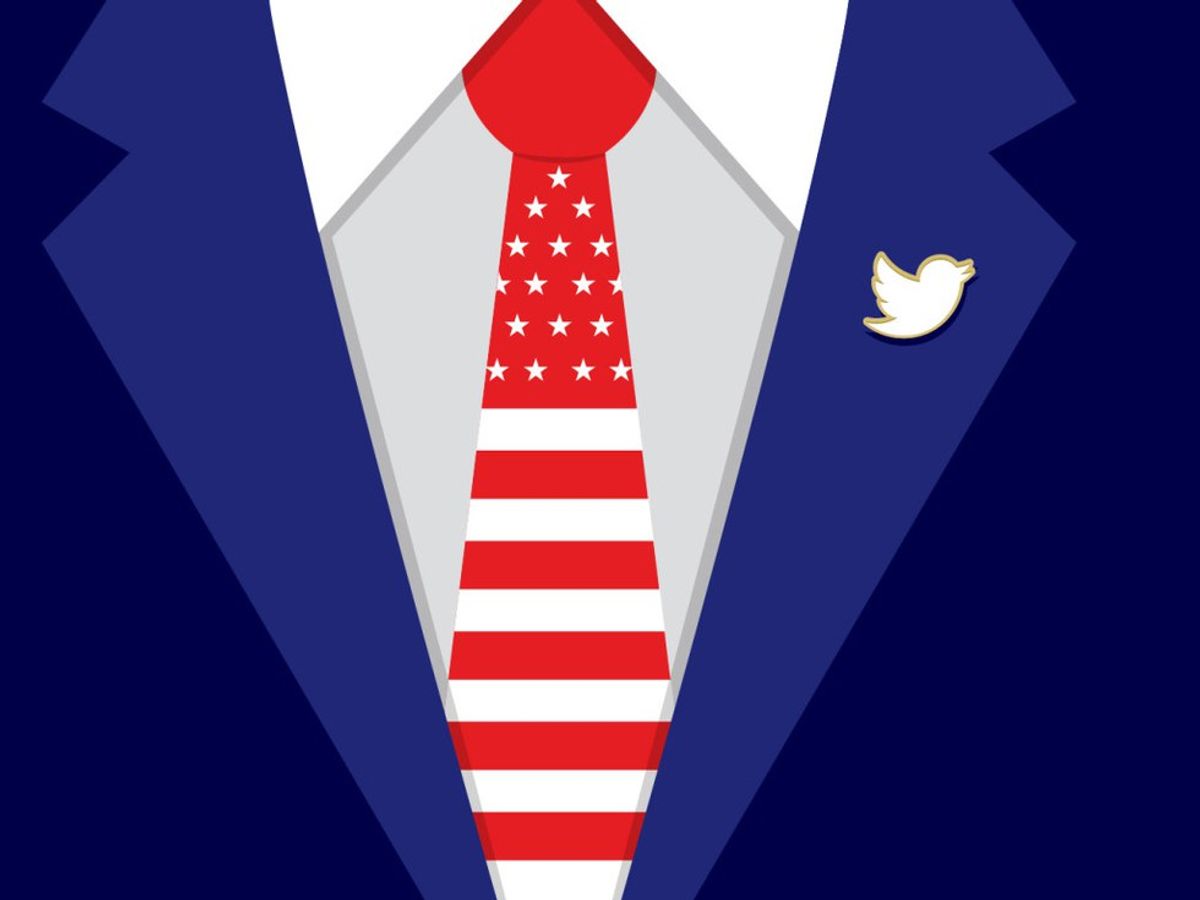 Recently, all over social media, Donald Trump has been claiming the current election is rigged. In my personal opinion, the statements he says regarding the alleged rigged election are simply attempts he makes to shift the focus; these claims are excuses for his recent decrease in statistical popularity. These claims really remind me of a literal five year old when they don’t get their way or don’t win a game--they always need someone to blame or something to justify the reasoning behind their loss. When Donald Trump uses the term “rigged”, I can understand to an extend why he feels this way; it’s undeniable that his presence in the media is quite negative. However, what I can’t understand is that on why that’s so surprising. It doesn’t take a political science major to understand typical voting tendencies. When you put two and two together, it’s pretty obvious that Trump would not be a popular opinion on social media, where young people (which statistically are more common to vote democratic) usually frequent. Plus, with some of the things Trump says, it’s kind of hard for those blasphemous statements to not be used against him on social platforms. Another thing I find pretty comical, is that on his twitter, Trump directly posts negative comments about Hillary. If he is pulling the card where he claims that social media has caused the election to be rigged due to negative press, more often than not he is the one who puts himself in those awkward situations, whether it is due to quotes from him or even screenshots of what he has said regarding his opponent. In addition, I would say Hillary is the one who has to deal with the backlash of his social media ridicule. In this way, he is the pot calling the kettle black-- he is acting as a hypocrite. Another important aspect of why this election has thus far been totally different from those in the past is the usage of social media. I believe the media plays a huge role in portraying the candidates. On many different platforms like twitter, tumblr, on news websites/apps, during debates there are always topics about the debates trending. The nationwide community can interact with each other and share ideas. This causes a major impact in the portrayal of candidates. This election especially, Trump and Clinton have both been incredibly debated topics covered on all forms of social media. There is always something to say about these two candidates, and the media never takes a break from talking about the two, both in a positive and negative way. Yet, in this way I believe the media has not been fair to both Donald Trump and Hillary Clinton. Social media has evolved into a place where everyday people input their opinions online. It’s quite frequent that many people say things online that aren’t even close to true. In addition, there has been a lot of negative discussions on the internet; public opinion has been impacted by these statements posted onto online platforms. The evolution of media has really changed the election, especially when you compare it to years past. For Donald Trump, his twitter has brought a lot of attention to him. Although I at least would expect attention to be good in the political election, but the attention Trump receives is very detrimental to his campaign. The bulk of the attention he receives from media is negative, and as I said before, he gets a lot of media coverage. For Hillary, I feel like personally, I have not been seeing her get that much coverage on social media. This is negative too, and it is not fair that Trump gets a whole lot of media observation while Hillary barely does. All in all, I don’t think social media has been fair in its media coverage of the two candidates.