Why New England Is Excited About This Football Season
Odyssey

Why New England Is Excited About This Football Season

We're ready to see you kick some ass. 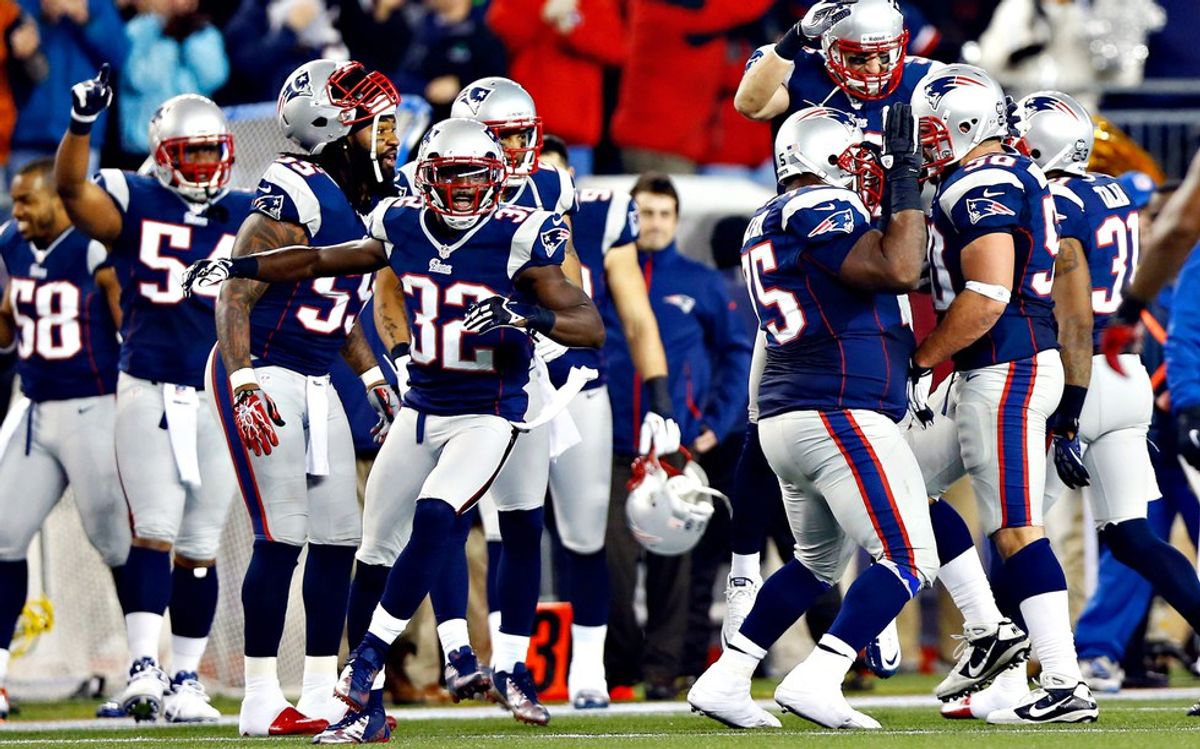 I am pretty sure even people who aren't fans of The New England Patriots are excited about this game. This suspension of Tom Brady was overboard and ridiculous (especially with the lack of evidence). The game Tom Brady comes back is the game everyone will be watching.

Jimmy Garoppolo's time as a quarterback.

After watching Jimmy Garoppolo play as a quarterback for The New England Patriots during pre-season, every fan should be excited to see him play when the real season starts. Not only to see him play this season, but to see what to expect when he carries the torch once Brady’s years are over. He could be the next Brady.

The constant rivalry by any team against The New England Patriots.

We are all ready for the rivalry towards The New England Patriots from every other team. The constant bring up of deflategate and the assumption that it's true will never go away.

"LeGarrette Blount with the touchdown!!"

LeGarrette Blount is the one who runs like a mad man, which is why he is one of my favorite players. Not only can he catch the ball and hold onto it, but he can run it to get a touchdown.

There's no doubt that The New England Patriots will make it to the playoffs because they seem to always do. No wonder people are threatened by them.