Was not missing 17 minutes of class worth invalidating the voices of a generation? 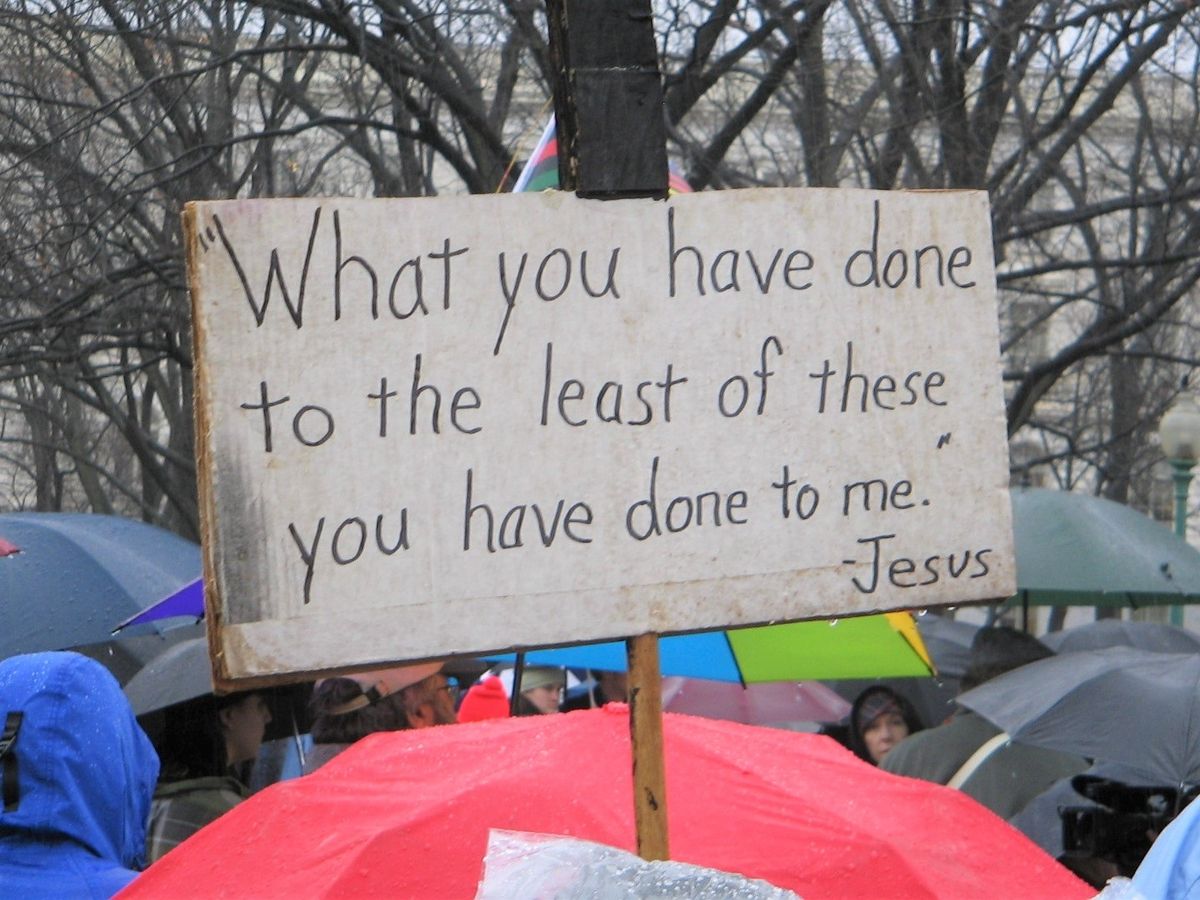 PREFACE: This article is intended as an open letter, addressed to the high school I attended and graduated from: The Academy of the New Church Secondary Schools (ANC) in Bryn Athyn, Pennsylvania. However, this letter applies to all schools nationwide which made the decision to punish any students who wanted to make their voices heard by participating in the mass walkout protest today, on Wednesday, March 14, 2018. Please keep in mind that I do love the school I attended and the town which I have lived in and hold dear. This article is simply to express my disappointment for this action, which is not unique to ANC, and to ask the question as to why this decision was made. This is me, a college student, trying to make my voice heard because my sister and her classmates were unable to do so along with the thousands of other students that walked out of school today in the hopes of a safer future where school shootings don't appear on the front page every other week.

Our nation's students have lost their sense of general security that we all believed was inherent in our school system. Growing up after Columbine, a school shooter was a possibility, but not a real, tangible threat. It was unthinkable. Survivors of school shootings have mentioned how you never believe it will happen until it happens to you.

But things have changed.

Nowadays, students who survive these horrific, life-altering incidents are shouting and tweeting "#NEVERAGAIN." Before researching the statistics behind this sudden explosion in media coverage, I was afraid and uncertain as to why things seemed so bad. The truth of it is that the frequency with which these shootings occur, while still absolutely gut-wrenching, is not as sensational as the media is making it out to be. For a rundown of this, check out this USA Today piece which gives a quick rundown of the statistics (Note: It is an opinion piece, but mentions the statistics that people tend to miss in this area): https://www.usatoday.com/story/opinion/2018/02/19/...

Regardless of the fact that we may not be having a massacre every week as many have been led to believe with misrepresented statistics, the trends and the recent shootings are more than worrisome. Not only that, but they are backed up by the ludicrous statistics behind gun violence in the United States. While I don't want to stray too much into a gun control argument within this letter, I will include these articles with some of the numbers that expose the uniquely American problem with firearms: https://everytownresearch.org/gun-violence-by-the-... and https://www.npr.org/sections/goatsandsoda/2018/02/...

While I believe that we must make changes in federal legislation to help combat this violence, I understand and respect the Constitution of the United States and its Second Amendment: "A well regulated Militia, being necessary to the security of a free State, the right of the people to keep and bear Arms, shall not be infringed." I am not suggesting we ban all guns, and that is difficult to fathom with the number of firearms in this country anyways, but I do think we need to tighten our laws. State laws vary widely when it comes to carrying rights and background checks.

The gun control debate is a divisive and complex issue, more so in this country than anywhere else, thanks to America's gun culture. We won our freedom with these weapons, so it made sense to keep those means of holding onto that freedom. In global history, an unarmed population has been at risk for oppression (see Mao's China), but there are plenty of countries with strict gun laws and relatively peaceful oversight (see modern day Japan or England). There is no simple solution, but we must work together to find a solution.

Another Constitutional Amendment which our society hinges on is the very first: "Congress shall make no law respecting an establishment of religion, or prohibiting the free exercise thereof; or abridging the freedom of speech, or of the press; or the right of the people peaceably to assemble, and to petition the Government for a redress of grievances." Freedom of speech/religion/press/assembly/petition are some of the rights that make America a free nation whose citizens can speak up when they see problems in the fabric of our society.

Arriving back at the core purpose of this open letter, I want to state how deeply saddened I am by the fact that ANC, along with other schools around the country, made the choice to punish students for exercising their rights. While schools may have the actual ability to do so, I only argue that this was a morally wrong decision. These children, entering soon into adulthood as citizens in our country, are directly being told that their fears and their voices, which they share with countless other children, are invalid. They were told on the morning of this event that they needed to fill out a permitted absence form or else they would face the typical consequence of cutting class (which is an hour-long detention at ANC). Seven of the students did take part in the protest in spite of this punishment, and they were reprimanded with only a thirty-minute detention and a suggestion to write to a congressman instead. While I appreciate that this was a minor punishment, it was still a punishment in a situation when I hoped the teachers would be fully supportive (and I know that many of the faculty members did express some sort of support).

I will compare this event with the recent Super Bowl Parade in Philadelphia for the victorious Philadelphia Eagles. ANC requested that same form far in advance, and this covered the entire day. This protest was scheduled to be seventeen minutes long, which is less than half of a normal class period. Not only that, but four of those seventeen minutes would have been between class periods, which is free time for the students.

There seemed to be some confusion surrounding this protest on the part of the faculty, as a flyer posted on a bulletin board even called it a "Women's March" and there was only a day-of notice about the form. This is troubling, because I am also confused at the fact that almost all of the students apparently had knowledge of the protest and yet some of the faculty showed the opposite in their mishandling of the situation. If any of the faculty did not know about this and are reading this, I would greatly appreciate your feedback.

To reiterate, this article is not to bash ANC itself. What happened at ANC pales in comparison to some of the other cases being reported from other schools. Examples have already sprung up of teachers setting up and sitting at tables to block the school doors so that students were unable to walkout, or starting a tornado drill when the walkout was set to begin so that students were forced to stay inside. I respect the entire faculty and staff of ANC and I am hopeful that this was not done in spite but rather in confusion and unpreparedness. This letter only uses ANC as a central target in order to question all of the schools who took a similar stance.

ANC is a religious-based private school which says its students receive a "morally grounded" education, and that its students are "leaders, thinkers, and hard workers [who] go on to study at some of the best colleges and universities in the nation, and are known for their thoughtfulness, their diligence, and their bright attitudes in all they do" (taken from their website: http://www.ancss.org/one-school/). However, when the school said it would punish students for making their voices heard because they are scared for their lives and have been inspired by other brave students who want to effect change, it went against the school's foundations, as well as those of our country. This group of students is thoughtful and diligent and bright, and I have seen this firsthand in my sister and her friends and classmates whom I've had the privilege to meet. With this protest, they were taking action to work on being those leaders, those thinkers and those hard workers who only want a better, safer future for their children one day.

"Never again" has to start with somebody, and the students of today are taking on the responsibility of being those somebodies. So, please explain to me why their voices and efforts were suppressed because they would have missed seventeen (thirteen, in this case) minutes of class time?