An Open Letter To Those Disinterested In The Olympics
Odyssey

An Open Letter To Those Disinterested In The Olympics 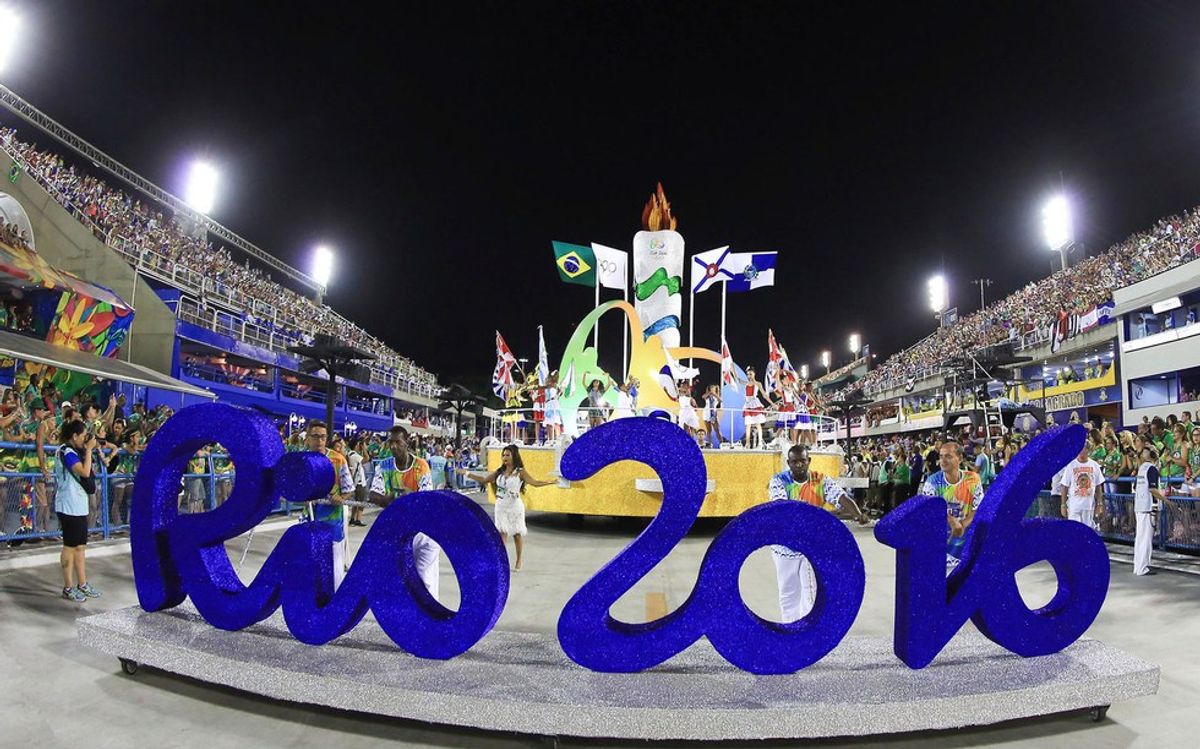 Listen, I feel you. This isn’t going to try to make you feel bad, because I used to be one of you. In fact, I’m not a big sports person myself. That’s probably because outside of some minor CYO teams in elementary school and the bowling team in high school, my experience with athleticism has been severely limited, if not altogether non-existent. Due to asthma, my energetic endeavors were restricted growing up, plus I’ve always been more creative than anything so that’s where my time and effort went. I’m most passionate about the idea of sports and watching other people play and compete than I am about taking part in them myself.

So with that in mind, it’s important to point out that not paying attention to sports isn’t a terrible thing, by any measure. But belittling or not seeing the worth in sports is perhaps short-sighted. There’s more to sports than bodily contact, and the Olympics take the good aspects of sports and place them on an international pedestal, elevating them and showcasing their inherent worth. You don’t have to be an athlete to see the congenital worth of sports.

To me, the Olympics are about togetherness and demonstrating some of the very best feats of humanity. There’s immense power in bringing people together, and this has been one bearing of the Olympics that only strengthens with time. We’ve come a long way from only Greek boys and men being allowed to compete in the games during the ancient times, and I love to just sit and think about all the positive things the Olympics bring to the table.

The most important to me, perhaps, being that the Olympics promote working hard to achieve desired results, which is something everyone can benefit from more of in their lives. In this vein, they also give children something incredibly positive to aspire to and work towards. The Olympics birth dreamers, and it’s my belief that the world can never have too many of those. The Olympics remind me to set my own bar high, and then when I reach that goal, to set it even higher. To take pride in my accomplishments and to never stop growing myself, to always want to be better, not just for myself but for my community around me too, in every enterprise I undertake.

Something that I think is specifically cool about this togetherness factor within the US is the Olympics’ ability to make us forget we’ve factioned ourselves when it comes to sports within our nation. We forget our state or city allegiances for a bit and just become about the good of the nation, showcasing our best talent and hardest workers. I think that’s pretty rad because some of the craziest arguments I’ve seen over the years have been between rival sports fans. The Olympics are synonymous with unity for me.

The Games are also about knowledge and perseverance. Each new place that hosts the Games has the opportunity to tell the world about themselves, to share with us their culture and aid in – you guessed it –bringing the world closer and make our divides and differences that much more smaller and inconsequential when it comes to seeing each other as members of the same species.

Someone more qualified than me can speak to the economic factors of the Olympics, especially since that’s been under scrutiny for quite a while; even more so with all of the problems surrounding the current games in Rio that kick-started Friday night. Which brings me to my next point: Yes, this year there are quite a bit of negative topics of conversation surrounding the Olympics, and those certainly should be discussed and not hidden away. I believe it’s also important, though, that we remember why the Olympics are such a positive thing to begin with, so that when it becomes time to make the changes that are necessary to make, we make them for the betterment of the athletes and the global community; to preserve and grow what is pure rather than raze the whole crop because of a few bad seeds.

So I understand. It’s hard to get into something you’re just not interested or invested in. It’s hard to make yourself focus on the positive over the negative. I’m not trying to tell you to turn on your TV sets and paint your countries flag on your face and body. I’m just saying – there are many great things the Olympics bring to us and teach us. You don’t have to be an athlete to benefit from the Games. You just have to want humanity to be its best possible self. In keeping with the Olympic motto: Citius – Altius – Fortius. Faster - Higher – Stronger. Yes, indeed.