Tell it to exist in the moment, but tell it for the ages to remember. 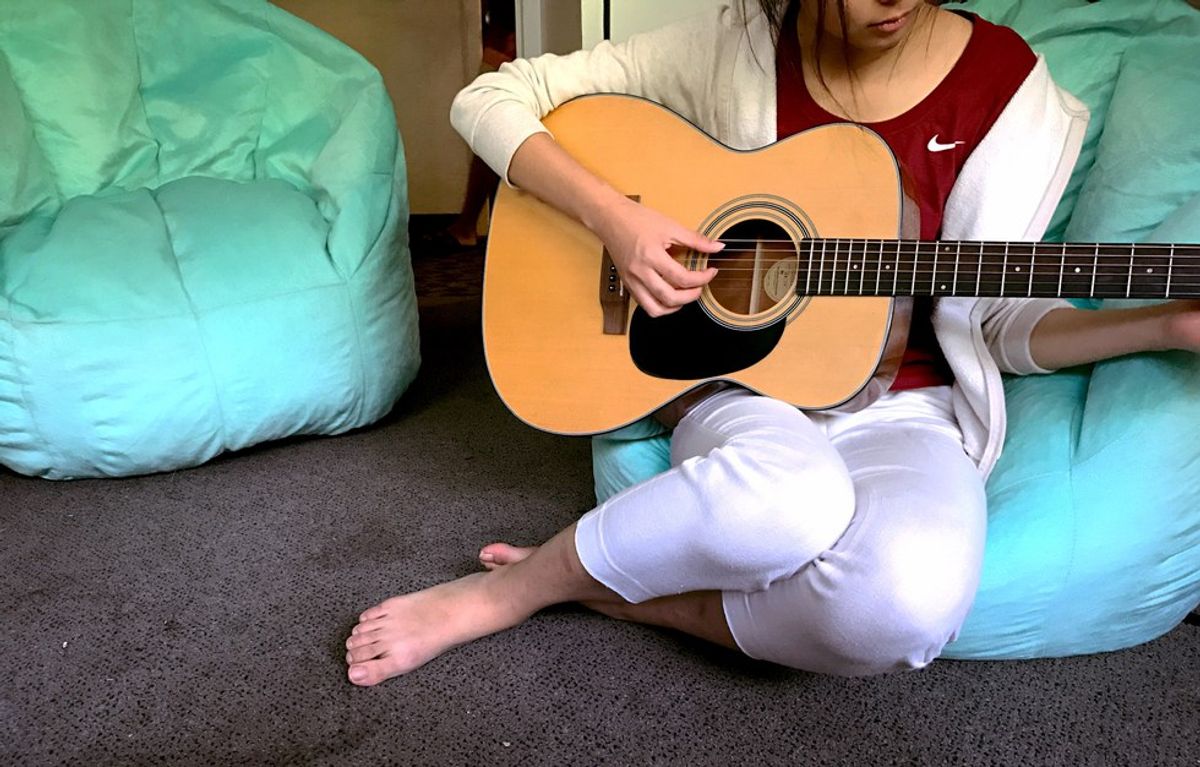 I sit with my legs draped over my backpack—still packed from my Thanksgiving travels—and my laptop across my lap. My friends occupy the large teal beanbags on the floor; one, with his head buried under wisps of dark hair, seems to almost melt into his black sweatshirt. The other strums peacefully on a guitar, halting at intervals to scroll through chords displayed on her phone. She sings at first in Mandarin, then in Cantonese—which no one in the room can understand, but can pronounce with phonetic spellings. There is a haunting beauty to singing in a language you cannot understand; it’s a sort of spell, a secret message. The musicality becomes universal, because the words are no longer tied to their original meanings. Instead, the meaning becomes your own.

We tell stories. His face lights up with excitement; hers breaks into a smile, and recognition flickers behind her eyes. We forget that it’s been an hour; two hours; five hours. We play loud music softly, projecting the notes into the mostly-empty dorm.

I discover the value of truths that exist only in the moment. Right now, I am partial to the sunset—better yet, partial to the cloudy darkness, to the sound of rain on the windows, to the rain that was not supposed to exist here in drought-striken California. I am partial to the now of artificial dorm lighting and beanbag chairs, of sipping tea in mugs that I got for free at a job fair. Perhaps tomorrow, I will realize that I in fact love the sunrise (though it’s rather unlikely, since I rarely wake up early enough for it); perhaps tomorrow, I will remember that, though I said I was seven when the story happened, I was really nine; or that it happened in Disneyland, not Disney World; or that it was not my mother who said those words, but my cousin. But they were true in the moment, and thus they were true for me.

There is truth to the feeling; truth to the emotion; truth to the details as small as the tea leaves on the floor. I don’t have to remember how many tea leaves existed. I could say that there were exactly five, or say that there were tens of them, scattered around the beanbags, my chair, and the books I was reading for my research paper. Each expresses a different feeling, one that shifts and changes with time and memory, but remains true nonetheless. True for me.

And though it might be strange to reconcile this notion of truth with a person who studies science, who works with math, who loves the logical definitiveness that yes, 3 pi is the answer and there could be no other, it’s not as difficult as it seems. One truth exists on paper; the other exists in the moment.

And unless you want your story to be flat, to be dead on arrival, to be discarded like that math exam you don’t want to remember, tell it with the ephemeral truth. Tell it to exist in the moment, but tell it for the ages to remember.