10 Ways In Which Words Have Changed The World
Odyssey

10 Ways In Which Words Have Changed The World

"No matter what anybody tells you, words and ideas can change the world." 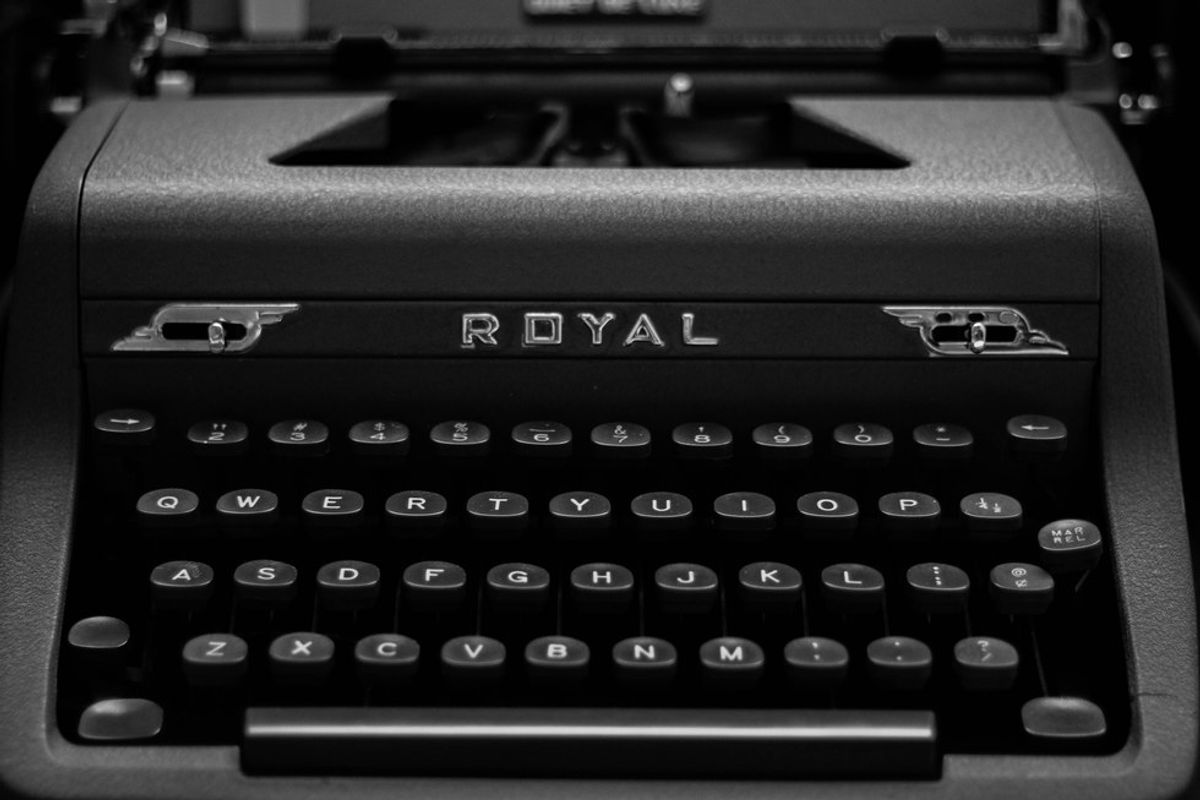 “No matter what anybody tells you, words and ideas can change the world.”

These words were spoken by Robin Williams when he played English teacher, John Keating in the 1989 movie "Dead Poets Society." This statement has held so incredibly true throughout the ages and into the present day. Words have the power to condemn, to liberate and to romanticize.

There has been a wealth of documents, publications, and speeches that have “changed the world” through the course of human history. I have put together a list of just a few of the highlights. Bear in mind that this list is in no way all-inclusive and is just a personal compilation of historically powerful statements.

According to History, “This elegant, two-volume Latin Bible was one of the earliest works made using movable metallic type, a system of individual letters and character pieces that could be rearranged and reused during printing. Its popularity signaled a global revolution for the written word.” It is no coincidence that the Bible was the first mass-produced volume in history and is currently the world’s number one best seller .

According to History Medren, “Much has been written about this epic poem, and it will surely continue to inspire scholarly investigation and debate, both literary and historical… The poem has also inspired fresh creative works, [including] Tolkien's Lord of the Rings… and it will probably continue to do so for centuries to come.” I had the frustrating privilege of reading this Anglo-Saxon epic in high school and, although tedious and difficult to understand, the feeling I got from reading something so rich in history and steeped in academic thought was incredible.

4. Ronald Reagan, “Address to the Nation on the Challenger”

In light of the shocking tragedy of the 1982 Challenger explosion, President Ronald Reagan addressed a shell-shocked nation and honored the lives of those lost in the pursuit of exploration. Reagan spoke in his usual strong and caring way when he said, “…The future doesn’t belong to the fainthearted; it belongs to the brave. The Challenger crew was pulling us into the future, and we’ll continue to follow them…” Reagan’s strong and compassionate countenance offered comfort to a nation mourning the loss of true “pioneers.”

Martin Luther sparked the flames that engulfed the corrupted institution of the church and brought forth the Protestant Reformation. In defiance of the current Pontiff, Luther began his famous document simply saying, “Out of love for the truth and the desire to bring it to light, the following propositions will be discussed at Wittenberg, under the presidency of the Reverend Father Martin Luther…”

6. The Bill of Rights

7. The Treaty of Versailles

The Treaty of Versailles ended one nightmare while it simultaneously planted the seed that brought forth man’s next unthinkable tragedy, World War II. According to History, “World War I officially ended with the signing of the Treaty of Versailles on June 28, 1919. Negotiated among the Allied powers with little participation by Germany, its 15 parts and 440 articles reassigned German boundaries and assigned liability for reparations.” Despite the initial achievements of the Treaty, the hostilities of the humiliated German nation engulfed their proud spirits and stoked the fire that would ravage Europe during the coming Second World War.

8. Anne Frank: The Diary of a Young Girl

In her poignant first-hand telling of the horrors of World War II, Anne Frank masterfully immortalizes the heart-wrenching personal account of herself, a 13 year old girl, clinging to

whatever innocence she could. In one of many powerful statements found in her diary, she says “I don’t think of all the misery but of the beauty that still remains.” Anne Frank was a beautiful soul that persevered in the face of the worst of human hatred and injustice right up until the end. Her resilience and insight is something that everyone can learn from.

9. "The Canterbury Tales" by Geoffrey Chaucer

This collection of stories is my personal favorite among medieval literature. The tales are witty and show an interesting perspective on the happenings of the times. I recommend reading the original text alongside a modern translation, because you are then better able

to understand the depth of the literature. According to Biography Online, the “Canterbury Tales’ are a collection of 20 books written in Middle English, telling accounts of English life in the Middle Ages. Chaucer was a master story teller, also including criticism of the church and aspects of English life. The book was an influential moment in encouraging the use of English – as opposed to Latin.”

10. "Leaves of Grass" by Walt Whitman

The inclusion of Walt Whitman on this list, to me, is a given. Not only for the reoccurring references to him and his poetry in the movie "Dead Poets Society" or for the fact that he’s my favorite poet, but for his impact on the poetic status quo. According to The Hyper Text , “Whitman was the first major free verse poet, he was highly influential with American and English poets to come, and with poets all around the world who chose to either break the rules of formal verse, or greatly relax them… He helped change the culture of modern art.” Although his lifestyle was questionable, his mastery of language and influence on his genre is unmatched.

In conclusion, I challenge you to ponder the power of words, both written and uttered in order to realize their potential. A potential to ignite positive change. An equal potential to squelch it. I leave you with the words spoken by Williams at a pivotal moment in "Dead Poets Society,"

Caitlin Marie Grimes
University of South Florida
9400
Beyond The States